Ever wanted to travel the stars, but couldn’t pass the astronaut exams? We’re here to help you boldly go where some have gone before.

The first step of space-going is space-knowing, yes?

Universe Sandbox will tell you all about space. It’ll show you the round spinning things and the big sprawling things which kind of look like fried eggs made of cobwebs – they're called galaxies – and all that other ‘space stuff’.

You can move galaxies around, change gravity and smack 'em together, which looks real pretty. Maybe that's the point of space. Stuff smacking into other stuff.

It's all very technical. 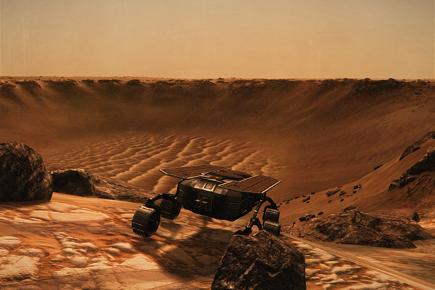 The second step is to fire something into space and start poking around. Not a person, obviously – what kind of irresponsible joker would send a living creature into that without giving it the once-over first? No, build a robot or something.

Mars is a great starting point - you're not planning to set up shop there, so it won't matter if you knock anything over, leave tyre tracks everywhere or generally make a mess of the place.

This simulation of a Mars exploration mission is hardcore, so you'll be able to see every jolt and jitter of your little buggy. Just try not to knock any of his wheels off, unless you really want to stare at the same 10 feet of Mars forever.

Get Take on Mars here 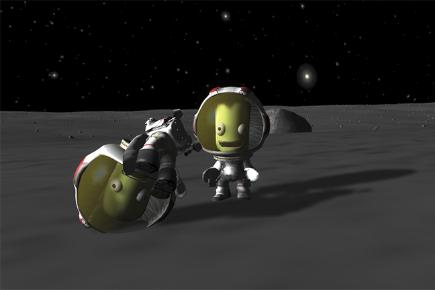 Now that you know what it looks like up there, you're ready to get close and personal.

This part requires a crew of top scientists, startlingly realistic flight physics and three slightly dim test subjects. Don't worry if they die – just tell their families that they were crushed beneath the noble wheels of progress.

Just don't tell their families that you tied a huge engine to one side of the rocket, then watched it tip sideways and hurtle across a field before erupting into flames. Grieving relatives don't tend to appreciate the finer points of scientific development. 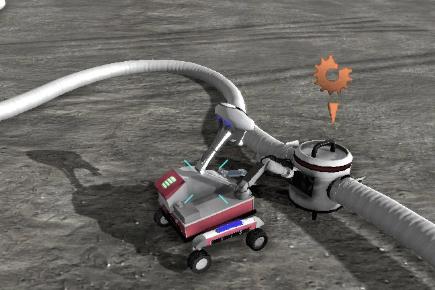 Getting to the Moon makes you a genius. Establishing a base up there makes you a total badass. Watching it die of terminal meteor strike makes you a muppet.

Nasa wants you to get your gloves, get a friend, and get down to some co-operative DIY. It also wants you to understand how goddamn cool space is, which it is. That's what we've been saying too.

Not that you care personally about this base. It's just a stepping-stone on your way to something bigger and better. Something which has you piloting fewer tiny cute robots and more battlecruisers. 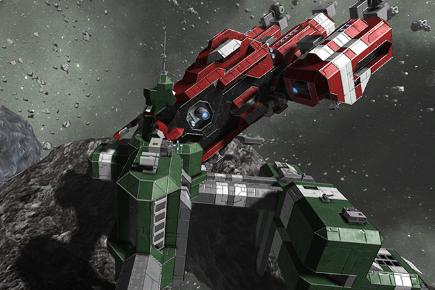 That little rock we call the Moon is a fabulous place to start, but you don't want to be tied down forever. It's time to throw your heart and soul into building an intergalactic caravan and taking this show on the road.

But be careful – this ship is going to cradle a cargo of human life within itself; a tiny, infinitely precious flicker of mortality in the harsh depths of space. Build it right. Keep them safe. Take your time.

And if you should happen to spend most of that time crashing spaceships into each other? Science.

It's all for science.

Now that you're up and exploring, it's time to make new friends and conquer people.

You start by stretching your little feelers out and colonising a planet. And then another one.

Keep going until you start butting up against somebody else's territory, then contact them, pretend to be besties, and insert Dagger A into Spine B the moment their back is turned.

It's a jungle up here. A space-jungle. 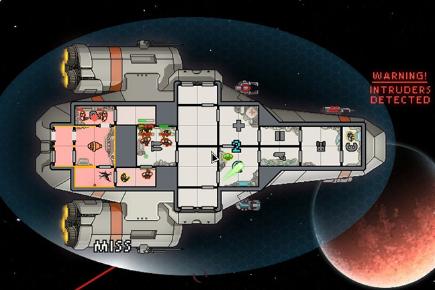 Having ticked off everyone for five galaxies around, you are now persona non grata. Who knew intergalactic genocide and slavery was so unfashionable?

With those ingrates howling for your blood, the only option is to build yourself a decent craft and get the hell out of Dodge. 'Dodge' being used here to mean 'anything further than five feet behind you'.

Panic your way through the unknown reaches of space; fighting and/or fleeing from its many, many dangers. Everything is hostile. Friendship is an illusion. 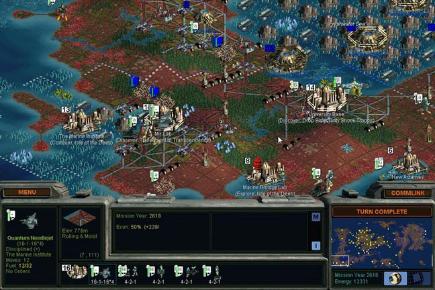 Finally, you can rest your weary head and begin anew on a lush, resource-rich planet. A planet far away from that old trouble and strife.

A planet which, it turns out, is sentient and eyeing you like you were looking at its bird. What do you, a now-experienced Space Person, do about it?

Form a hideous dystopian nightmare society and try to avoid the mind worms, that's what. If push comes to shove, build forcefields over all your bases, then melt the polar ice caps and wait for the rising sea level to drown every innocent, terrified beast on this damn rock.