The blocky blighters have lovingly recreated a lot of our favourite films, but which are the best Lego movie tie-ins?

Has it really been nine years since Lego Star Wars showed George Lucas the true meaning of the term ‘block buster’?

Apparently so – and with Lego The Hobbit taking us back to Middle Earth, we thought it was high time to celebrate the brick-smashing silver screen journeys TT Games’ brilliant series has taken us on.

Lego Pirates of the Caribbean: The Video Game 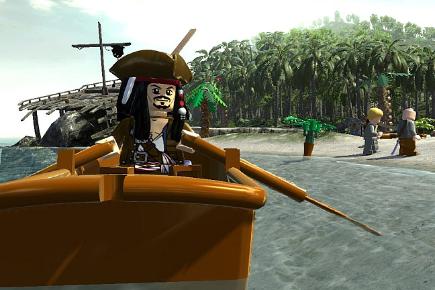 Released alongside the franchise's fourth film, On Stranger Tides, Lego Pirates skipped through the key set-pieces of the cinematic quadrilogy with a nimble grace quite unlike the drunken gait of roguish hero Jack Sparrow.

And, in Lego form, the game had an even funnier lead than Johnny Depp, with his miniature counterpart teetering and swaying hilariously with every step.

The flabby At World’s End in particular was expertly downsized – TT Games even dared to subvert the baffling double- and triple-crossing plotline in superbly succinct fashion, while the beautiful, exotic locales made this one of the best-looking Lego adventures yet. 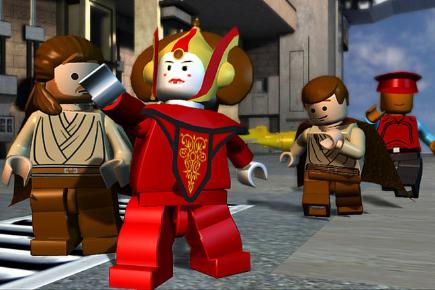 This just pips the second Lego Indiana Jones game onto our list – despite the latter miraculously transforming the mess that was Kingdom of the Crystal Skull into an engaging piece of digital entertainment.

In fairness, some would argue that TT had the same issue three times over with trying to recreate the maligned prequel trilogy, but this six-episode set spreads out its highlights fairly evenly, no doubt benefitting from the absence of Lucas’ tin-eared dialogue.

It’s perhaps at its best on the Wii, as you can wield the remote like a lightsaber in combat, your aimless swings effortlessly translated into swift, precise strokes accompanied by that trademark electronic vwooom emanating from the controller’s built-in speaker. Irresistible.

Last year’s best-selling Lego adventure may not directly follow the events of any of the Marvel universe films, but there are many nods to both Avengers Assemble and the X-Men movies in the game.

Clark Gregg reprises his role as Agent Coulson, and the impersonations of Professor X, Magneto, Thor and Loki are all based on their silver-screen counterparts.

The standout moment, however, asks you to use Hulk’s special attack on Loki – as the green-skinned beast mimics the ‘puny god’ scene from Avengers Assemble, an Achievement with the same name pops up. Brilliant. 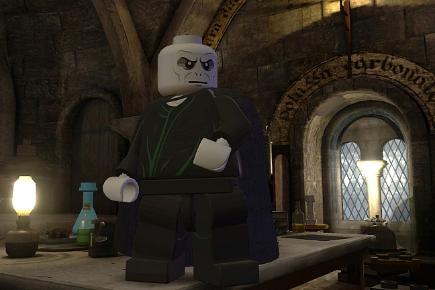 It’s a close call between The Boy Who Lived’s first four years at Hogwarts and his final three. Both offer a remarkable recreation of the famous school of witchcraft and wizardry, allowing you to engage in both with some wonderfully mischievous results.

Both games recreate Potterworld with a mix of authentic and decidedly non-canonical touches, but it’s the later that has the edge, perhaps because of the way it handles the darker, more grown-up themes with a delicacy that keeps things from getting too grim.

Strictly speaking, this Wii U exclusive may not be a movie tie-in, but there are so many filmic in-jokes and references stuffed into its bright and busy sandbox that it surely counts.

Terrible loading times aside, it would be one of the finest Lego games even without its many affectionate nods to Hollywood favourites.

But an inspired coffee-based Dirty Harry gag (“I know what you’re thinking – did I have six shots, or only five?”), along with a wonderfully silly Titanic tribute, a hilarious Matrix parody and a dead-on Shawshank Redemption homage (complete with Morgan Freeman soundalike voiceover) make it a particular delight for those who know their cinema.

Lego The Lord of the Rings 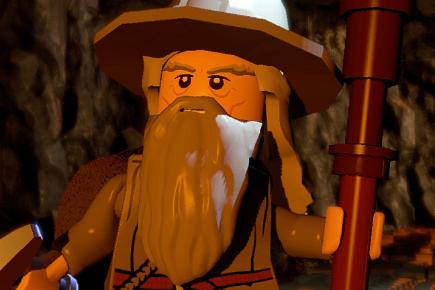 Released almost nine years after the cinema debut of Return of the King, what Lego LOTR lacks in timeliness, it compensates for elsewhere.

Rather than a series of episodic adventures, it ties the three movies together in a single narrative thread, making for a surprisingly epic journey in miniature form.

Middle Earth is recreated in astounding detail, with many characters from the wider Tolkien lore – and absent from the films – making cameos here.

It also takes one bold creative risk that pays off handsomely, lifting music and dialogue directly from Peter Jackson’s adaptations.

While such an approach would suggest a more sombre tone, if anything Tolkien’s portentous prose being spoken by Lego characters makes the cutscenes even funnier than usual.

Lego The Hobbit is released on Friday April 11.