Mundanity at play: the most boring jobs in games

In games you can be anything you could imagine – yet some of the best fun comes from taking on the most boring of jobs.

In the city of Gameland, when the family is sitting around the dinner table and young Holly – eyes bright with fear, shoulders squared beneath her power armour – announces to her parents that she wants to become a chemist, all hell breaks loose.

Betrayed (but stoic) tears from her father; bellowed accusations from her mother – it is too much for the girl and she kicks down the door, fleeing into the night in search of a rooftop to brood upon. There is stony silence behind her. Nobody follows.

The streets are filled with grizzled cops swigging from half-empty bottles. Holly finds her rooftop, weeps, and dreams of a better world. 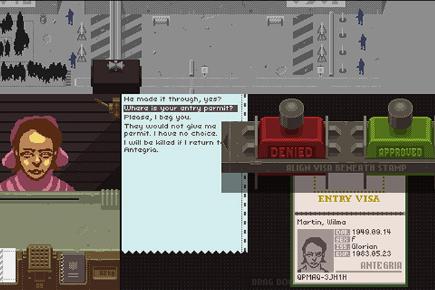 Feel like you're not reaching your full potential? Enjoy low pay, long hours, and the sobbing of bereaved children? Do you dream of watching your soul slip away, inch by inch?

Then join us at the Arstotzka border checkpoint today! You'll meet interesting people, check their height and weight against their official documents, then send them back to whatever war-torn hellhole they staggered out of. Errors will result in financial penalties. Participation is mandatory.

That's a nice family you have there. Be a shame if they starved to death. 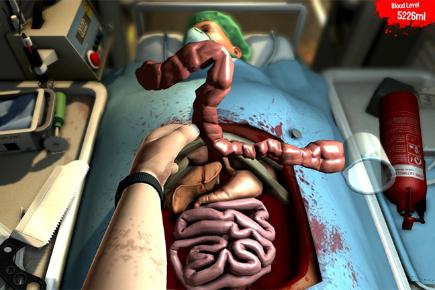 They're marvellous people, as a rule. Even when they're terse, moody sods, you can't help but think 'Yeah, but she probably saved somebody's life today. That earns her the right to be a bit narky'.

And if in the process she happened to, say, knock some pens into said somebody's open chest before sewing him up, who are you to judge? You probably don't even know which part of a person the chest is.

Be a doctor. Save a life. They probably don't use all of that lower intestine anyway. 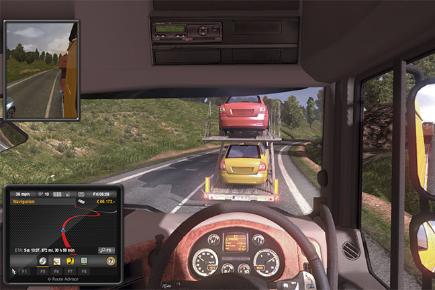 Lay down that controller. Put the keyboard to rest. Turn off Dark Souls II for the first time in three days. This lorryload of ice cream needs to be in Düsseldorf and it needs to be there yesterday.

Haul yourself up into the cab and shut the door. Listen for that click which tells you the catch has caught. Smile. Buckle yourself in for an all-nighter across three countries.

The people of Düsseldorf will not wake tomorrow to meet a world without frozen dairy products.

Harvest Moon is gentle. It's a tiny tabby kitten purring against your cheek. You raise animals, love them, cherish them and, eventually, bury them in a marked grave while onlookers weep for the delicacy of mortality.

You never find yourself elbow-deep in a sheep at 3am.

It might be the most sanitised version of farming the world has ever seen, but its soaring sales say that millions long for a world without butcher's shops. Right before they get stuck into a bacon butty, the bloody hypocrites. 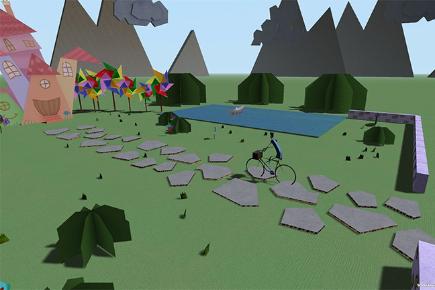 Fakteur is a winsome little (translated) French freebie set in an origami world. You play a postie on an old fashioned bicycle, delivering mail to its inhabitants.

It's slow and sweet and calming. There are cows. Paper cows.

Of course, it's less about being a postman than a sort of correspondence vigilante; rewriting each letter to how you think it should read. You're not troubled by such trifling matters as ethics or lawsuits. The sky is clear, the sun is shining, and you're withholding medical information from a dying man. Life is beautiful. 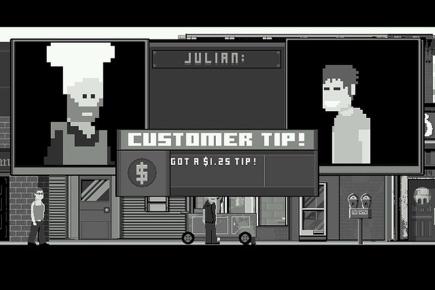 Get up! Though you're weary and aching.
There's money that you must get making.
Just work on your cart
While your life falls apart
and your landlord keeps taking and taking.

There's always another day dawning.
Drink coffee (still tired, still yawning).
What else can you do?
It's life: see it through.
Perhaps you own something worth pawning?