What has massive videogame-and-toy franchise Skylanders got in store for fans young and old? Activision’s John Coyne gave us the lowdown.

John Coyne, senior vice president of consumer marketing at Activision: Well that’s a tough question, because generally speaking I can’t say! We’re not revealing the new game just yet, because we’re still keeping the innovation under wraps. I can tell you that it’s pretty exciting – it’s a game-changer, it’s being developed by Toys for Bob again. But everyone’s going to have to wait a couple more months for more details.

Will there be more gaming spin-offs for Skylanders?

We’ve already done some mobile gaming apps for Skylanders, we currently have a Skylanders collection vault out, so yeah – as a franchise the characters, world and innovation is compelling so we’re constantly evaluating and looking at potential places to take the franchise. 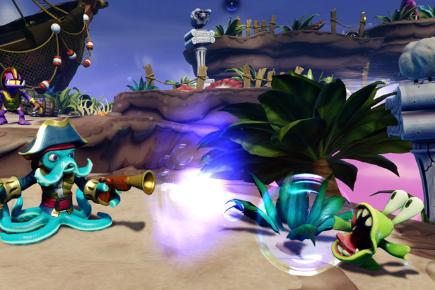 How much input is there from kids into the design process of Skylanders?

We’re constantly testing and evaluating with kids on many aspects of the game and the marketing of the game. Insights from kids are incredibly important for us, so it’s a continual thing that we look to them for guidance on. And it’s fun!

As the current audience gets older, will the focus of Skylanders change?

No – the wonderful thing is you have kids growing up with the franchise, but you also have new kids discovering the franchise every year as well. So we don’t really see a need for changing the core target of the Skylanders franchise.

Maybe a more grown-up version could fit into the spin-offs?

We don’t have a spin-off per se – we have the mobile games and then we have the core console game release. 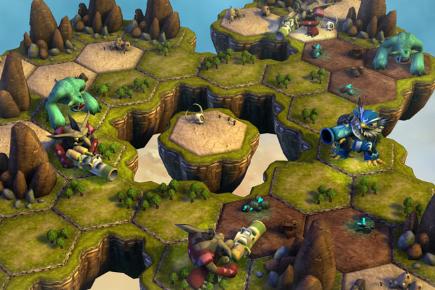 The toys are platform agnostic – they can be used on copies of the game on any format. Could you see a future where Skylanders goes totally standalone, abandoning consoles altogether?

The crossplatform nature of Skylanders was really key in that we wanted kids to be able to take their Skylanders and play with them at their friend’s house – it didn’t matter whether their friends owned a different system. But we very much see that consoles are key to our gaming experience.

Will the Skylanders series ever return to PC and Mac?

Not currently. We’re more focused on the console gaming format at the moment. 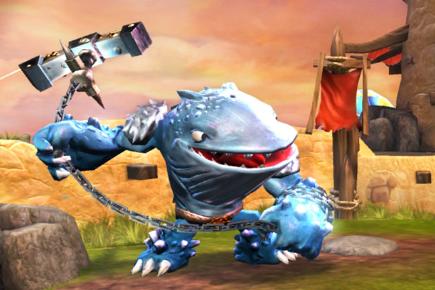 For someone to own everything in the Skylanders world, it’s not a small investment. Do you ever have parents getting in touch demanding you tone down the number of toys released?

Normally the letters that we receive from kids and parents – believe me we get a lot of letters – they usually request a lot more Skylanders, not less!

The interesting thing is with the figures themselves – one thing I think is great about the Skylanders franchise is how long kids engage with the game because of the figures. For the purchase of a figure it means they go back and keep playing the game versus playing through a game and then wanting a different game. So it’s sometimes seen as positive.

Sort of a perpetual experience…

Considering it’s been three years since Skylanders was released and it’s a huge success, is it surprising that there’s so little direct competition, aside from Disney Infinity?

It’s not as easy as I think it looks – creating a game like Skylanders and the characters that go along with it is a sizeable undertaking, so it’s not wholly surprising that we’ve not seen more direct competition.

Do you think we’ll see more in future?

I can’t say. It’s obviously a question we get asked a lot – we tend to focus more on what we’re doing.

I’ve been in this space for many years and my experience always tells me that the key is to focus on what you’re doing and innovating because it tends to be innovation that wins the day. When you look at franchises that endure over time it’s things that always offer something new – so that’s something we’re focused on.

There are many licensing deals in place, but one thing that stands out in its absence is Skylanders movies, cartoons, that sort of thing – are there any plans in place to bring it to the screen?

That’s not something that I can really comment on. We see the game itself as an entertainment experience, and we’re focused on delivering the magic and the entertainment through the game. So far it’s proved a pretty successful formula for us.