The rise, fall and rise of Lara Croft

As Tomb Raider: Definitive Edition hits the shelves, we take a look back at the varying fortunes of one of Britain’s greatest exports.

Set your watches for 1996, ladies and gentlemen, because Tomb Raider: Definitive Edition is out there. Yes, Lara Croft has come of age, and like many 18-year-olds, she can look back over a blissful childhood that gave way to some decidedly embarassing teenage years before she found her true self once again.

When Ms Croft made her debut it met with applause, adulation, and other complimentary words beginning with A. Critics raved, fans swooned and publisher Eidos Interactive rolled around in Olympic swimming pools of money.

Despite all the influence that Tomb Raider had on 3D design and platforming, don't let anybody tell you that it was primarily the game proper they were going gaga over - it was all about her.

Reviews of the time were filled with gushing paragraphs over how positively fantabulous Lara Croft was. This was The female character, The icon, The one who was everything we never knew we wanted.

(Even if some of them did write about her in a way that, shall we say, made you wonder if they'd ever raised their gaze high enough to register her eye colour.) 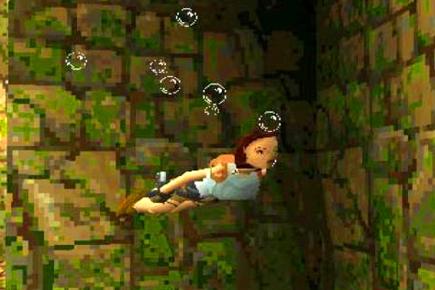 Tomb Raider – and its star – wasn't so much a game as a cultural phenomenon. Mainstream magazines ran features about her. Even Lucozade wanted in on the action, ponying up the cash required to slap her face on its ads.

When the sequel came out in 1997 it turned an even higher profit, prompting Eidos to start churning the games out like a factory production line.

Yet somehow, the series held off 'truly terrible' in favour of 'a slow descent into beige goop' for a commendable six years before imploding in a blaze of shame and ridicule.

Tomb Raider: The Last Revelation - I Can't Believe It's Not Tomb Raider.

Tomb Raider: The Angel of Darkness - oh holy hell, we didn't mean like that. 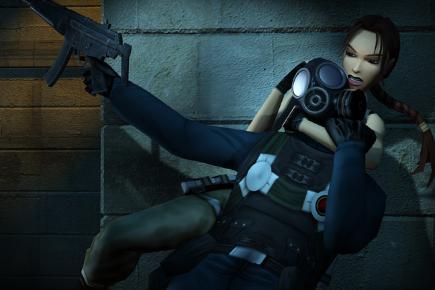 The Angel of Darkness was the kind of bad which gamers talk about in hushed whispers around the campfire. It bugged. It crashed. It thought it was dark and twisted, but really it was like watching your cool little sister go through an ill-considered teenage goth phase.

The plan was to take the series in a new, edgy direction. Lara would find herself on the run from the law, chased for a murder she didn't commit. There would be a serial killer. Hideous experiments. A Sinister Somebody trying to awaken the last of the fiendish Nephilims – that crack you just heard was the sound of a thousand theologians snapping their pencils in rage – and... use it to do whatever Sinister Somebodies do.

Sadly, the game was eventually made and released to the public.

Then Eidos took the series away from the original developers and gave it to somebody more responsible.

Two unobjectionable games later, somebody got the bright idea of pretending the last 15 years had never happened and here we are today, looking up at the glamorous, critically-acclaimed lights of the reboot. 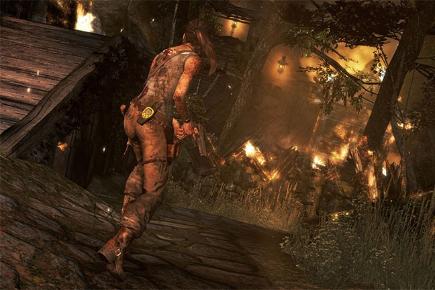 Because golly gosh, this is a game which loves its gore.

It loves its gore and its grime and its guts, but possesses little to no affection for the consciously camp hijinks of its namesake. Tomb Raider (2013) is very much a remake for the modern era - combat-focused and gritty enough to make you take off your boots and shake them out.

To some, it's a brutal origin story which adeptly handles a young woman's journey from sheltered, affluent youth to the adventuress of past glories. To others, it's the sad loss of a playful, pulpy heroine to the currently-in-vogue conviction that Suffering Is Art.

All we can say is that it seems oddly serendipitous that, as Tomb Raider retakes its old crown, it carries the same name it did when it first forged it. Perhaps it's even symbolic.

Or maybe it's just cruel irony.