Coming back for one more throw of the role-playing dice, we find out if Lightning can indeed strike thrice.

It’s to Lightning Returns’ credit that it winds down the confusing plot in exchange for something simple. Ish.

Lightning wakes up after 500 years in crystallised sleep with phenomenal power and with fantastic timing - the world’s about to end. She only has a few days to save as many souls as possible before God moves them all to a new world.

Lightning’s not just doing this out of the goodness of her heart though – if she saves enough souls and maximises her time (she’s granted extensions based on how many souls she saves each day) she’ll get to see her deceased sister, Serah –who was the protagonist of Final Fantasy XIII-2 – stay with us now – resurrected. 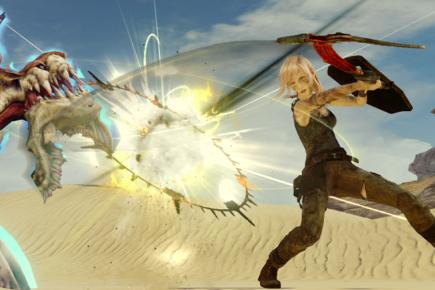 It seems a lot to take in, but compared to Final Fantasy XIII and XIII-2, which were both baffling, it’s refreshingly simple.

Lightning Returns is also probably the best of the Final Fantasy XIII games. Everything good about the previous games remains intact (art design, music, combat), but there’s a greater emphasis on exploration and side-quests.

The latter was something missing from the original Final Fantasy XIII, and something which sent long-time franchise fans into an almighty strop.

Actually, it’s a little bit like Legend of Zelda: Majora’s Mask, in the way that you have to help as many people as possible in what little time you have left.

Obviously it’s not as deep or psychologically disturbing as Majora’s Mask (seriously, that’s one of the darkest games of all time), and the quests rarely amount to more than ‘find this thing’ or ‘kill a bunch of monsters’.

But compared to the ‘run forward and fight everything’ repetition of XIII and the time travelling, brain-melting of XIII-2, it’s nice to have a Final Fantasy that has you going around talking to non-player characters and mooching about in towns again. 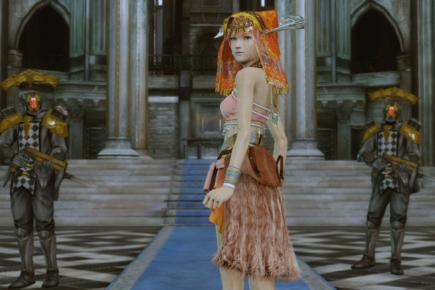 Although you can’t mooch not for too long, because there’s a clock ticking, and you’re desperately aware of it at all times.

It can even become a bit stressful, as you’re whisked back to some celestial mothership at 6am every day for a pep talk, so you really do have limited time to do quests.

On the one hand, it’s understandable - the world’s about to end and Lightning probably shouldn’t be spending her time looking at new hats. But at the same time, there’s nothing worse than being rushed in a game.

Despite some issues, Lightning Returns: Final Fantasy XIII is an enjoyable, highly fantastical romp and a nice note to leave it on before Final Fantasy XV shakes everything up.