It’s taken 17 years, but we finally have a game that looks as badly drawn as South Park itself. Oh, and it’s brilliant.

***THE ABOVE VIDEO REVIEW CONTAINS STORYLINE SPOILERS - you have been warned!***

Beset with delays, thrown from one publisher to the next, censored in Europe – based on a TV show – the warning bells were ding-a-linging for a long time when it came to South Park: The Stick of Truth.

So it’s quite… confusing… that this has turned out to be one of our favourite games in recent memory.

The Stick of Truth takes its cues from role-playing games like Paper Mario, Zelda and Final Fantasy, mixing exploration with turn-based combat as we have seen so many times in the genre.

But what The Stick of Truth does differently – and are you sitting down, because this may shock you – is that it’s South Park. And that, friends, makes more of a difference than we ever could have hoped.

The involvement of South Park creators Matt Stone and Trey Parker shows in every pore of this admittedly authentically shoddy-looking game. 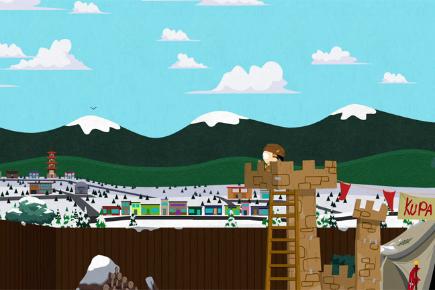 Almost every major character from the TV show’s 17 years makes an appearance in some way, shape or form (though we might have missed Satan and Saddam Hussein), and the depth of knowledge and care shown towards the license is… well, what you’d expect from the guys who made it.

This is no Chef’s Luv Shack or South Park Rally – and thankfully it’s not the execrable original South Park game. This is something made by the people who made the show, who happen to love games, and who drafted in a studio known for making fantastic RPGs.

How could it ever have gone wrong? Well, it could have. But it hasn’t. And that’s a genuinely joyous situation to be in if you’re a South Park fan.

One of the most pleasing aspects of The Stick of Truth is just how honed an experience it is. We worried initially that it might not be able to hold out for the expected 50-or-so hours you usually get from RPGs. We were wrong to worry that.

Those making the decisions clearly knew their limits, and as such The Stick of Truth clocks in at around 15-20 hours for a single play-through. 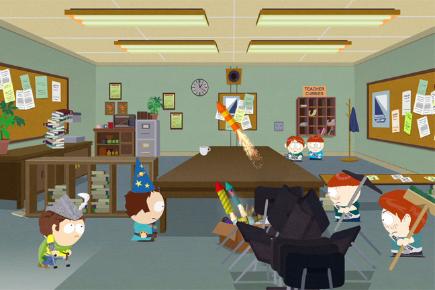 That might seem short to some, but it really doesn’t feel it – and we’d much rather a game with such depth and detail to every single encounter and adventure, rather than a sprawling, unfocused timesink.

The Stick of Truth builds slowly and assuredly, from a very relatable beginning into the utter ludicrousness one would expect from the show – and it all makes sense. It all works. It’s all welcome.

Yes, there will be some turned off by the RPG mechanics, who don’t want numbers and stats and +1 swords and all the rest of it. And yes, there are still those deluded few out there who feel South Park isn’t actually any good.

Will this appeal to them? Absolutely not. Does it matter? Less than you might imagine. The Stick of Truth is the closest we’ve ever been to a perfect South Park game – maybe even the perfect licensed game.

And that’s good enough for us.

It looks brilliant, it plays well, it’s the perfect length and it’s lavished with love, care and attention from top to bottom.

If you play South Park: The Stick of Truth, you’re (not) gonna have a bad time.