10 mysterious places to visit in Britain

Discover some of the most mysterious sites in the UK…

One of the most famous tourist attractions in Britain, this collection of stones dates back to around 3000BC and was estimated to have taken more than 30 million man-hours to erect (and how exactly these huge rocks were put into position has sparked countless theories).

The unearthing of thousands of cremated bones at the site suggests it was originally a burial ground – but there’s also evidence that the stone circle was used for animal sacrifice, while others say it was a place of healing, or a ritual pilgrimage destination. 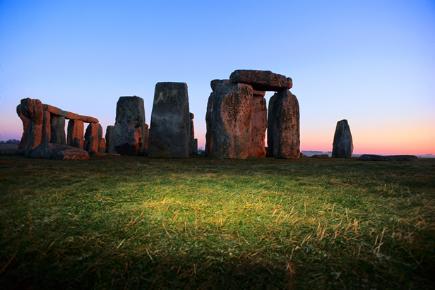 The waterfall and hermitage at St Nectan’s Glen was once venerated by the Celts, but the picturesque landscape is connected to Arthurian legend as well. It’s believed the King and his knights visited the Glen for a blessing before they began their search for the Holy Grail.

This cruciform collection of huge, Neolithic stones near the village of Callanish has been the subject of a variety of mysterious stories throughout the years.

Traditionally, it was believed the stones were petrified giants who had refused to convert to Christianity. It’s also rumoured that on midsummer morning, an apparition known as the ‘Shining One’ walks between two rows of stones. 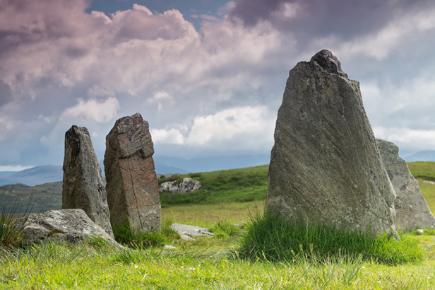 Meaning ‘Fort of the Grange’, Ireland’s largest stone circle is positioned so that at summer solstice, the sun shines directly into the centre. But by night, locals apparently won’t enter – fearing the deathly entities that supposedly inhabit the circle after sunset.

It may not have the Neolithic heritage of an ancient stone circle, but stunning Canterbury Cathedral has its own miraculous history. After Thomas Becket was murdered in the Cathedral in 1170, a series of miracles attributed to the canonised Archbishop were reported. The stories – including the curing of diseases and healing of grievous injuries – are depicted in the Cathedral’s stained glass windows.

Part of the same UNESCO World Heritage complex as Stonehenge, lying 25 miles away from it, this stone circle is the largest in England. Like Stonehenge, the discovery of bones suggests the site was used for ritual burial purposes – but it’s also been argued that the Avebury stones relate to gender, because they are either long and thin or short and wide. 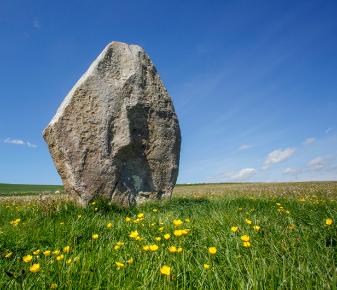 Legend has it that a valuable treasure chest is buried beneath this hill that was once a Roman Fort, guarded by a raven. It’s said that the treasure was once uncovered by a local villager, but when the man was spooked by a huge raven overhead declaring “he has not been born yet”, he buried the chest again – and it remains undiscovered.

While many Neolithic stone structures appear to have been used for ceremonial purposes, the well-preserved settlement at Skara Brae in Scotland was actually inhabited by people and even had its own drainage system.

Many artefacts have been found at the site, but one mystery remains: experts still haven’t been able to translate a type of ancient runes discovered there. 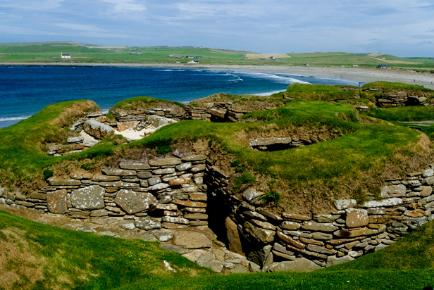 Spread across three hilltops, it’s believed that Loughcrew Cairns is primarily a burial ground, scattered with megalithic tombstones. The site also features surfaces carved with ancient art – some of which are illuminated by the sunrise on certain days – but it’s unclear what the artworks mean. Shields, astronomical symbols and even games have all been suggested.

Another very famous ancient attraction, the hill topped with St Michael’s tower has been associated with a whole Round Table’s worth of Arthurian tales. It was believed that the hilltop was once Avalon, the island where King Arthur recovered after a bloody battle, and in 1191, monks at Glastonbury Abbey claimed they had found the graves of Arthur and Queen Guinevere, while in the 1920s it was suggested the Tor represented Aquarius in a giant, 5,000-year-old zodiac spread across the land. 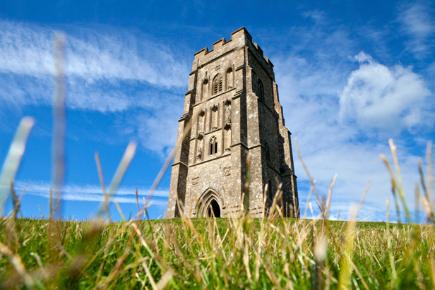