We’re raising a glass to the scintillating spirit by revealing 16 things you never knew about it on World Gin Day (June 9).

Gin is the nation's new favourite drink but there's many misconceptions when it comes to gin.

While James Bond prefers his vodka Martinis shaken, not stirred, when it comes to the gin-based version, head distiller at microdistillery Sipsmith says stirring is the only way to go.

Read on to find out why, plus 15 other fascinating facts about gin…

1. The country with the world's highest per-capita gin consumption isn’t the UK, it’s the Philippines, with an estimated 25 million cases consumed annually.

2. London Dry Gin doesn't need to be made in London – it’s a broad style guideline rather than a legal indicator.

3. Old Tom Gin originated in the 18th century, and is generally a rounder and sweeter style than London Dry Gin.

4. Gin's primary flavour is the sweet pine and soft citrus of the juniper berry. All other botanicals are added to highlight nuances of this complex and sophisticated flavour.

5. The juniper berry is actually not a berry at all. It is a female seed cone, a highly evolved pinecone with fleshy and merged scales that give it the appearance of a berry.

6. The best way to taste gins for comparison is at room temperature, diluted with an equal measure of water. This reveals both qualities and flaws.

7. Gin was born around 1689. The earliest known food pairing occurred in 1731, when it was matched with gingerbread. This became quite common and is still traditional in parts of England.

8. At one time, there was a working gin ‘still’ in one out of every four habitable buildings in London. 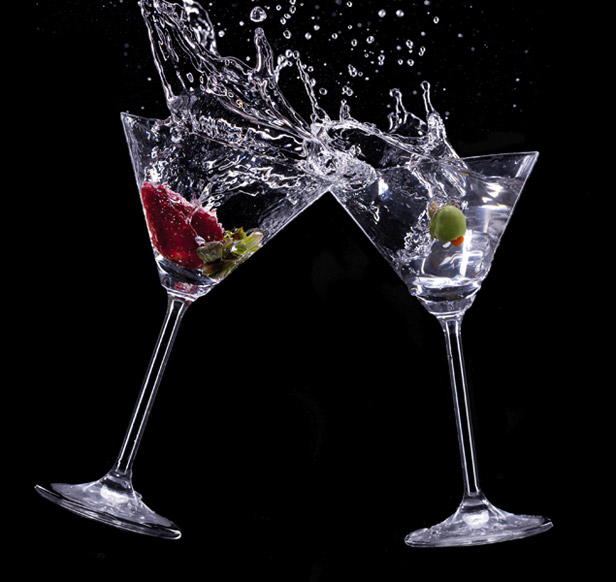 10. After Sir Francis Chichester became the first man to successfully circumnavigate the world solo in a sailboat, he credited his success to a daily glass of pink gin (gin, Angostura bitters and cold water), and said the saddest day was when the gin ran out.

11. Until recently, Plymouth Gin was the sole gin style in the UK to boast geographical indication. However, that will soon disappear, as owner Pernod Ricard has withdrawn their support for the EU endorsement.

13. Dukes Bar in Mayfair's Dukes Hotel is often cited as home of the best Martini in the world. Drinks are mixed on a tableside trolley, and the bar maintains a strict two-Martini-per-person limit.

14. Though James Bond's famous "shaken, not stirred" line is probably the most remembered Martini quote in the world, the majority of bartenders disagree, and would recommend a stirred Martini instead, as shaking prompts too much dilution.

15. Sloe gin is made with the handpicked berries of the blackthorn tree. While some superstitions say the berries must be pricked with a silver needle before use, this isn't necessary - simply freezing the berries in order to break their thick skins before adding to the gin should suffice.

16. The gin and tonic first gained popularity in the British colonies, as the quinine in the tonic water was found to be a potent deterrent to malaria-carrying mosquitoes. However, the bitterness of the quinine was unpalatable, so gin was added to make the drink taste better.