Health benefits of sweetcorn: 6 amazing reasons you should add it to your diet

Here are some surprising facts about the goodness hiding inside corn on the cob...

On a warm summer’s evening, nothing beats the first crunchy bite of corn on the cob, smothered in melting butter. But sweetcorn has been vilified recently by those who fear it’s too high in carbohydrates – or has no nutritional benefit.

Well, we can set the record straight once and for all – so you can feast on as much corn as you like, absolutely guilt-free.

Nutritionist and co-author of The Detox Kitchen Bible, Rob Hobson says: “I hate all these things where people tell you not to eat certain starchy vegetables. As a vegetable, it’s one of your five-a-day to start with, and it has plenty of nutritional value.”

2. It is nutrient rich

Hobson says corn, along with yellow and orange veggies, is rich in nutrients, including the antioxidants beta-carotene and lutein, the carotenoids which give the vegetables their distinctive colour.

These are essential for preventing eye diseases, which is why we say carrots help you see in the dark. Corn also contains certain B vitamins and vitamin C, as well as magnesium and potassium.

3. It has less sugar than an apple

The clue’s sort of in the name – sweet corn tastes sweet, so you’d think it was full of sugar. But apparently, an ear of corn has about the same number of calories as an apple and less than a quarter the sugar.

4. It is fibre boosting 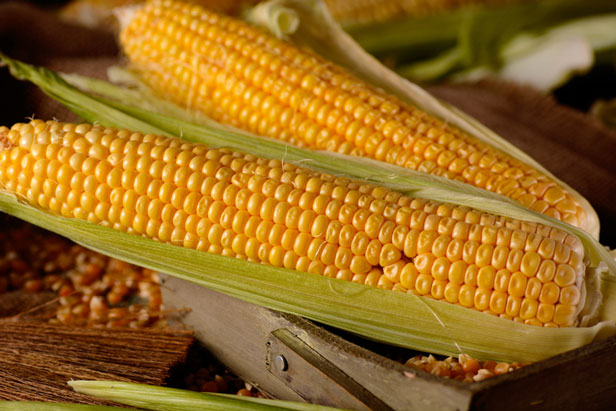 The Scientific Advisory Committee on Nutrition (SACN) recently reported that we're not eating enough fibre, with around 20g being consumed each day, compared to the recommended daily intake of 30g.

Hobson says: “Most of us don’t get anywhere near enough fibre in our diet. Like all vegetables, sweetcorn is a source of fibre, which is good for digestive health.”

5. It is good gut bacteria

Sweetcorn does have high amounts of insoluble fibre – which is why the husks of the corn kernels don’t get broken down – but apparently that’s good for your gut, as it feeds the good bacteria in your tummy.

Many people are gluten-intolerant and sweetcorn is naturally gluten free. In its flour form, maize is used to make gluten-free pasta, which is a healthy alternative to the wheat version.