Poisonous plants: 7 of the world’s most deadly flowers

They might look as pretty as a picture but these seven flowers are among some of the most dangerous nature has to offer.

We all remember being warned away from certain plants as a child – the nettles that might sting you, the poisonous mushrooms that were sure to make you ill.

But even in adult life, the potential dangers in nature remain apparent, with an array of stunning flowers just waiting to cause you harm – and it seems as though the more enticing the plant’s looks, the more hazardous it could be to your health.

We highlight nature’s most beautiful but deadly flowers…

Native to England, along with the rest of western and central Europe, this bright and bold bloom might look like a bunch of charming miniature bananas, but it packs a devastating punch. 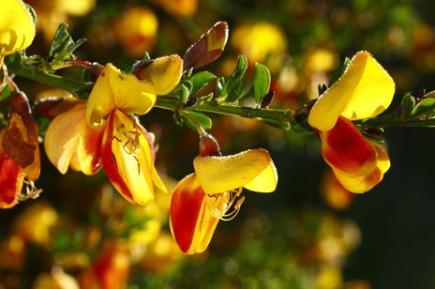 The English broom, scientific name cytisus scoparius, contains toxic chemicals which can affect your heartbeat – potentially depressing the heart and nervous system – and is considered especially harmful to children, pregnant women and people with heart conditions.

Aconitum, better known as monkshood (as well as a wide range of illuminating nicknames from the devil’s helmet to blue rocket), is indigenous to western Europe and is one of the most poisonous flowers known to man.

Don’t be fooled by its stunning purple colouring – the vibrant appearance of monkshood is more than matched by its toxicity. Containing large quantities of the deadly poison pseudaconitine, ingestion of monkshood leads to almost instant death, while even merely touching the plant with bare hands can lead to numbness, cardiovascular hypotension and asphyxia.

These fragile flowers might look like CGI snowflakes in a cheesy Christmas movie, but they are far from harmless. Known by the scientific name ageratina altissima and native to North America, white snakeroot contains tremetol, a toxin so poisonous that it can prove fatal in humans who merely drink the milk of a cow who has eaten this plant. 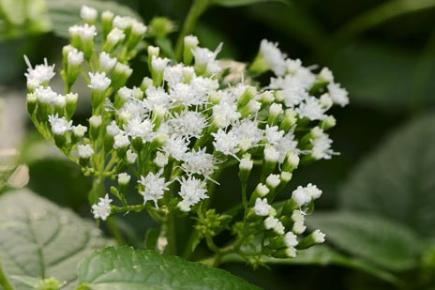 ‘Milk sickness’ is believed to be the cause of death of United States President Abraham Lincoln’s mother.

Digitalis – better known as foxgloves or, less endearingly, dead man’s bells – might just be the most gorgeous flower in our list, but is no less dangerous for it. The sheer range of potential symptoms in people who ingest this flower is shocking –including but not limited to nausea, convulsions, delirium and, in severe cases, arrhythmic heartbeat and tremors. 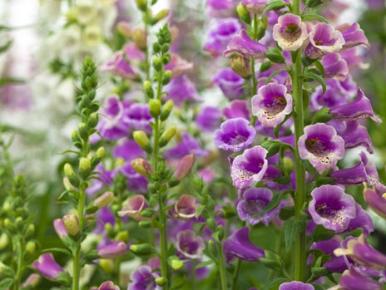 Every part of this flower, from the roots to the flowers and even the seeds, is toxic, and in large enough quantities it can even prove deadly.

5. Lily of the valley

Convallaria majalis – more commonly known as lily of the valley – is a highly poisonous plant found in Asia and Europe.

Its beautiful bell-shaped flowers and bright red berries make it attractive to passers-by, but with the entire plant containing dangerous toxins capable of slowing the heart rate and inducing vomiting and abdominal cramps, this one is best avoided unless you’re willing to risk a particularly painful death!

These delightful, unassuming flowers might look like something you’d buy to perk up your living room, but their pleasant name belies a terrifying peril; the angel’s trumpet might just be the most terrifying flower on our list.

Their pastel pink, ballet dancer appearance might lead you to believe this flower is harmless, but the angel’s trumpet contains scopolamine, a highly dangerous chemical which, even ingested in tiny doses, is said to produce a ‘zombie’ effect rendering the afflicted completely docile and unable to retain memories. In larger quantities, angel’s trumpet – scientific name brugmansia – can induce intense hallucinations and even prove fatal.

With its delicate petals, gorgeous tones and calming name, the autumn crocus doesn’t immediately strike you as one to watch out for – but contains hazardous levels of colchicine, a toxic chemical whose effects are similar to arsenic poisoning. 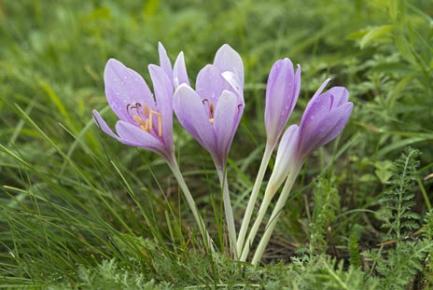 Even in mild cases the autumn crocus, indigenous to the United Kingdom, induces vomiting, diarrhoea and a burning sensation in the mouth and throat. In severe cases, this unassuming flower can cause liver and kidney failure, heart attacks and death.