Why do we have Christmas trees? The story behind the festive tradition

Nothing says 'festive' more than a beautifully decorated Christmas tree. But where did the tradition come from? Discover its history.

No household can really seem entirely festive at Christmastime without a beautifully decorated tree - and whichever type you choose, for many putting up a Christmas tree marks the true start of the festive season.

But in case you have ever wondered where the tradition came from, when it took off in this country and why we even have Christmas trees at all, here's everything you need to know about the festive favourite.

Which trees are used as Christmas trees, and why?

Christmas trees are almost always evergreen conifers, notably fir, pine or spruce. Evergreen tree branches and boughs have been used to celebrate winter festivals for thousands of years - the fir in particular was used as its green tendrils would remind people of the return of growth in the fields at springtime.

For the same reason, Romans used fir tree branches to decorate their homes and temples at the festival of Saturnalia. It was also believed that evergreen boughs hung over windows and doorways would ward off evil spirits and illness. 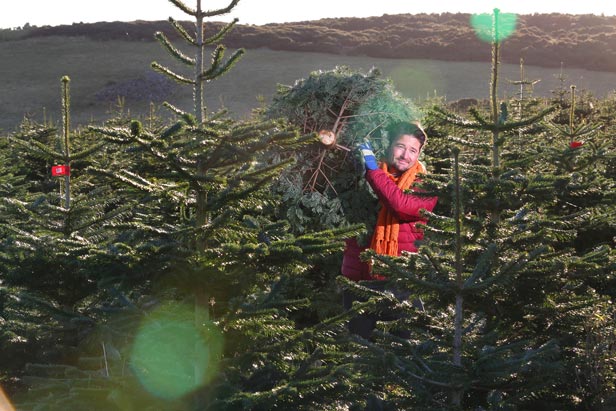 Traditionally in Britain the Norway spruce was the most popular variety of tree, but its short, pointed needles are prone to dropping quickly, leaving the tree bare by the big day if not correctly cared for.

As as result the flat-needled Nordmann fir and the the silver-hued Blue spruce have overtaken the Norway spruce in terms of UK sales, while the fragrant Fraser fir - which bears a similarity to the Norway spruce but holds its needles longer - is also increasing in popularity.

When were Christmas trees first used?

It's difficult to be certain when trees were first brought into homes specifically to celebrate Christmas, but the cities of Tallinn in Estonia and Riga in Latvia both claim the 'first' Christmas tree was planted in their town squares, danced around by locals and then set on fire; Tallinn says this first happened in 1441, Riga in 1510.

A German picture from 1521 shows a tree being paraded through the streets with a man, possibly dressed as St Nicholas, riding a horse behind it. One story cites 16th century preacher Martin Luther as the first person to bring a tree into his home; the religious reformer apparently saw stars shining through the branches of a fir while he was out walking, which he said brought to mind Jesus leaving the stars of heaven to come to Earth at Christmas. 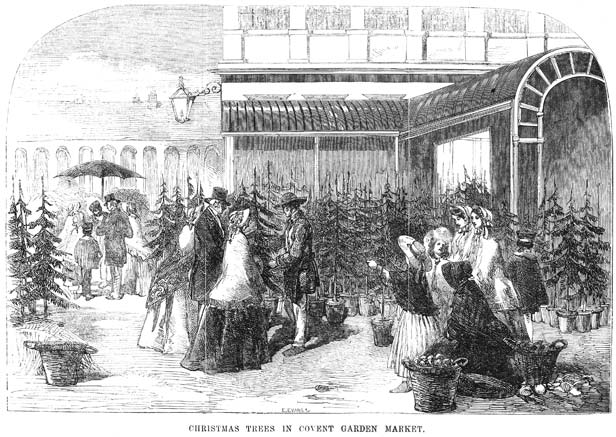 When did Christmas trees start to be decorated?

Decoration of trees around the winter festival also goes back to pagan times, but early Christmas trees would often have been decorated with edible treats.  A letter from Germany in 1605 states: "At Christmas they set up fir trees in the parlours of Strasbourg and hang thereon roses cut out of many-colored paper, apples, wafers, gold foil, sweets, etc.".

As time went on the apples were replaced with glass baubles and candles were added, though naturally these were mainly used in the most affluent homes.

When did the Christmas tree tradition start in Britain?

The Christmas tree tradition was adopted by central European nobility in the late 18th and early 19th centuries; in 1800, George III's German wife Charlotte of Mecklenburg-Strelitz introduced a Christmas tree at a party she gave for children. Queen Victoria, the King's neice, would thus have been familiar with the tradition, but it was her husband Prince Albert who popularised it in this country, reintroducing it into the royal home in 1841.

Seven years later a drawing of 'the Queen's Christmas tree at Windsor Castle' was published in the Illustrated London News. The picture was instrumental in Christmas trees becoming popular in Britain and also in the United States when it was published there in 1850 - though they remained the preserve of the better-off in both countries.

Widespread usage in hospitals and at public events made their popularity grow; by the 1920s they would be a common sight in the homes of all classes of Britons. Today, more than eight million trees a year are grown in this country for the Christmas market.

Arguably Britain's most famous Christmas tree is the annual Norway spruce displayed in Trafalgar Square. The giant tree - typically more than 60 feet tall - is a gift from the Norwegian capital Oslo. It has been donated annually since 1947 to thank the people of Britain for their support during World War II. The tree is raised early each December and lit with 500 white lights on the first Thursday of the month. 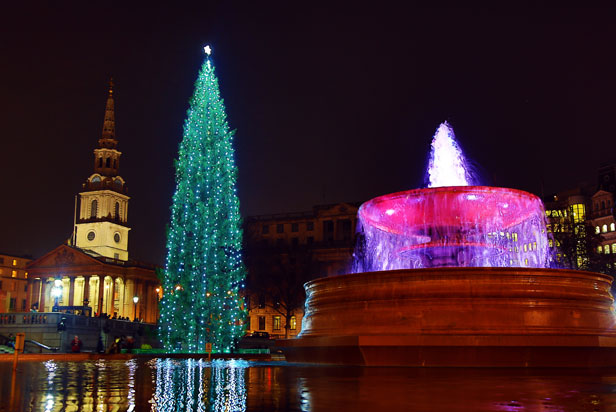 5 tips for cleaning your washing machine

Ben Fogle shares stories of his Everest climb with Gandys

Holiday like a VIP at Club Med Cefalu in Sicily