If you’re a fan of the world’s best-selling author, here are some destinations you should really visit – at home and abroad.

Agatha Christie, the doyenne of crime fiction, has millions of fans around the world thanks to her ingenious plots and beloved characters like Hercule Poirot and Miss Marple.

Here are seven destinations every Agatha Christie fan should visit – and you can even stay in most of them.

So, whether you’re looking for an exotic trip or a destination closer to home, there’s something for everyone. 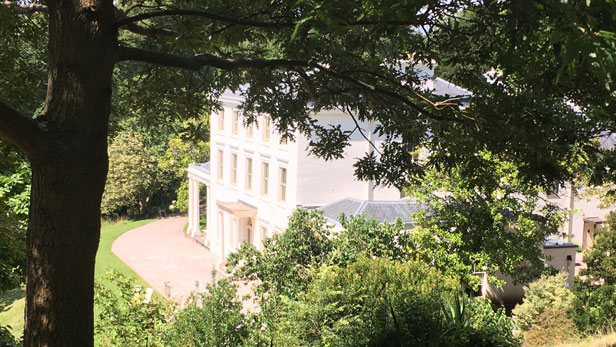 Agatha Christie considered her holiday home of Greenway in Devon to be “the loveliest place in the world” and the Georgian mansion nestled in woodland overlooking the River Dart certainly doesn’t disappoint. It’s a must for any true Christie fan – and a truly unforgettable experience.

To experience Greenway’s full splendour, take a boat down the River Dart from nearby Dartmouth. Greenway Ferry runs regular trips on the aptly named Christie Bell. This way you can take in all the sights along the river including spotting Greenway’s boathouse – famous as the location of a murder in Christie’s Dead Man’s Folly. On arrival at the quay you can make your way up through woodland towards the house – and take in the stunning vistas along the way.

[Read more: 7 of the UK’s most brilliant bridges to visit]

Greenway House and its extensive gardens are administered by the National Trust. The house retains its 1950s allure and you can well imagine that Christie and her family have just stepped outside, rather than been gone for decades.

After immersing yourself in the house, you can explore the extensive grounds – which Christie used as inspiration for some of her most well-known novels. Dead Man’s Folly – the ITV adaptation of which was actually filmed at Greenway – is the clearest example, with not only the boathouse, but the battery, grounds and house clearly recognisable on the book’s pages.

There are also four National Trust holiday properties at Greenway, so you may even be able to book yourself a stay at Christie’s beloved holiday home. 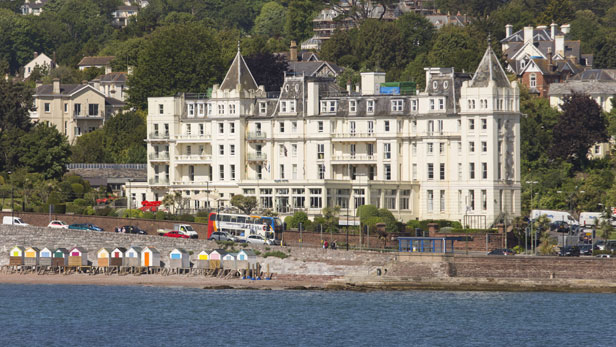 Also on the English Rivieria is Christie’s birthplace of Torquay – and it is the epicentre of the International Agatha Christie Festival. Christie was born in Torquay in September 1890 and spent most of her youth in Ashfield, the family’s Torquay home. During the First World War, Christie worked in Torquay Hospital. The experience she gained in the hospital’s pharmacy often informed the usage of poisons in the plots of her crime novels. 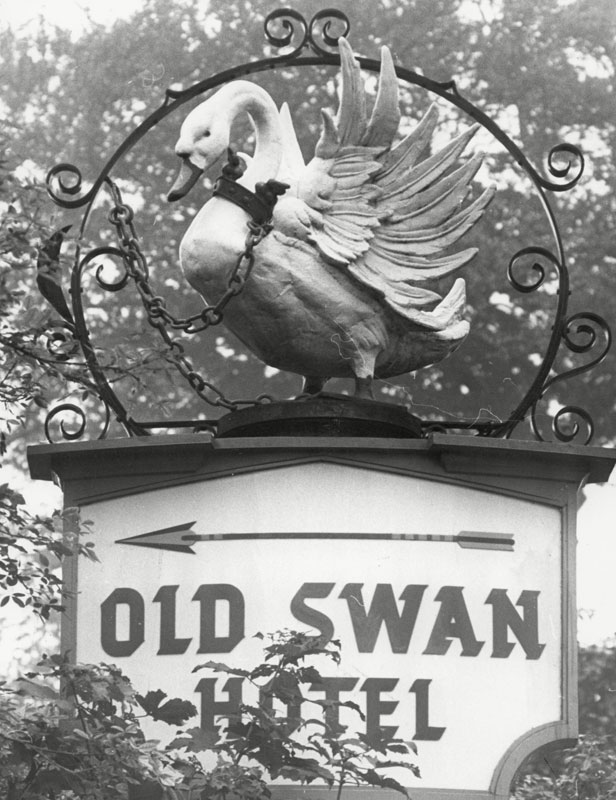 In 1926, Christie disappeared for 10 days during a period of personal turmoil. On December 3 her husband, Archie, asked for a divorce. That evening, Christie left her home in Berkshire and her car would later be found abandoned in a quarry.

A huge search ensued but Christie remained missing – presumed dead by some – for 10 days until she resurfaced in a hotel in Harrogate, Yorkshire.

She was registered under the name Mrs Teresa Neele – Neele being the surname of her husband’s mistress. Christie was later diagnosed as suffering from amnesia.

Keen Christie fans can visit the very hotel Christie was found in. Then the Swan Hydropathic Hotel - making use of the Yorkshire town’s famous spa waters - it is now known as the Old Swan Hotel. 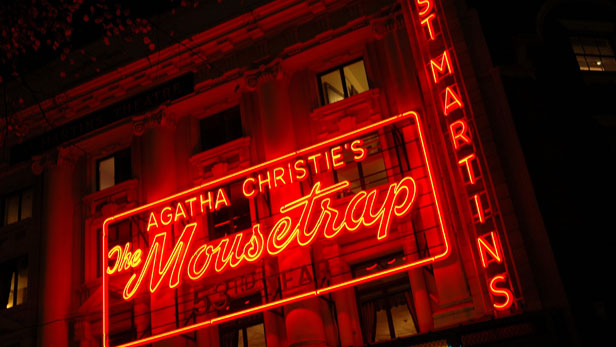 London may not immediately spring to mind when you think of Agatha Christie, but there are plenty of places in the capital for fans to visit. The Mousetrap, a play written by Agatha Christie, is the longest-running show in the world and has chalked up more than 25,000 performances since it opened in 1952.

Catch a performance at St Martin’s Theatre - but remember to respect the request made at the end of every performance not to share the identity of the murderer with anyone who hasn't yet seen the play.

Meanwhile, Christie was a regular guest at Brown’s Hotel in Mayfair and many believe her novel Bertram’s Hotel was inspired by Brown’s. 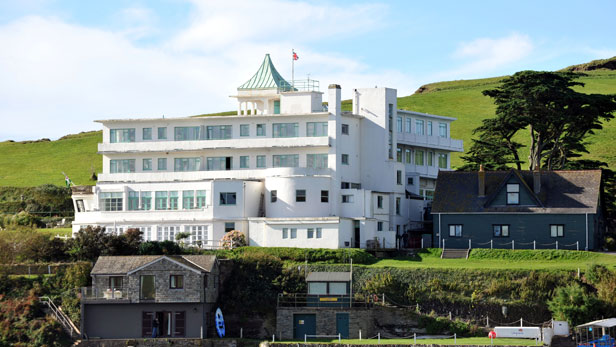 Burgh Island is a small tidal island – meaning the connection to land is exposed at low tide and covered at high tide – off the south coast of Devon. It served as inspiration for Agatha Christie more than once and is recognisable in both And Then There Were None and Evil Under the Sun – the ITV adaptation of which was filmed on Burgh Island itself.

The island is dominated by the Burgh Island Hotel, an Art Deco building in which Poirot would surely have felt at home. Guests can choose from one of 25 rooms and suites, including the stand-alone Beach House which was actually built as a writer’s retreat for Christie herself. The island becomes gloriously isolated at high tide. Guests and day trippers alike can take the Sea Tractor across to the island. 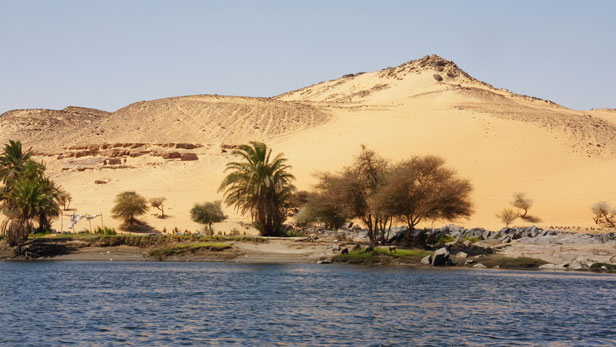 Amongst the more memorable destinations that feature in Christie’s books is Egypt. Particularly evocative is the concept of a cruise down the River Nile, stopping off along the way to view the many historical treasures Egypt has to offer. Christie’s 1937 work Death on the Nile, featuring Hercule Poirot, is set on such a ship.

You can, in fact, take a trip down the Nile on the very boat that Christie did – the Steam Ship Sudan. In 1933 she took the boat to accompany her second husband, Max Mallowan, on an archaeological expedition.

Built in 1885 for King Fuad of Egypt, the steamer offers five suites (including the Agatha Christie and Hercule Poirot suites) and 18 cabins and is the epitome of Old World elegance. 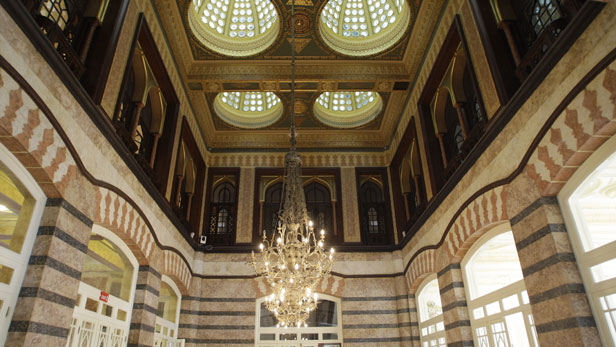 Christie was an inveterate traveller, and one destination that she loved was Istanbul. When there she usually stayed in the Pera Palace Hotel. Located in the heart of the Beyoglu district, the 115-room hotel’s guests were originally those who were travelling – in one direction or another – on the Orient Express. Apparently Christie liked to stay in room 411 and one of the hotel’s restaurants is even called Agatha.

Istanbul was also where Christie’s creation Hercule Poirot boarded the Orient Express in that iconic novel Murder on the Orient Express, which is soon to be the subject of a new film version. The legendary train still runs journeys to and from Istanbul, as well as making shorter trips to Paris and Venice.