You don’t have to travel far to find spectacular scenery - take a look at some of these holiday spots across the UK that could be mistaken for more tropical destinations.

Holidays abroad can be just that little bit too expensive, but for those of us who can’t afford to jet off to foreign lands, holidaying in the UK is a great alternative.

If the idea makes you think of a fortnight in a damp caravan in a soggy field, think again – here are 16 great destinations across Britain that look they could be much further afield. There’s a reason so many people flock to Cornwall during summer. The coastal county is simply beautiful.

St Ives is a fishing village and the artistic centre of Cornwall, with some artists even claiming the quality of the natural light is better and brighter than in any other part of England.

Wander through the winding streets to find cafes, galleries and art shops before relaxing on the beaches.

Another artists’ favourite is Staithes in North Yorkshire. The quaint coastal hamlet has previously played host to accomplished painters including Dame Laura Wright.

If you plan your visit close to Summer Solstice, you can witness the famed Staithes sunrise and sunsets when keen photographers will get an amazing shot of the Sun appearing over the water two times in a day. The market town of Keswick has become a major tourism hub in the North Lakes.

There’s something for everyone here from enjoying the natural beauty of the rural area to exploring local shops and restaurants.

There are plenty of outdoor activities too for those seeking a more exhilarating adventure. 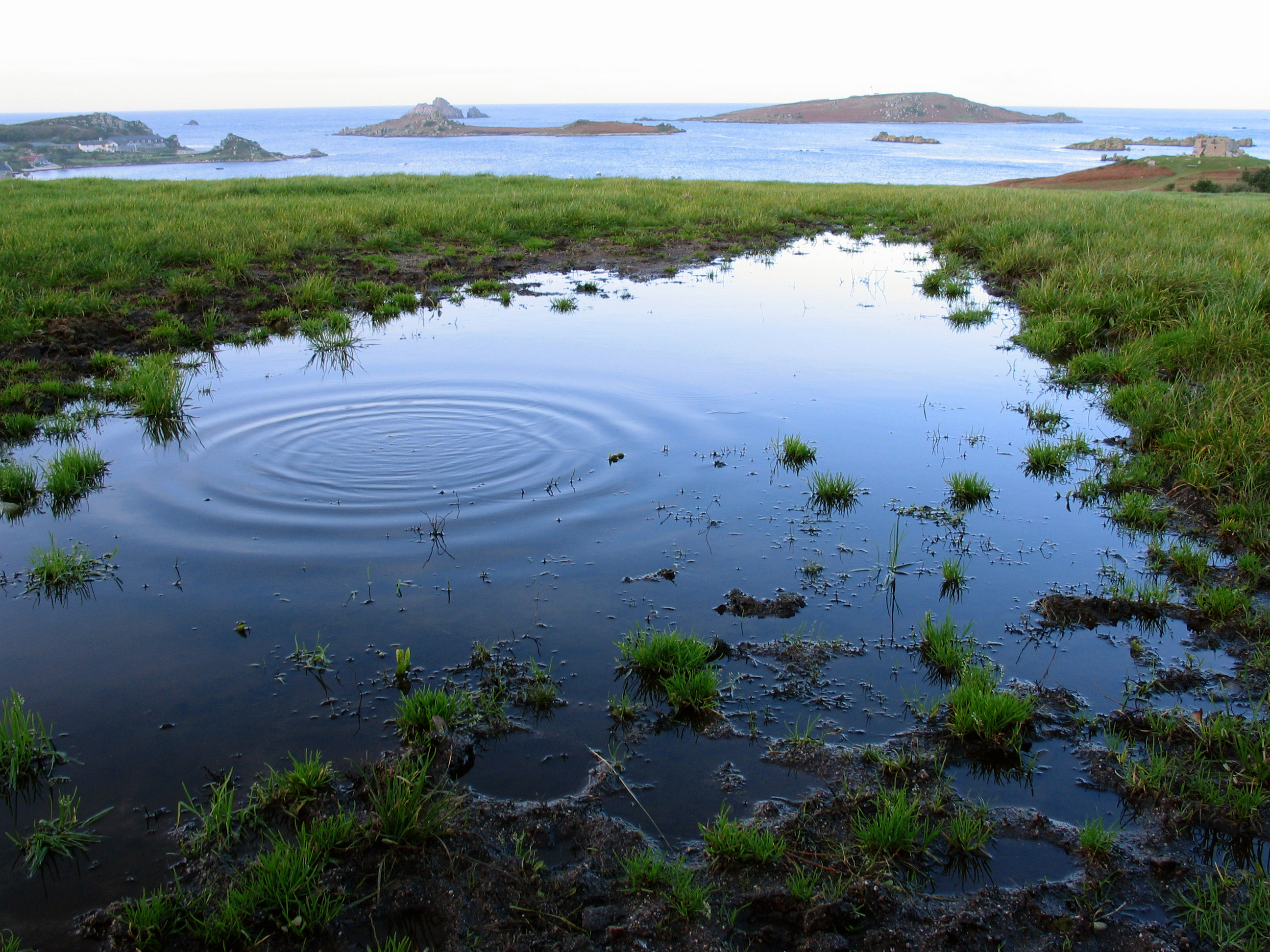 The sub-tropical climate means you may even see palm trees – in England. 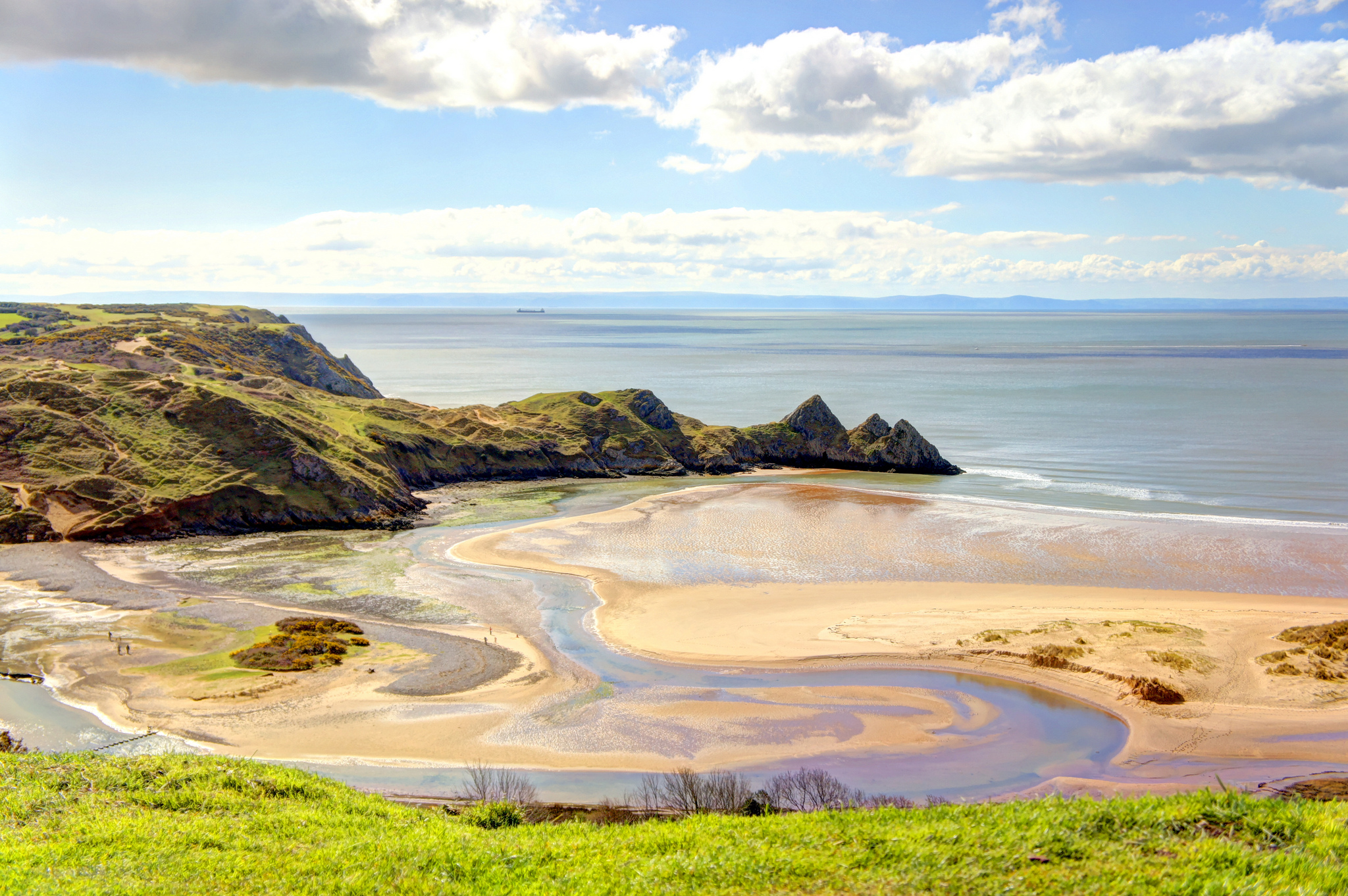 Just a short drive from Swansea, Gower Peninsula boasts some of South Wales’ most picturesque beaches and was the UK’s first Area of Outstanding Natural Beauty.

Possibly Wales’ most colourful offering, Portmeirion is North Wales’ own slice of Italy.

You may recognise the dreamy architecture from cult 1960s TV series The Prisoner.

The village was designed by Sir Clough Williams-Ellis in the 1920s who wanted to create an atmosphere that forced people to display good manners. Stroll through the Central Piazza to admire his handiwork. 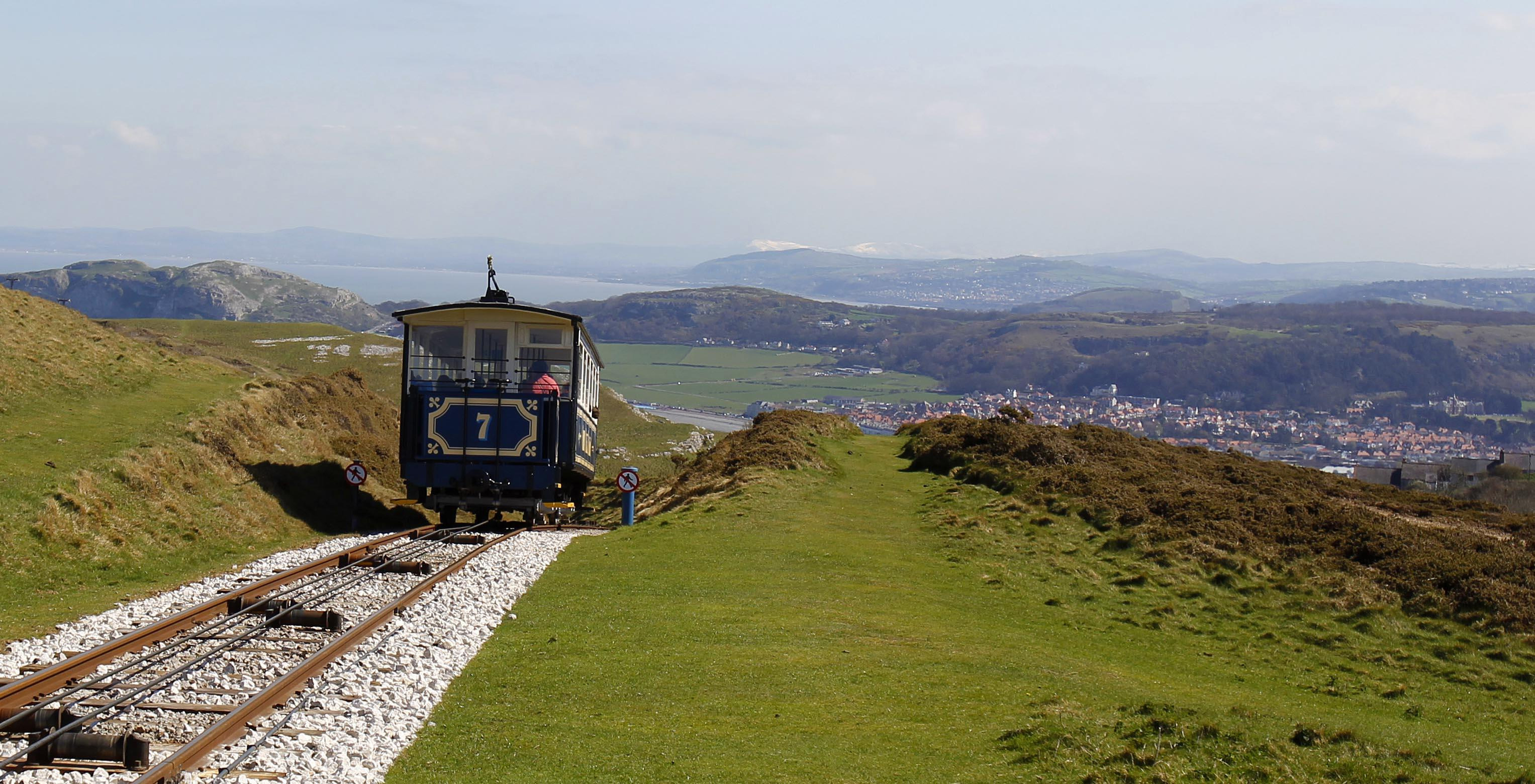 Seaside town Llandudno has a very quaint, old-fashioned feel to it.

Head to the Great Orme’s summit on the tramway or take a stroll on the Victorian pier. 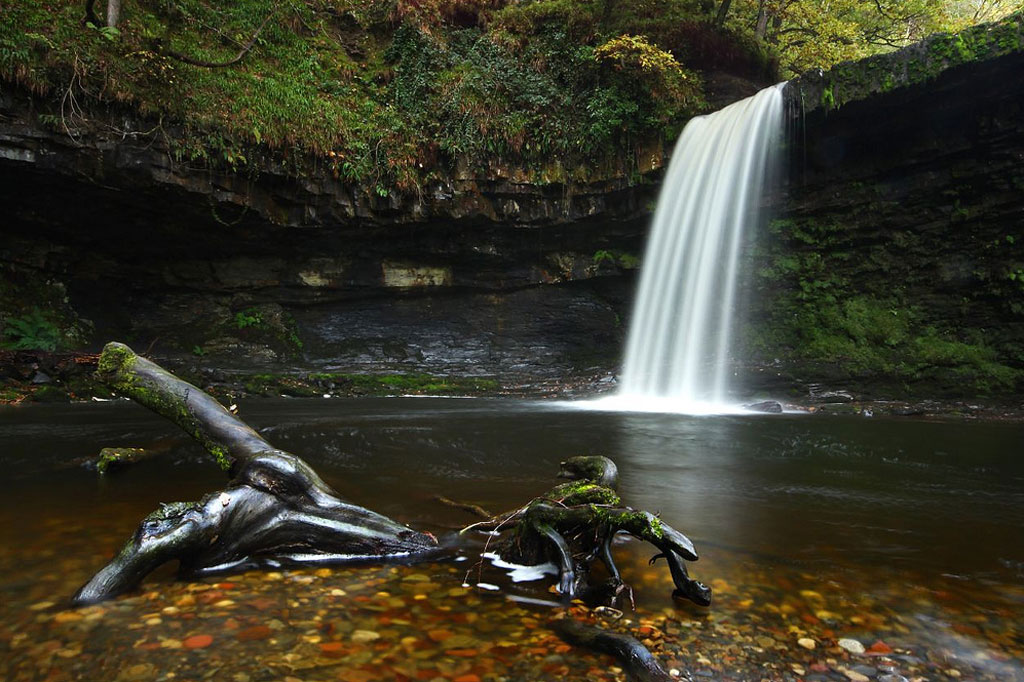 To see nature in all its majesty, look no further than the Brecon Beacons.

Straddling Carmarthenshire, Powys and Monmouthshire, this national park is vast.

Try the Four Falls Walk to see the best of the waterfalls. Be sure to visit Sgwd yr Eira to walk behind a curtain of water. 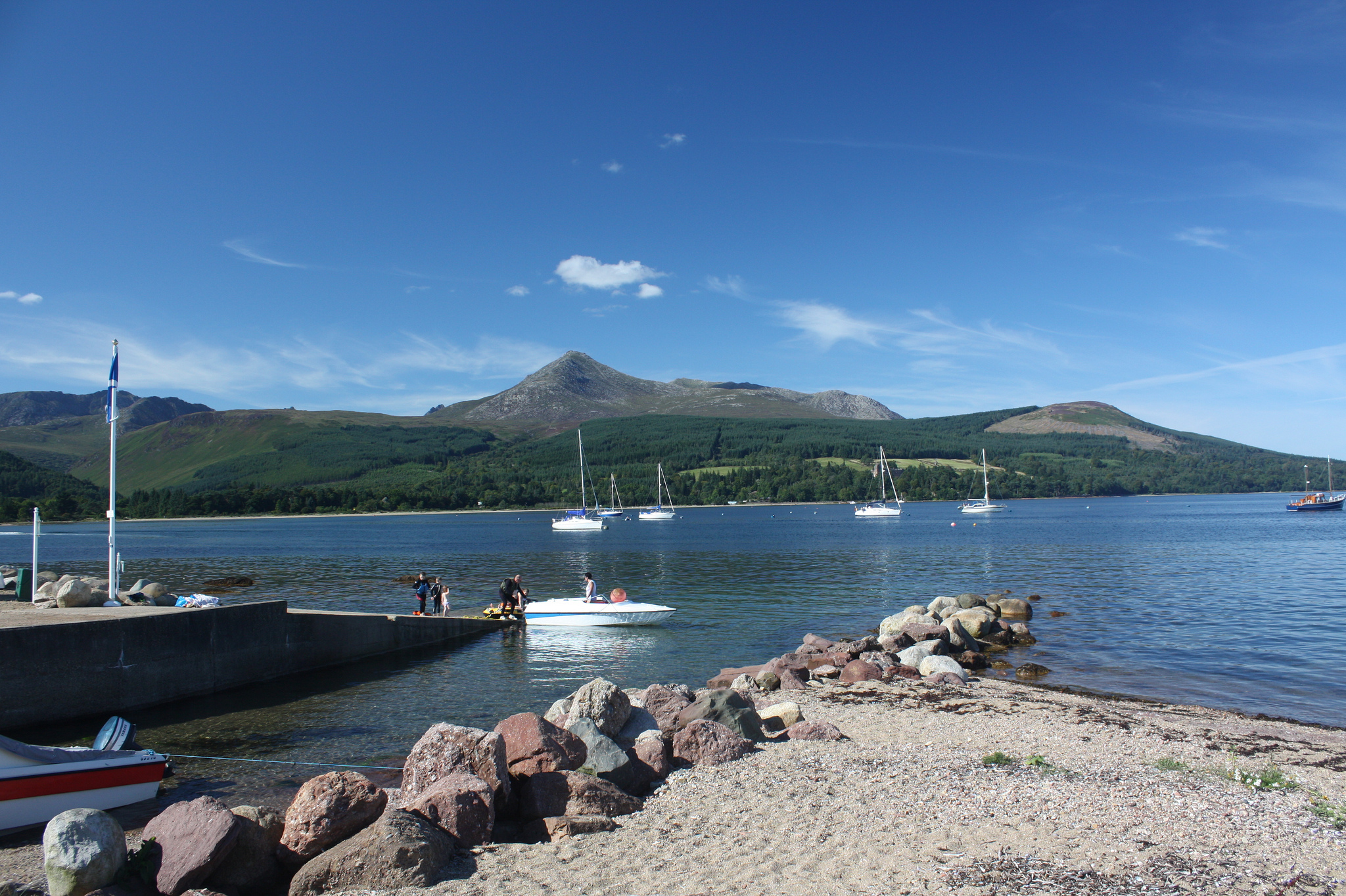 Brodick Castle boasts an internationally acclaimed collection of rhododendrons and Arran’s highest mountain, Goatfell is home to an array of wildlife.

Red squirrels, golden eagles, deer, otters and basking sharks can all be spotted around the island and on the coastline. You might recognise the rugged landscape of Glencoe. It has featured in blockbusters like Skyfall and several of the Harry Potter films.

Located in the Outdoor Capital of the UK, the road through this village will take you to the heart of an ancient volcano.

On the Geotrail you’ll learn all about the glaciers and explosions that carved the landscape. 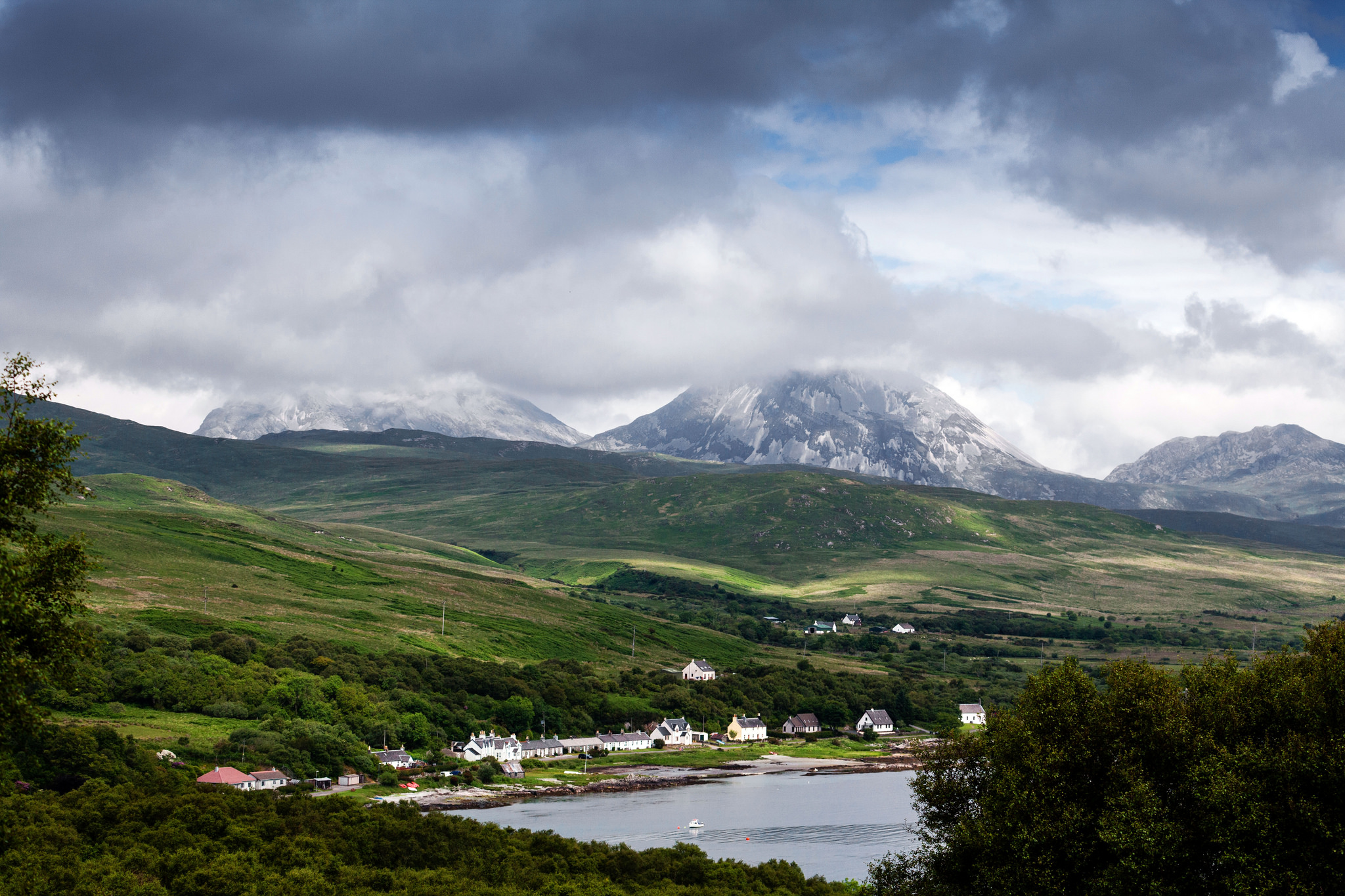 There is a very wild, untameable feel to the Isle of Jura, where wild deer outnumber the human population to the tune of 5,000, compared to 200 people.

The peace and quiet of this island was appreciated by George Orwell who lived here from 1946 to 1948 while completing his most famous work, 1984.

The Isle of Jura Distillery produces uniquely flavoured malts and you can take a tour – complete with complimentary dram – for free. 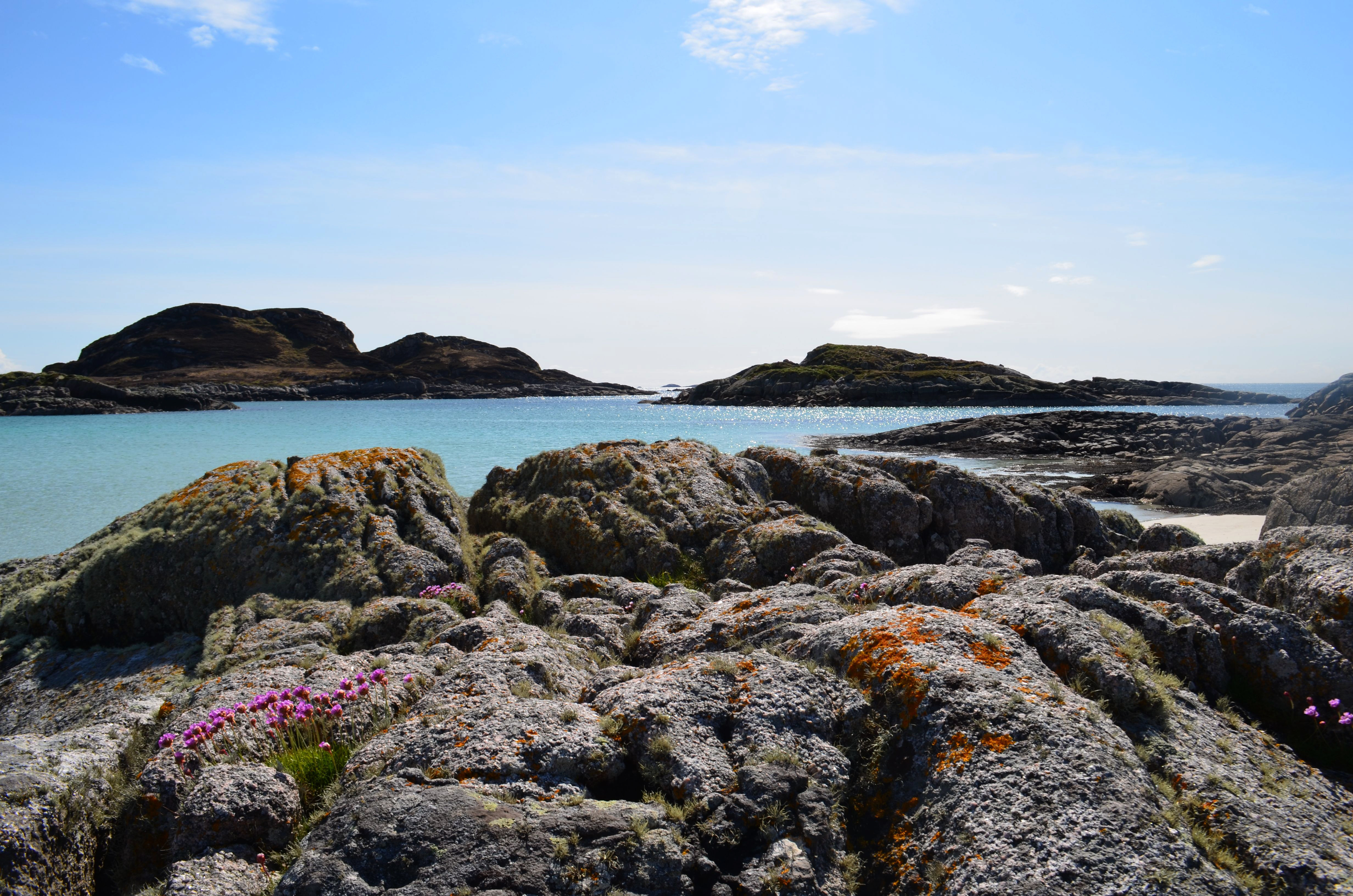 The main town on this small island, Tobermory, was used for the BBC’s children’s TV programme Balamory due to the pretty and colourful buildings that line its waterfront.

Both the town and the water are worth exploring. There are boat trips where you can try and spot whales, dolphins and basking sharks or visit the uninhabited island of Staffa. 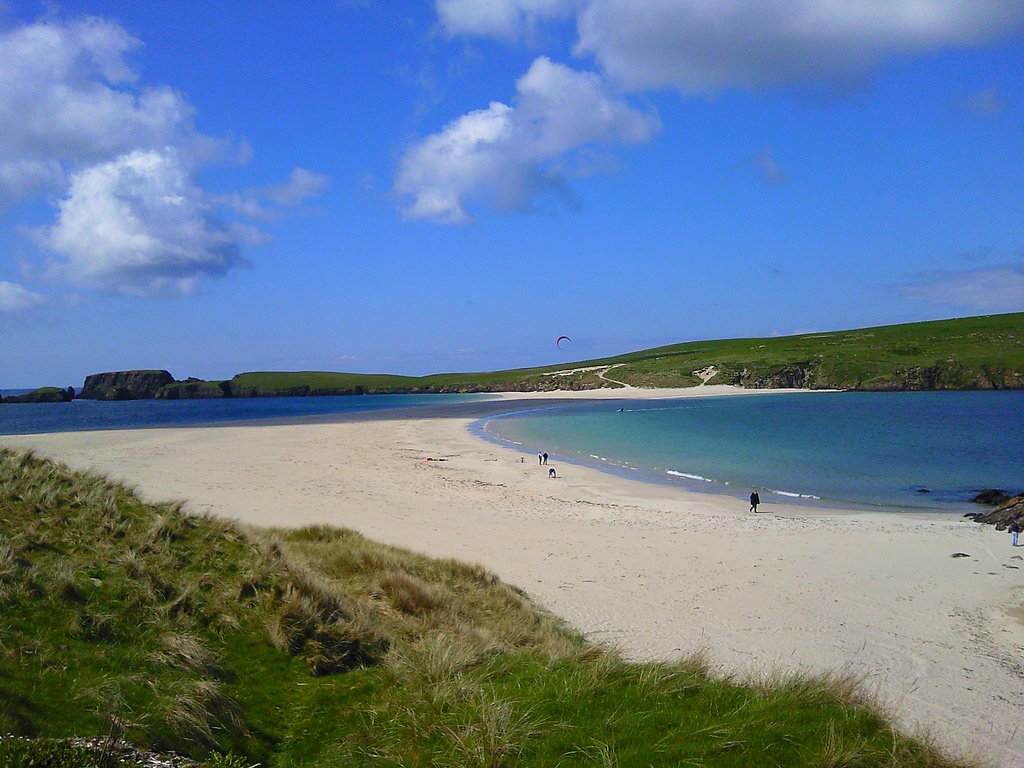 For a truly foreign feel, try a getaway to Shetland, which is closer to Norway than the Scottish mainland.

The archipelago possesses some fantastically preserved archaeological sites from its Scandinavian history.

Summer is the perfect time to explore many of Shetland’s pristine beaches and sea lochs. 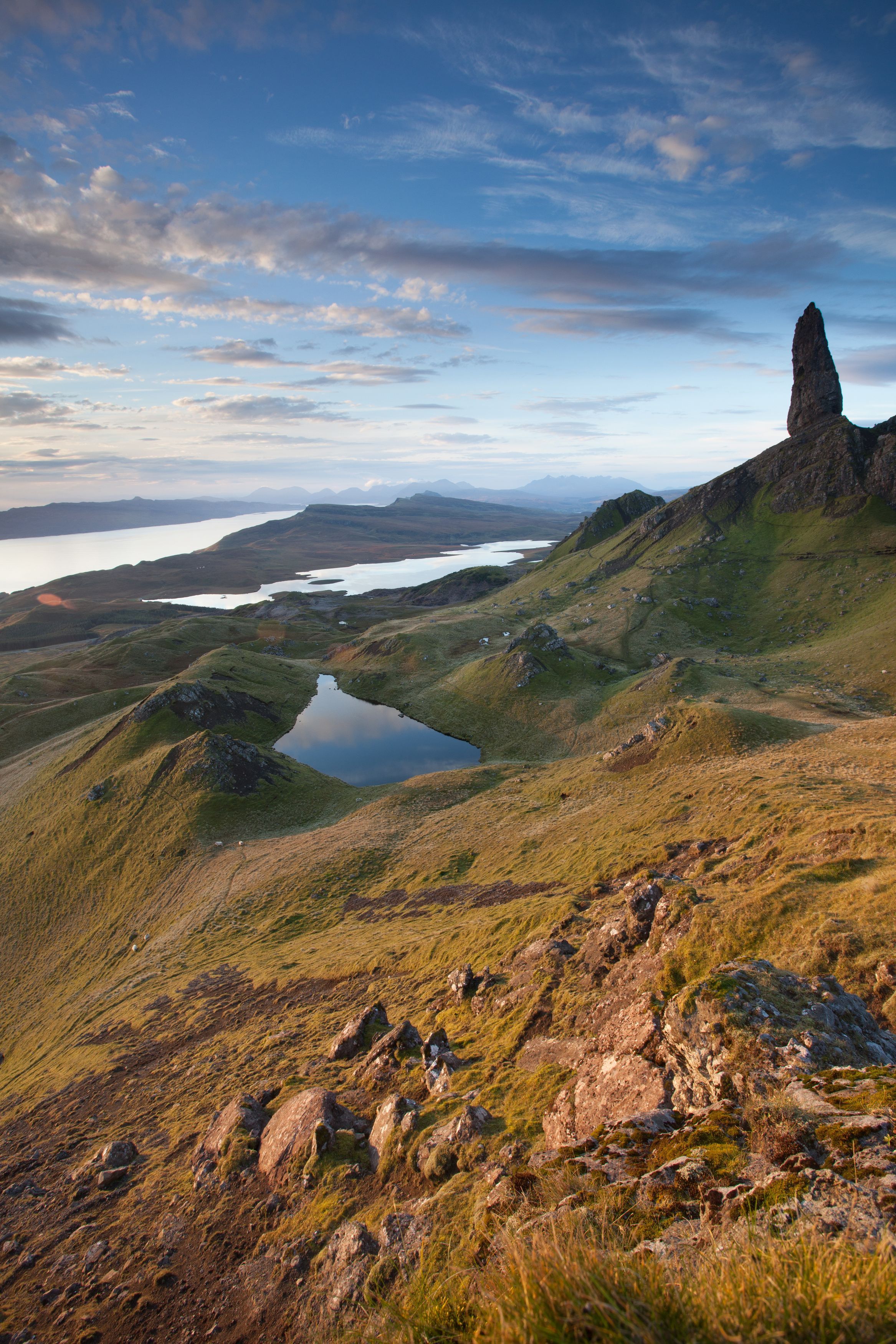 The scenery on the Isle of Skye is nothing short of majestic.

Be sure to pack your walking boots to see Fairy Pools, Old Man of Storr and the Quirang.

Visit some of Skye’s brooding castles and learn about historic feuds between rival clans. 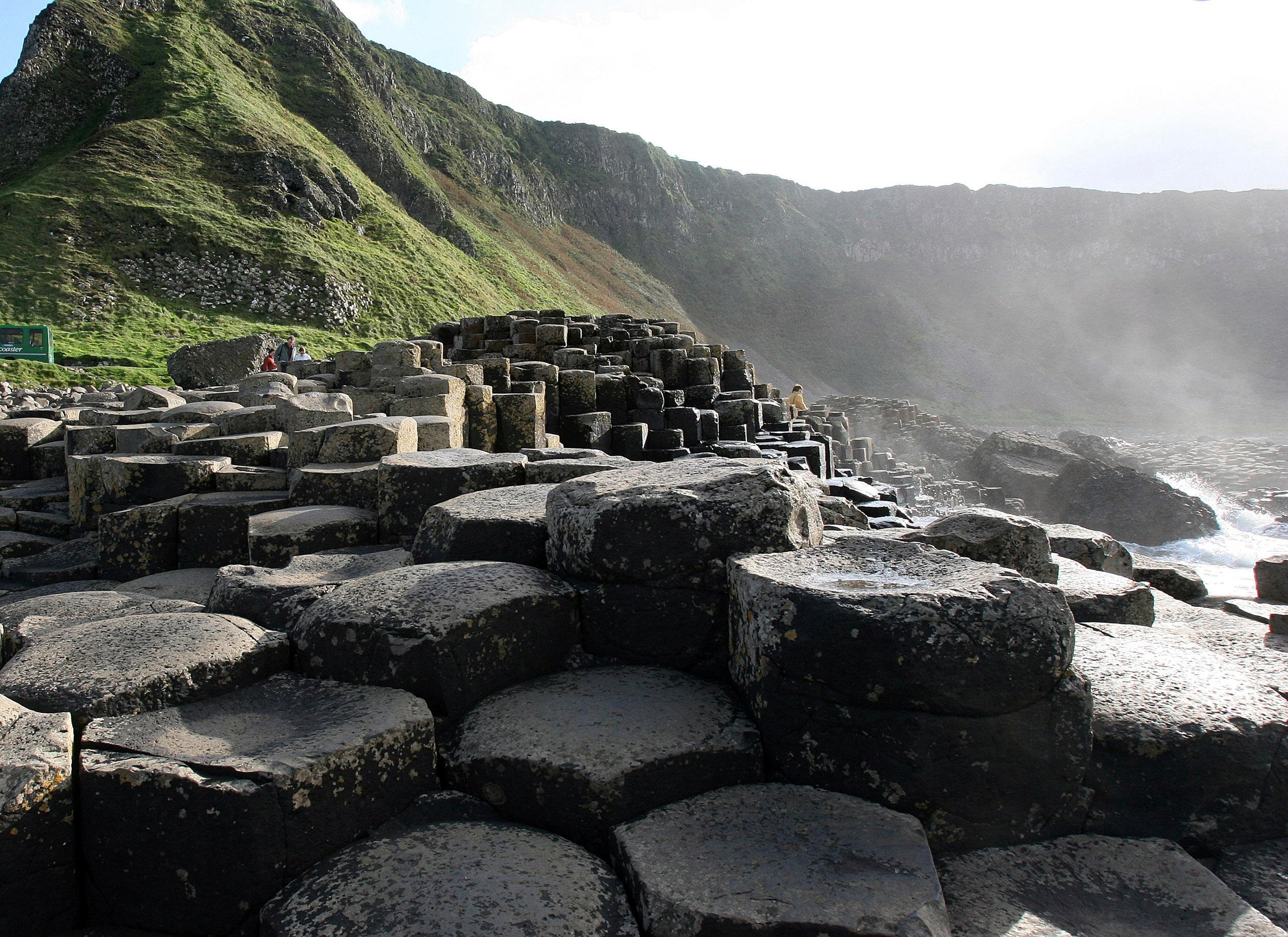 Some say it was carved by giant Finn McCool. Visit Giant’s Boot to see what he left behind when fleeing the wrath of a mighty Scottish giant.

Take one of the National Trust trails around the site and look out for many different species of sea bird. 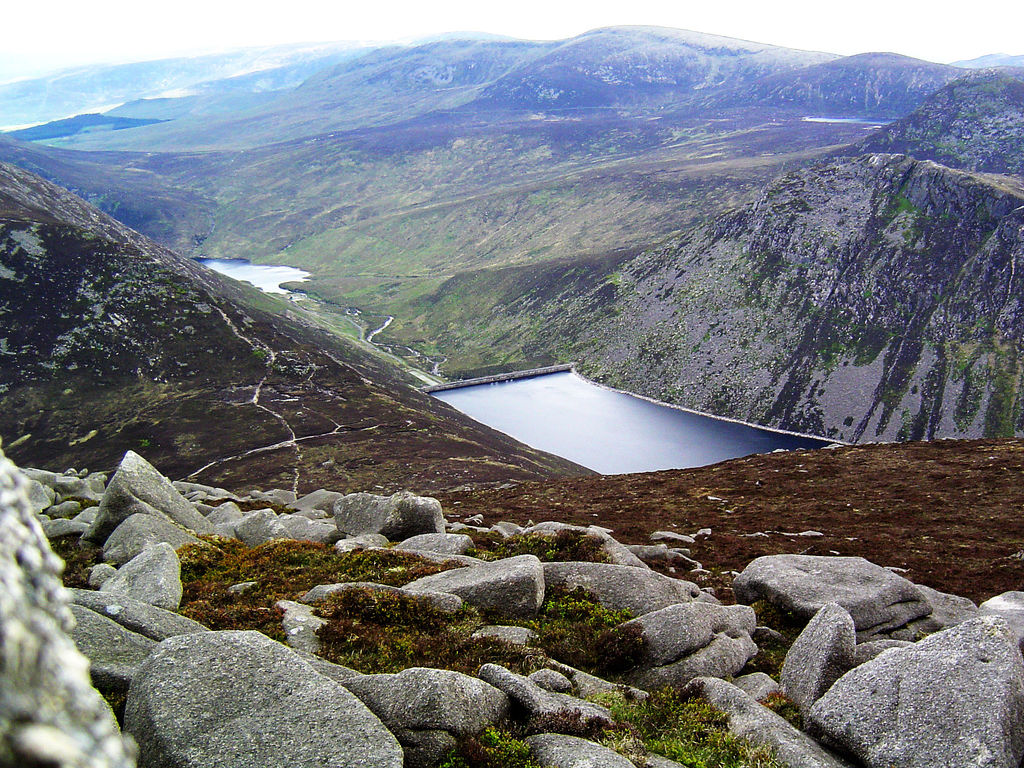 Said to be the inspiration for CS Lewis’s enchanted world of Narnia, the Mourne Mountains have plenty of outdoor adventures to offer.

Take your pick from relaxing by the sea or try a more exhilarating day out rock climbing and hill walking.

For fans of golf, the seaside town of Newcastle is home to Royal County Down Golf Club which hosted the 2015 Irish Open.