Guaranteed winter sun, spectacular scenery and fabulous food: we went to the island in the Canaries to find out what makes it so good for the soul.

The Madonna song La Isla Bonita isn’t about any exotic island in particular, but rather – according to the singer – a tribute to Latin people.

Had she felt the tropical Canarian breeze and seen all of nature wild and free however, she might have decided that Tenerife was where she longed to be.

First becoming a hit with tourists in the 1970s after a visit from Hollywood stars Richard Burton and Elizabeth Taylor, prompting the naming of Playa de las Americas, Tenerife has found itself back in the spotlight thanks in part to meme queen Gemma Collins.

Fans of the Towie star – who has become an unprecedented culture icon, oxymoronic in being both just like us and relatable, yet also so very deliciously diva-ish – may have spotted that the peak of an emotional rollercoaster is always followed by a quick trip to the Spanish island to mentally recalibrate.

We set off to Iberostar Grand Hotel Salomé to find out what it is about the island in the Canaries that is so good for the soul and life-affirming.

Every conversation in the UK will at some point turn to the weather, it’s pretty much fact.

When the weather is making us this miserable in winter, why is it we’re all jetting off somewhere hot in the summer?

Save yourself the bother and pay a trip to Tenerife in winter. Not only is it probably cheaper and quieter, being so close to Africa, winter in Tenerife consists of temperatures upwards of 20°C.

And, with only 10 days of rainfall a year, the odds of winter sun are definitely in your favour. 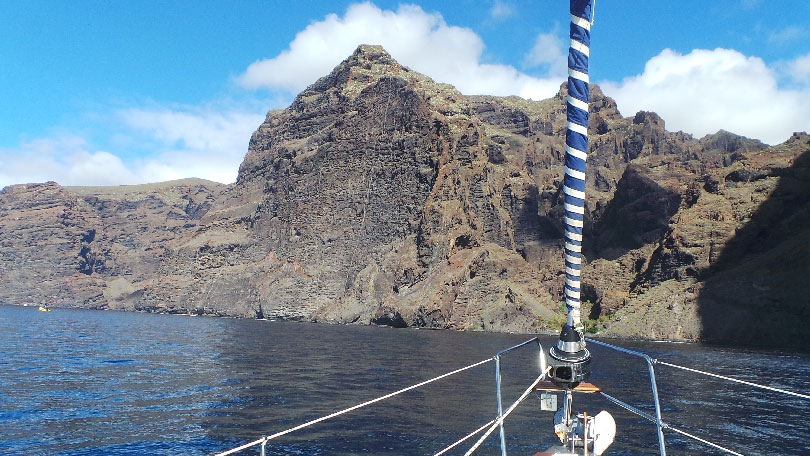 Tenerife is an island with a rugged landscape dictated by towering mountains and volcanoes with Mount Teide taking centre stage.

With a population just shy of 900,000, much of the land is arid, unspoilt and breath-taking.

What’s more, throughout Iberostar Grand Hotel Salomé you’ll find carefully curated cacti and a generous helping of palm trees and other tropical plants to add to the truly tropical experience.

The view of the sun bouncing off the Atlantic from my balcony was the cherry on top of an already intensely rich cake. 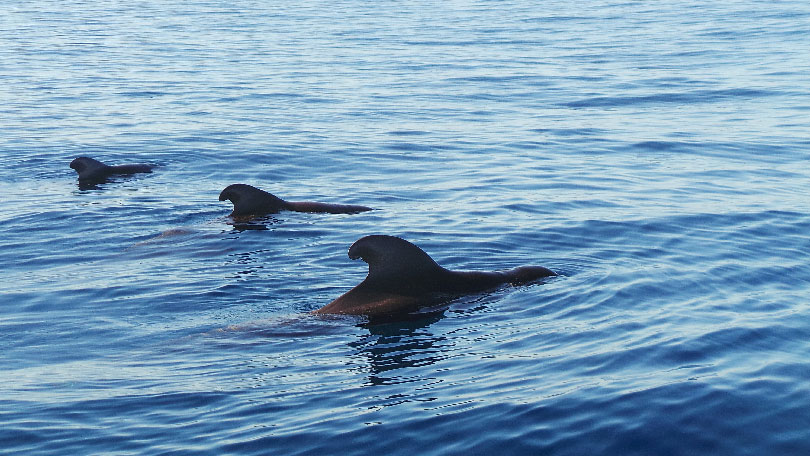 For any activity involving wildlife, there’s usually an element of chance involved on whether or not the animals you’re hoping to spot are playing ball on the day.

In Tenerife you’ll needn’t have to cross your fingers and toes quite so much as the water is so deep it’s popular with pilot whales – of Blue Planet II fame – who fish in the deep waters and can be found off the coast of the island all year round.

Clearly our prayers to Poseidon that day were answered as we were fortunate enough to see all three – twice.

For your own whale-watching experience, try a trip with Big Smile Luxury Charters, where we also visited Masca’s black beaches, swam in the Atlantic and ate paella on board.

Staring out into the horizon and seeing these majestic creatures up close, it’s impossible to feel stressed. 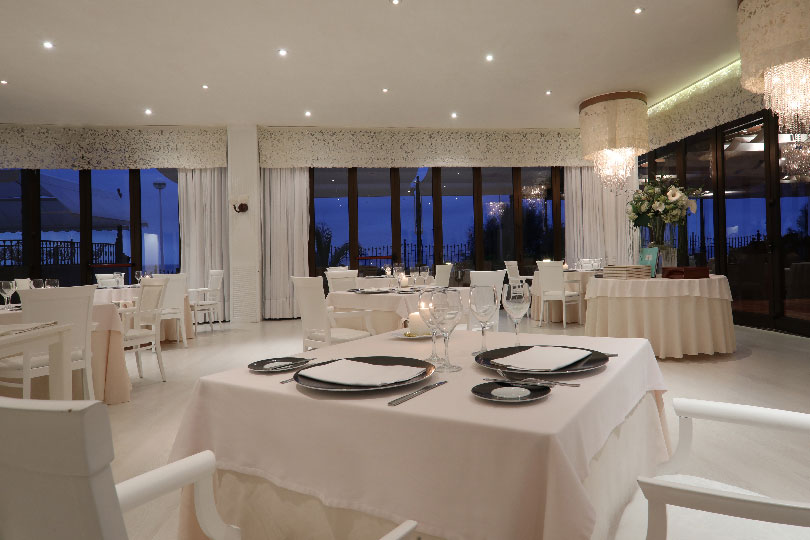 Having been popular with tourists for so long, Tenerife’s chefs have had plenty of time to perfect a vast number of cuisines and cater to a range of dietary requirements, and they do it all exceptionally.

Our trip at sea had included plenty of fruit, including native bananas and trust me, after trying them Canarian bananas are king.

We were also served bread with delicious mojo sauce, and both a traditional and vegetarian paella – both a hit.

Back at the hotel, I had no trouble polishing off three courses at every meal at the hotel’s many restaurants, the best meal of the long weekend coming from Seasoul – a seafood restaurant on the seafront.

Here, you come for the food and stay for the laughs.

Back in the UK, Prosecco may have fast become the nation’s favourite drink, but here it’s forgotten cava on the menu, and you’ll wonder why we ever abandoned.

It’s all-inclusive at Iberostar Grand Salomé which means there’s plenty of cava calling out to be drank, and from the infinity pool looking out over the sea, it goes down a treat.

Life hack: there’s a ledge on one side of the inifinity pool perfect for resting drinks so hop in and order a glass to toast as you watch the sun go down.

With the guilt of three courses at every meal weighing heavy on my mind – and gut – I rose early for a quick workout to jump start the metabolism. Plus, everyone knows exercise gives you endorphins.

Thanks to year-round wonderful weather, many of Tenerife’s buildings are designed with open canopy-style roofs much like the hotel’s 24-hour gym.

Here the breeze envelopes you as you workout and the fresh air feels better than any ordinary sweaty gym’s air-conditioning.

Not too hot or too cold, it’s Goldilocks' ideal temperature.

Ultimately the point of any winter getaway is to come back feeling revived, and in the comfort of a luxury all-inclusive, with the waves of the Atlantic gently lapping below, it’s near-impossible not to.

With all your needs catered for, all your troubles will be left behind and any obstacles you’ve yet to face will seem much smaller.

The sun, the sea air and the total bliss will provide all the reinvigoration you need.

After my long weekend, I can confirm that Gemma is onto a good thing.

IBEROSTAR Grand Hotel Salomé is  part of the Anthelia complex and the exclusive group of hotels called 'Grand Collection' of the IBEROSTAR chain, it is situated between Playa del Duque and Playa de Fañabe in the privileged area of Costa Adeje, Tenerife. For more information, please visit: IBEROSTAR.com