5 of the best birdwatching holidays in the UK

Birdwatching might not be your usual pastime - but if you’re a gull for the latest trends, you might find your holiday itinerary twitching up very soon.

Birdwatching, the age-old hobby is high on this year’s trends list thanks to celebs such as Blur’s Damon Albarn and presenter Alex Zane sharing their passion.

To stay ahead of the curve, grab a pair of binoculars and take flight on one of these brilliant UK birder’s holidays… 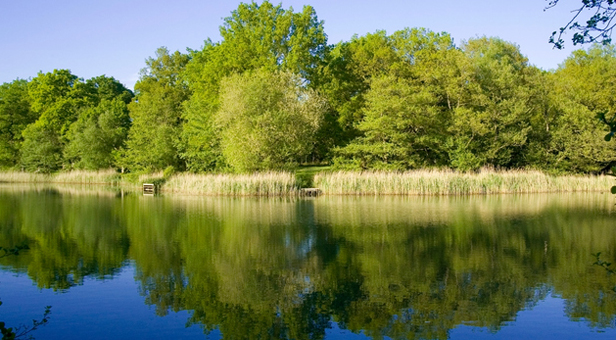 Directed by an ornithologist, a three-day break to Gloucestershire’s Forest of Dean – England’s second largest

expanse of ancient woodland at 100km² – promises to be as informative, as it is fun. Taking place in March or May, trekkers can expect to spy anything from flocks of Siskin and Redpoll to the Hawfinch, and declining species such as the Lesser Spotted Woodpecker.

Alternatively, hotfoot it to the Somerset Levels, where your holiday will coincide with both the breeding season and spring migration.

Highlights include summer-plumaged passage waders, a riot of bird song (including 10 species of warbler!), and breeding garganey, bittern and marsh harrier.

[Read more: 7 of the best coastal walks in the UK]

Focusing on the natural heritage of The Highlands, the wild estate – the very same spot to host BBC’s Autumnwatch and Winterwatch programmes – with its fresh water lochs and native woodland, offers up a tantalising backdrop for birders all year round; and a schedule of special events from April until the end of October.

Book up early doors to catch a glimpse of the spring migrants – the wheatear, ring ouzel and swallow, plus rarities such as the white-billed diver and famous red grouse.

Listen to the dawn chorus sung brilliantly by chats, pipits and tits; watch golden eagles on their nest; and embark on a trip to Handa Island to marvel at seabirds, including puffins and skuas.

If you’re after a knowledgeable tour guide, you’ll struggle to find someone more dedicated than David Rosair.

A professional ornithologist and author of a Photographic Guide to the Waders of the World, the Kent-based twitcher has more than 25 years’ experience in birdwatching and wildlife exploits via his family-owned company Island Ventures.

Pick from a vast selection of UK locations including The Outer Hebrides and Skye, The Scottish Highlands, Dorset and the unique Isles of Scilly.

The latter – a hub of wildlife off the southwestern tip of the Cornish peninsula – is a must in either spring or autumn.

In May, look out for migrant birds such as the great northern diver, whimbrel and more; while in September, raise your binoculars to spot raptors, waders, pipits and wagtails, to name just a few!

[Read more: 6 ways to attract more birds into your garden]

And as well as offering eagle-eyed birders the chance to travel to far flung destinations, the operator offers a great package of UK-based birdwatching and wildlife holidays too – with specialities in Norfolk and South Wales.

The latter, an often overlooked birder setting, offers annual trips including Birdsong and Spring Migration, Summer Wildlife, Autumn Migration and Late Migration and Winter Wildfowl, during which you can expect to see approximately 110 species, such as swallows and birds of prey, across the coastal wetlands, tranquil valleys and headlands.

With its diverse habitat and rich coastline, Norfolk – dubbed the birdwatching capital of Britain – has plenty to offer both the novice and avid birder.

Think first-class nature reserves on the famous Broads; a stretching coastline, rich with fresh and salt marsh and reed beds; and more varieties than you can jot down in your journal.

And the best part: the fun continues all year round if you sign up to one of Chris Mills’ Norfolk Birding tours.

An expert in birding and photographing wildlife, Mills’ events are suitable for all, and vary between 3-5 days each season.

Expect to see anything from common barn owls and hunting kingfishers, to Norfolk specialities such as the marsh harrier, bittern and stone curlews.