An immersive exhibition, ABBA: Super Troupers, recreates some of the key moments in the 10-year career of the band.

They've revelled in the timeless music that spawned a hit stage show and two movies, and now ABBA superfans can delight in an opportunity to relive the ABBA years in an immersive exhibition at London’s Southbank Centre titled ABBA: Super Troupers.

As any aficionado of the Swedish supergroup will tell you, there is little in life that can instantly lift your spirits quite like an ABBA song and we couldn’t miss the opportunity to relive the magic of the band in their heyday through a musical journey. 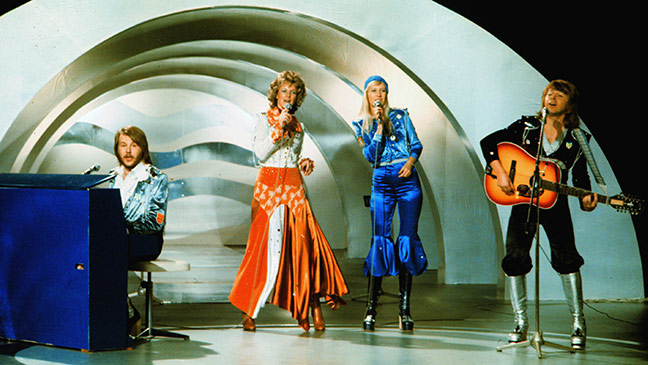 Devised with the creative input of Björn Ulvaeus in collaboration with the Southbank Centre, ABBA: Super Troupers recreates some of the key moments in the 10-year career of the band, charting their epic rise to fame, the height of ABBA-mania and the end of an era, when Anna-Frid Lyngstad, Benny Andersson, Bjorn and Agnetha Faltskog each went their separate ways.

Fortunately for us, their music outlived their ill-fated relationships by some distance and continues to be celebrated the world over. 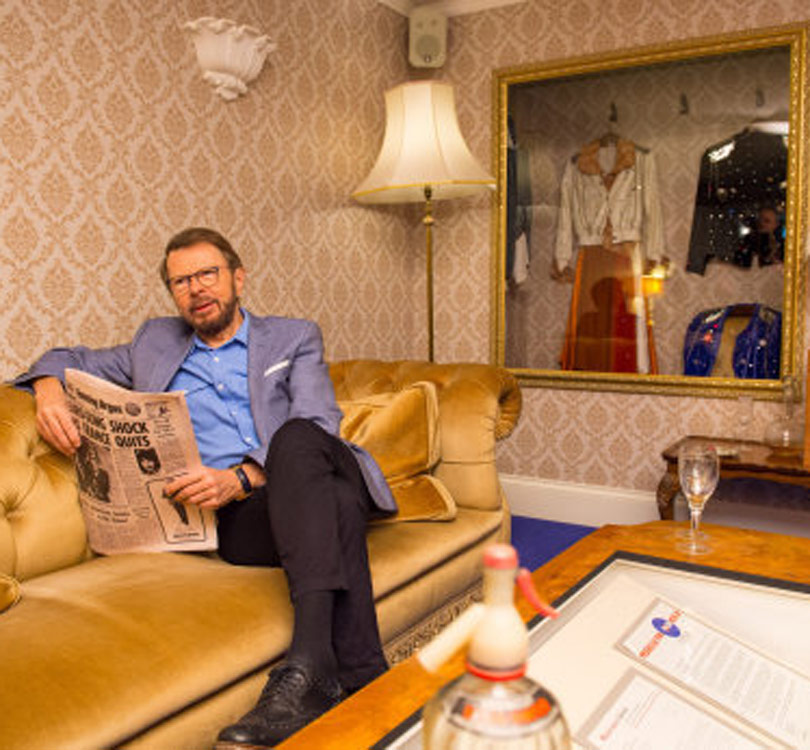 Bjorn shunned the idea of a conventional exhibition of memorabilia in favour of an intimate, immersive experience which captures all the fun and the frivolity of a moment in music history like no other.

The wide influence of the group and its broad fan-base becomes obvious as soon as you take your first step down memory lane and discover that your well-versed narrator is none other than Jarvis Cocker.

The Pulp frontman lends his dulcet tones to a guided tour that takes us through nine rooms which recall the origins of the Swedish pop band, their historic Eurovision win and the mayhem of their only world tour.

And it all starts, rather fittingly, on the dancefloor. 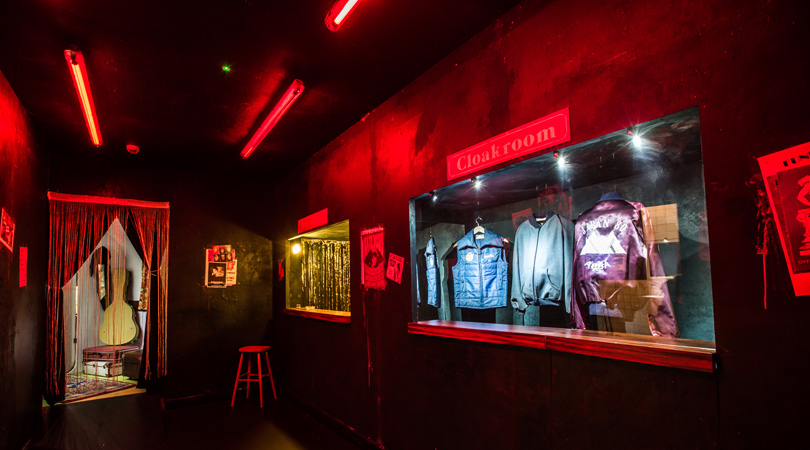 A group of no more than 16 people at a time are led into a dark corridor which is adorned with just a glitterball and a giant spotlight - named the Super Trouper - to recreate the ABBA-inspired disco of our dreams.

We kick off with a pop quiz, as we are invited to test our knowledge of the immortal songs and outwit our rivals, as one memorable track after another plays on the speaker system.

[Now watch the film: Mamma Mia is available to buy in the BT TV Store. Find out more]

To be fair, we could happily just listen to the foot-tapping tunes all day, but before we can hit the dancefloor in full disco mode, we are led through a doorway to a sitting room straight from the seventies. It's a time-warp of all things kitsch, including garish wallpaper, a floral bread bin and some dubious Artexing on the ceiling.

Scattered amongst the household wares are items of memorabilia, record sleeves, newspaper cuttings and contracts revealing the early plans for ABBA to enter the Eurovision Song Contest.

It’s a step back in time which is instantly recognisable to anyone hailing from the seventies and the decor neatly frames the social-economic situation, when the bouncy pop tunes of ABBA provided joyous respite from the doom and gloom of the looming financial crisis.

It was the Eurovision triumph of Waterloo in April 1974 that marked the beginnings of the band’s ascent to pop superstardom and the moment of their success is relived in a recreation of the very hotel room in the Brighton Grand where, after their performance, they celebrated their historic win. 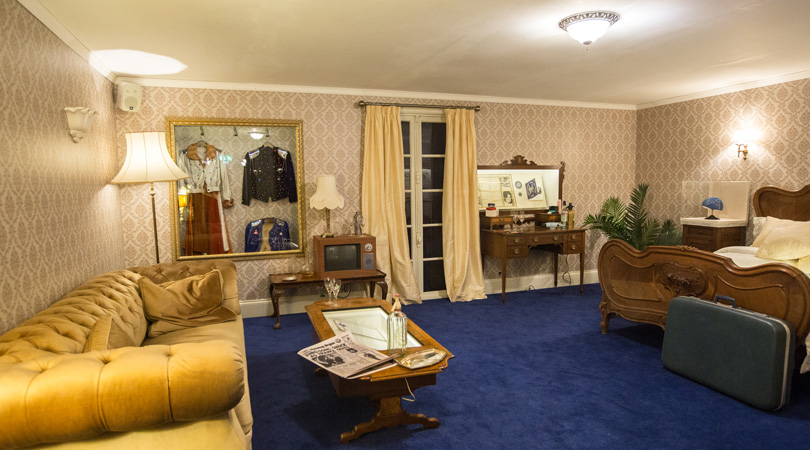 Lipstick-stained champagne glasses and the iconic costumes including the original blue cap worn by Agnetha are strewn around the fortuitously named Napoleon Suite.

A TV plays in the corner replaying their entrance on the stage as the opening bars of their winning song ring out. But while it was their Eurovision win that saw ABBA thrust upon an unsuspecting British audience, they weren't exactly an overnight success.

For a glimpse of pre-Eurovision ABBA, we step through a wardrobe, not into Narnia, but into an idyllic woodland which reveals the folk music origins of the singers, so far removed from the glam-rock-inspired style with which ABBA would forever be synonymous. 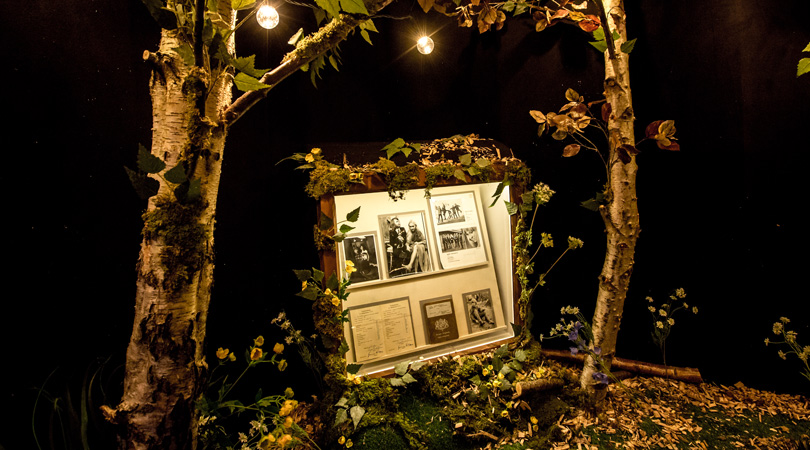 A recreation of the Polar Music studio is where the music truly comes alive and we take our places in front of the mics to stand in the shoes of Agnetha and Anna-Frid as we unabashedly belt out the lyrics of Dancing Queen.

We learn just how the band used a 24-track mixing desk to layer instruments and create a wall of sound which was at the heart of their infectious songs.

Of course, the exhibition is replete with obscure facts and anecdotes about the band that ABBA geeks will savour.

It’s a revelation to learn that during their 10-year career as ABBA, the band toured for a total of just three months and the experience of their tour of Europe and Australia - when tickets were just £7.50 each and they took to the stage to perform in the middle of an electric storm - is replicated.

Their stage costumes hang in their modest dressing rooms as video footage captures the excitement of the crowds. 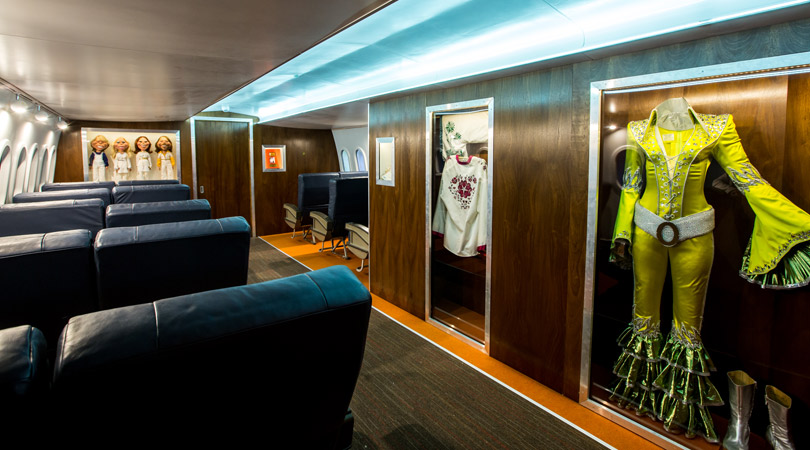 A more sombre moment comes with a recreation of the flat in the video for their last British top 10 hit One Of Us. A white room is strewn with unpacked boxes filled with framed photographs and reminders of happier times, and the letters penned by Agnetha and Anna-Frid to their fans revealing their intentions to make a graceful exit from the pop scene.

[Read more: Performing together again would be too much hassle, says ABBA's Bjorn]

Like the video, the last room of the exhibition poignantly highlights the end of ABBA’s personal and professional relationship as they went their separate ways, leaving behind their music.

Finally, a reconstructed private jet takes us on a whirlwind video tour that captures the far-reaching influence of the band around the world and their undeniable impact on the music stars of today. 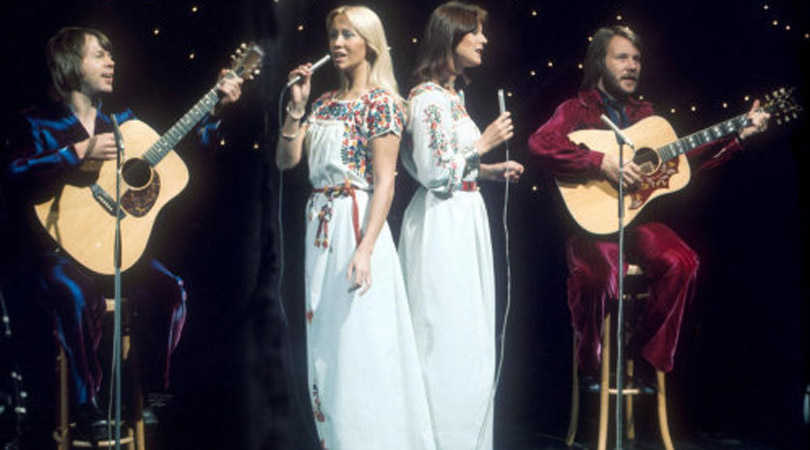 ABBA: Super Troupers is an unmissable experience for die-hard fans and a welcome opportunity to bask unashamedly in the music and the pop culture spawned by the group.

Whether you regard them as kitsch or recognise their pop genius, ABBA's uplifting music spawned a generation of dancing queens who will delight in this nostalgic jaunt through the world and the music of the Swedish super group.