7 of the world’s most colourful beaches

Earth’s shorelines really do come in a rainbow of hues.

What springs to mind when you picture a gorgeous beach scene? The words ‘soft’ and ‘golden’ probably sprung to mind, right?

But sand isn’t always sand-coloured, or any shade of yellow. Of course; there are plenty of fantastic pebble beaches dotted around UK shores, where the only golden thing you’ll likely spot are seagulls’ beaks and ice-cream cones in summer.

Black-sand beaches can be quite common, but there are also purple, orange, red and even green-hued shores in various locations around the globe.

Here are seven of the world’s most colourful beaches:

This glorious beach on the northern coast of Sardinia boasts glorious, bright orange sands, with the shoreline’s vibrant turquoise waters making for a striking contrast. It’s all down to the unique combination of ochre limestone, volcanic deposits and shell fragments. 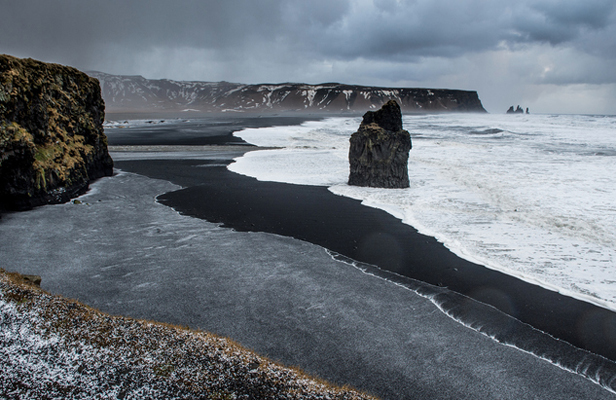 Iceland’s volcanic activity makes it one of the world’s black-sand hotspots, and one of the island’s most famous raven-hued beaches can be found in Vik, on the southern coast. If it’s drama you’re after, you’ll find buckets (and spades!) of it here, especially when misty clouds cling to the spikey rock formations beyond.

The name alone is enough to make you want to jack in the 9 to 5 and connect with your inner surf bum… The minerals that make up the sand at Pfeiffer Beach – largely quartz – have also given it a dreamy, lilac hue. It might sound a little stark and dramatic, but the soft, red shores of this Canadian region are actually incredibly serene and picturesque and, of course, a photographer’s dream.

Pink might currently be fashion’s favourite, but nature has always known how to put this dreamy shade to good use – and the impossibly beautiful Pink Sands Beach in the Bahamas is prime proof. It’s all down to a microscopic organism called foraminifera, which has a reddish-pink shell, mixed with coral fragments and calcium carbonate deposits.

It goes without saying that this surfer’s paradise boast some amazing stretches of shore. But green sands? This is exactly what you’ll find at Papakolea Beach, believed to be one of just four green-sand beaches in the world. Nothing to do with being coated in seaweed, a lot to do with erosion from areas of earth containing the mineral olivine. 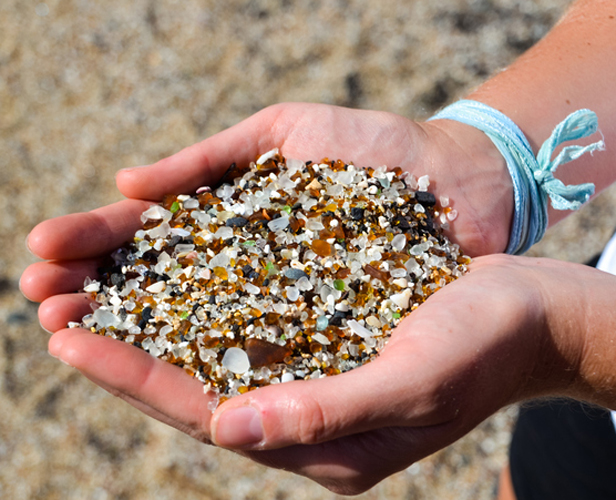 Humans and nature are both responsible for creating this unusual beach, covered with pebbles and thousands of transparent, blue, green and brown glass beans – the gem-like remnants of manmade glass products worn down from decades in the sea.