From IBS to insomnia, 5 reasons to give acupuncture a go

Don’t let the thought of those needles put you off – acupuncture can help ease everything from fertility to migraines.

From boosting fertility to easing Irritable Bowel Syndrome and helping you get a good night’s sleep, acupuncture is fast becoming the country’s go-to complementary treatment.

Some 2.3 million acupuncture appointments are made each year in the UK, according to the British Acupuncture Council (BAcC) and the National Institute for Health and Clinical Excellence (NICE) has given it their seal of approval for the treatment of lower back pain, migraine and chronic tension headaches.

But many people still only discover acupuncture as a last resort, says the BAcC, whose Acupuncture Awareness Week runs from March 2-8, 2015. And some 21% of Brits think the needles are the same size as those used for injections, when they’re actually only as thick as a human hair.

So what is acupuncture?

Based on 2,000-year-old Chinese healthcare principles, acupuncture is a holistic approach that sees pain and illness as signs that the body is out of balance. Traditional Chinese Medicine (TCM) practitioners believe symptoms occur when the body’s qi (vital energy – pronounced ‘chee’) is blocked due to a combination of emotional, physical and mental reasons, such as stress or poor nutrition.

How does acupuncture work?

The fine sterile needles are inserted into specific acupuncture points to re-establish the free flow of qi, restore balance and trigger the body’s natural healing response. In Western medicine, it’s understood that the needles stimulate nerve endings and alter the way your brain responds to pain. 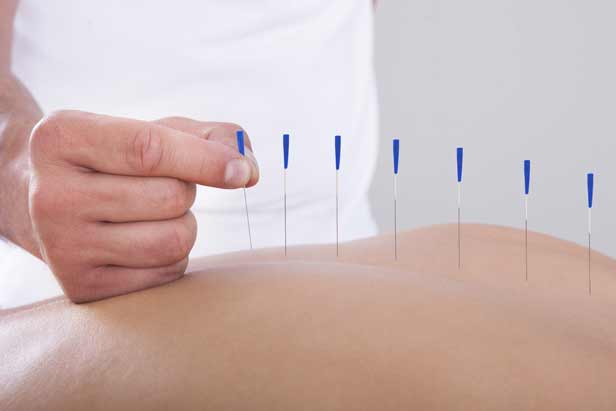 Acupuncture reduces cortisol levels, so the ill effects of stress are modified. It soothes over-thinking and anxiety, so we feel relaxed and optimistic and it promotes immunity and balances our internal environment,” says Maureen Cromey, founder of Good Acupuncture Clinics and a researcher for the BAcC, who has been practising for 30 years.

“The mechanism isn’t always clear, so we don’t understand exactly why it works, but now we know it’s effective.”

[Read more: What is cupping? All you need to know about the Chinese therapy]

Who can have it?

Acupuncture is considered suitable for all ages including babies, children and the elderly.

At her clinics at London’s Harley Street and Chiswick, Cromey sees everyone from men with severe stress and anxiety problems, back pain or hay fever, to women with period problems, migraines or menopausal symptoms.

“I see pregnant ladies needing the baby turned, a widow still grieving and suffering from arthritis since the sudden death of her husband, and ladies recovering from breast cancer.”

What happens at an appointment?

The BAcC explains that your acupuncturist will do a full diagnostic consultation asking questions about your medical history including all aspects of your health and wellbeing.

Your acupuncturist will also look at your tongue and feel your pulses on both wrists. This comprehensive diagnostic consultation allows the practitioner to create a bespoke treatment plan including lifestyle and dietary advice as well as acupuncture.