Prostate cancer: The signs and symptoms

We look at a disease that will affect 1 in 8 men.

Bill, 62, told Radio Times magazine that that he was diagnosed at the end of last year, after long-term aches and pains which he had put down to “old age” were no longer being alleviated with pills. He said that the cancer had spread to the bone.

The Classic FM host said he wants others to know his condition to encourage people to get tested, saying that “maybe if I’d got it earlier and stopped it at the prostate, I’d be in a much better state”.

But what is prostate cancer - and what are the signs? Read on to find out more.

What you need to know about prostate cancer

It’s critical that everyone knows the symptoms and the risk factors of a disease that is predicted to be the most common form of cancer by 2030.

Early symptoms of the disease include (though remember these symptoms can often be a sign of non-cancerous prostate conditions):

• Needing to urinate more frequently, often during the night
• Needing to rush to the toilet
• Difficulty in starting to pee (hesitancy)
• Straining or taking a long time while urinating
• Weak flow
• Feeling that your bladder has not emptied fully
• Pain when passing urine
• Blood in the urine or semen

• Pain in your back, hips and pelvis
• Weight loss, particularly in elderly men
• Difficulty getting an erection

As with most cancers, a poor diet can increase your risk of prostate cancer. Experts say you should limit dairy and calcium (more than 2000mg of calcium a day might increase your risk, this is equal to 1.6 litres of milk); processed and red meat (limit red meat to 300g cooked meat a week; very well-done or burnt meat (it produces chemicals that can damage normal cells and cause cancer); saturated fat; alcohol (keep within government recommendations); some dietary supplements (high doses of Vitamin E supplements have been linked to a higher risk of prostate cancer).

Experts also suggest you may have a higher risk if your mother or sister has had breast cancer linked to the BRCA1 or BRCA2 gene, particularly if they were diagnosed under the age of 60. 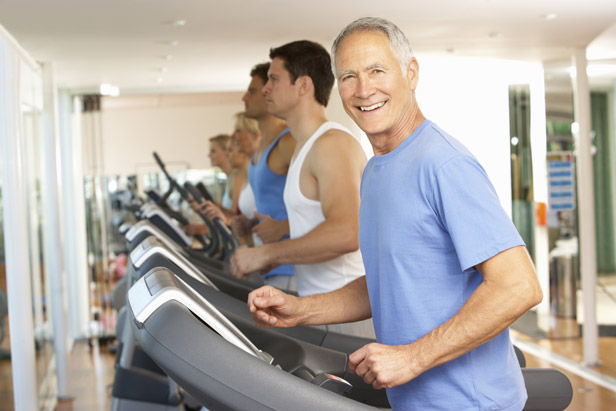 Again, a prime culprit, lack of physical activity will leave you more vulnerable to prostate cancer. Experts say you need to aim for 30 minutes of moderate exercise five times a week - enough to get out of breath, such as brisk walking, cycling or swimming. Or you could do 75 minutes of vigorous exercise a week, such as running, tennis or football.