Why are Kim Kardashian, Kylie Jenner and the rest of the family famous?

You know their names, but do you know how – and why – they’re famous or which is which? We examine the Kardashian-Jenner family tree.

They're everywhere which might get you wondering - who on earth are the Kardashians and Jenners and why are they famous?

The chances are, you’re aware of the Kardashian clan, but do you have any idea who they are? And why Kim Kardashian et al are famous in the first place?

And how do Brody Jenner, Kanye West and Armenia fit into the mix? And who is Kim Kardashian's Dad, Caitlyn Jenner's ex-wife and what plastic surgery has Kourtney Kardashian admitted to?

If you’re a Kardashian fanatic like me, or have Keeping Up With The Kardashians stacked up on your TV box, you’ll know all this already. Especially if you're going to watch it on BT TV.

But if you’re left scratching your head at the mere mention of Northie, have no idea what – or who – a ‘momager’ is and can’t tell the difference between Kendall and Kylie, then follow our family tree to find out how the Kardashians went from the OJ Simpson trial and a sex tape to become the world’s most famous family.

Who is Kim Kardashian?

Easily the most famous Kardashian of them all, Kim, 37, made a name for herself as a personal stylist and shopper to the likes of Paris Hilton – she even popped up on The Simple Life, Paris’ reality show with best friend Nicole Richie.

[Read more: See how much the Kardashians have changed over the years] 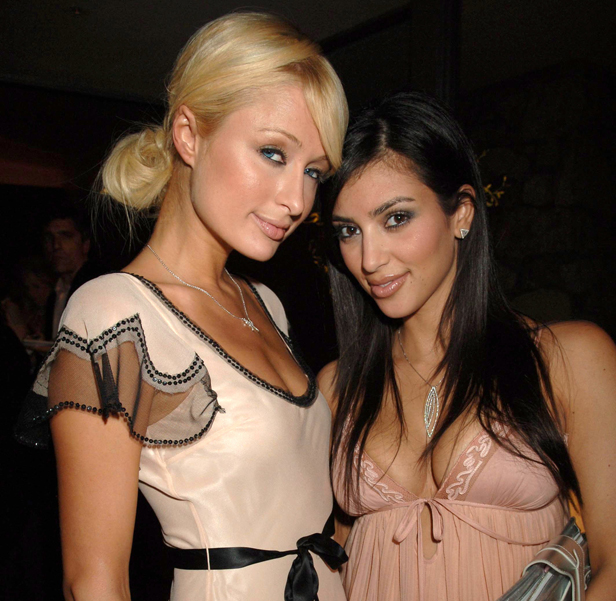 Fame eluded her until 2007, when a sex tape she made with singer Brandy’s brother Ray J was mysteriously leaked. Just weeks later, Kim signed up with the E! channel to film her own reality show with her family, Keeping Up With The Kardashians, and posed for a nude pictorial in Playboy.

Since then, she’s graced the covers of thousands of magazines, endorsed various fashion, beauty and health brands (promoting everything from Hairburst, hair growth supplements to an energy drink called Hype) and has her own video game - Kim Kardashian: Hollywood - and an app. Kim fans went buying crazy for her debut beauty line, KKW Beauty, which not surprisingly is a whole lot of contouring kits. Kim and husband Kanye also have a kids clothing line, Kids Supply, which is often modelled by daughter North West and a scent collection under the KKW Beauty banner (she has seven under a parent company).

Kim’s been married three times. In 2000, a 19-year-old Kim eloped with music producer Damon Thomas. The pair divorced three years later. In 2011, she wed basketball player Kris Humphries but filed for divorce after 72 days of marriage. (After a live televised wedding, I might add).

She started dating long-time friend, rapper Kanye West, in 2012 and the pair tied the knot at a star-studded wedding in 2014 – but not before scoring their first ever Vogue cover. Kanye dubbed the pair “the world’s most talked about couple”.

She and Kanye welcomed a baby girl, Chicago, via a surrogate, into the family early 2018.

A post shared by Kim Kardashian West (@kimkardashian) on

Unfortunately, it's not all good things for the star. In October 2016, she was held up at gunpoint and robbed of more than £8million worth of jewellery while staying in Paris for Paris Fashion Week and her husband Kanye was hospitalised around later that year.

A post shared by Kim Kardashian West (@kimkardashian) on

[Kim Kardashian’s robbery one year on: All your burning questions answered]

Who is Kris Jenner?

Kris is, in her own words, the Kardashians’ momager (that’s their mum-slash-manager) and runs her own production company, Jenner Communications.

She married Kourtney, Kim, Khloe and Rob’s dad Robert Kardashian (the son of American-Armenian parents and a close friend of OJ Simpson) in 1978, giving up her career as an air hostess.

In 1995, during OJ’s murder trial, Robert Kardashian was part of the legal team that eventually helped clear Simpson of the murder of his wife, Nicole Brown. There's now a documentary available on Netflix chronicling Robert's involvement with the trial, Kardashian: The Man Who Saved OJ Simpson. Kris and Robert divorced in 1991, although remained friends until his death from oesophageal cancer in 2003.

[Read more: Kardashians spin-off: Kylie Jenner to star in her own TV show]

Just one month after divorcing Robert, Kris married her second husband, former Olympian Bruce Jenner. The couple went on to have two children of their own, Kendall and Kylie, and divorced earlier this year. Transgender Bruce is now known as Caitlyn.

62-year-old Kris was dating Corey Gamble, 35, who was once part of Justin Bieber’s management team but the pair are recently said to have split as Kris wants to focus her attention on her family. He does however still pop up on KUWTK, so perhaps it's not over?

Who is Caitlyn Jenner? She has been married three times and has six children: Burton and Cassandra (known as Burt and Casey) with Chrystie Scott; sons Brandon (married to Leah, daughter of Eagles guitarist Don Felder) and Brody (who appeared in reality shows The Princes of Malibu with Spencer Pratt, Laguna Beach and The Hills) with actress Linda Thompson (who used to be married to music supremo David Foster) plus Kendall and Kylie with Kris.

As Bruce Jenner, he would travel around America as a respected motivational speaker.

Just over a month since Bruce Jenner came out as transgender during an interview with Diana Sawyer in America, the 65-year-old revealed her new name and look on the cover of Vanity Fair.

During an interview with the magazine, Caitlyn said: “This is about your life. Bruce always had to tell a lie. He was always living that lie every day, he had a secret, from morning till night. Caitlyn doesn’t have any secrets. As soon as this Vanity Fair cover comes out, I’m free.”

Happy Thanksgiving to all my friends and family :)

She's now onto her second season of her own reality show too, called I Am Cait and created a lipstick for Mac Cosmetics, with all proceeds going to charity. Her debut book, The Secrets of My Life, didn't go down well with Kim, Kris et al.

Who is Kourtney Kardashian?

She is the only member of the family to admit to having plastic surgery after she had a boob job at the age of 18.

Who is Khloe Kardashian?

Kim and Kourtney’s younger sister Khloe, 33, married basketball player Lamar Odom in 2009, a month after they met. The pair were given their own show, Khloe & Lamar, but filed for divorce in 2013.

She is now dating another basketball player, the Cleveland Cavaliers' Tristan Thompson, and the pair have recently welcomed their first child, True Thompson, together.

In 2012, Khloe joined the American version of the X Factor as a host, alongside Mario Lopez, for one season and even hosted her own radio show. Last year, she released her first book, Strong Looks Better Naked.

[Read more: Kim Kardashian’s braids – how to get the look]

“I hope to be an inspiration to readers everywhere on how they can create their own true strength and beauty inside and out,” she said.

Khloe's solo TV venture, a show called Kocktails With Khloe, was cancelled after one season but her newest show, Revenge Body with Khloe Kardashian has finished the second season (catch it on E!, BT TV channel 321). Her best friend is Celebrity Big Brother star Malika Haqq.

Another of her solo ventures, the denim line Good American, sold $1 million-worth of jeans on the day of launch.

Who is Rob Kardashian?

Kourtney, Kim and Khloe’s youngest brother Rob, 30, has shunned the spotlight in the last year or two. He even flew home before Kim and Kanye’s wedding as he didn’t want to be photographed after putting on weight. 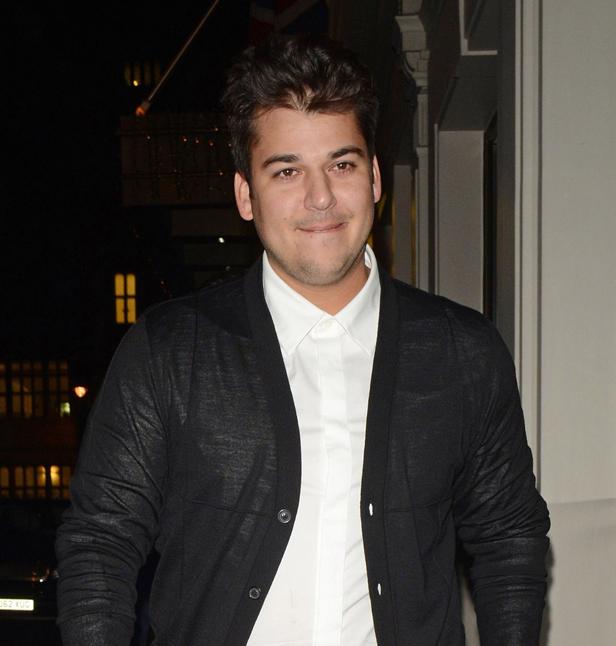 Despite no longer appearing on Keeping Up with the Kardashians as a regular cast member, 29-year-old Rob’s romances were focal parts of previous shows, including his relationship with actress Adrienne Bailon. He also dated singer and The Voice mentor Rita Ora.

Like his sister Kim, Rob was a contestant on Dancing with the Stars (an American Strictly Come Dancing) and came second. In 2012, he launched a sock line called Arthur George.

These days, he's making the headlines for his tumultuous relationship with Blac Chyna (his sister Kylie's beau Tyga's ex, with whom she has a child, King. It's complicated) who gave birth to his daughter, Dream, last November. The pair even had their own reality show, Rob and Chyna although given recent events (Blac Chyna now has a restraining order against him) we're not holding out for a second series.

Who is Kendall Jenner?

At 22, Kendall is already one of the fashion industry’s most in-demand models, having walked and appeared in campaigns for Chanel, Karl Lagerfeld, Donna Karan and Marc Jacobs.

She is currently the face of Estee Lauder and Calvin Klein Jeans, who have both credited the teenager with boosting sales and walked her first Victoria's Secret show last year.

She is often seen hanging out with fellow models Cara Delevingne, Gigi Hadid and Hailey Baldwin and is part of Taylor Swift's squad too.

Who is Kylie Jenner?

The baby of the bunch, 20-year-old King Kylie (as she's known) has her own lip range, #LipKitByKylie and Kyshadow eyeshadow palettes.

Kylie and Kendall have collaborated on a few fashion ranges, including one for Pacsun and the Kendall & Kylie collection for Topshop which launched last year, the first celebrity collaboration the high street has done since Kate Moss. They also launched their first clothing line KENDALL + KYLIE a few years ago.

Kylie has also hit the headlines for admitting to having lip fillers to plump up her lips and for getting into Twitter spats with Blac Chyna, the ex of her now ex-boyfriend, rapper Tyga. (And yes, her brother Rob Kardashian's ex-fiancée/baby mama).

Kylie was the latest of the clan to get her own reality show. The eight-episode series, called Life with Kylie, was on E! BT Channel 321/386 HD) and followed her, her friends and her family plus her Kylie Cosmetics beauty business.

And the youngest of the clan has just given birth to a baby girl, Stormi, after hiding her pregnancy for nine months. The daddy? Her boyf, rapper Travis Scott (real name Jacques Webster), who she's been dating since April 2017. Are you keeping up?

Catch up on the BT Player >