Police officer Yvonne Fletcher was hit by shots fired from London's Libyan Embassy, sparking an 11-day siege and a campaign for justice that continues to this day.

An 11-day siege of the Libyan Embassy in London was set in motion on this day in 1984 when shots fired from the building hit and killed 25-year-old Metropolitan Police constable Yvonne Fletcher.

WPC Fletcher had been one of a small number of officers overseeing a group of protestors outside the embassy in St James’s Square, who were demonstrating against the regime of Colonel Muammar Gaddafi.

The protestors held placards and shouted anti-regime slogans; later, a number of pro-Gaddafi Libyans had appeared from within the embassy and started their own chants, but the two groups – neither of whom numbered more than 70 people - were kept well apart. 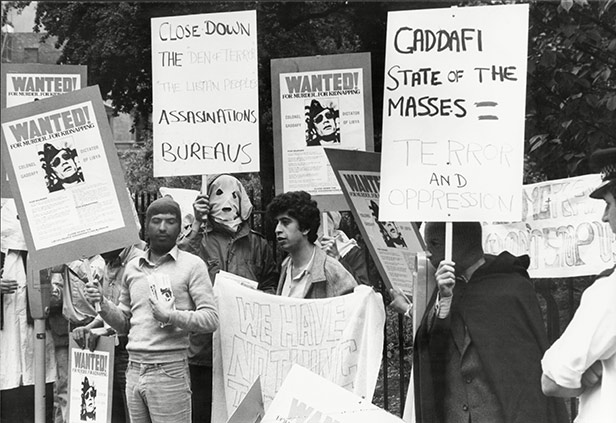 Then, at around 10.18am, a burst of automatic gunfire came from an upper window in the embassy. WPC Fletcher was hit, and fell to the floor holding her stomach. A number of her colleagues – including her fiancé, also a police officer – comforted her while an ambulance was called.

She was taken to Westminster Hospital but died of her wounds less than two hours later. Ten demonstrators were also hospitalised with gunshot wounds. 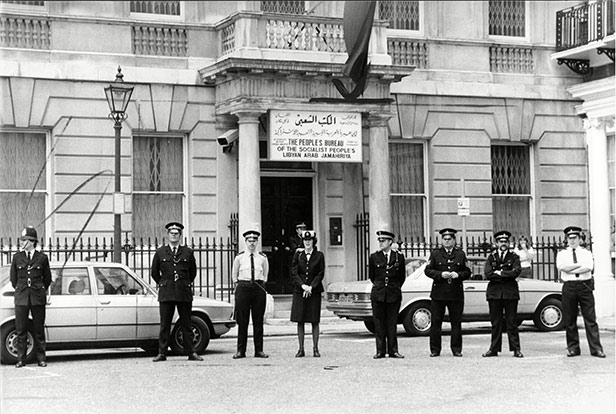 Neighbouring offices and homes were evacuated as the police surrounded the building. But under international law it was impossible for the police or security services to enter the embassy without the permission of the Libyans – and so a long stand-off began.

On April 27, after days of brokered negotiation and with the lives of British diplomats in Tripoli at risk, the embassy siege came to an end. Staff were allowed to leave the building unmolested and board a plane which took them back to Libya.

WPC Yvonne Fletcher - Did you know?
Print this story
Back to top