April 21, 1934: Daily Mail prints photo of the Loch Ness Monster - but was it really Nessie?

The blurred 'Surgeon's Photograph' claiming to prove the existence of Nessie was published by the Daily Mail - but was the paper the victim of an elaborate sting?

The Daily Mail caused a sensation on this day in 1934 when it published what became known as ‘the Surgeon’s Photograph’ – a picture which the paper reported as being proof of the existence of the Loch Ness Monster.

It was said to be taken by a man named Robert Kenneth Wilson, a prominent London gynaecologist, who did not want to have his name associated with it, hence the picture’s nickname.  It seemed to show a small head and neck of a creature just breaking the waves on the famous Scottish lake.

Wilson claimed to have been walking by the loch when he saw the creature break the surface.  He hurriedly took four photos, only two of which came out; the second showed a similar head and neck in diving position, but was rather blurry. 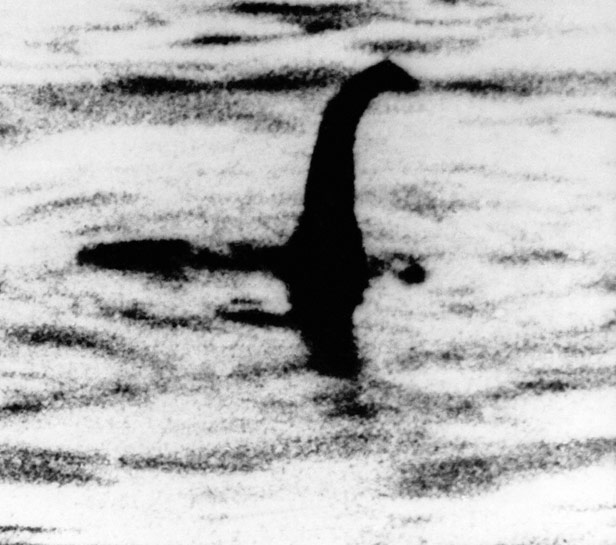 Despite local tales of a beast in the water having existed for centuries, the Loch Ness Monster first came to national prominence in 1933 after a new road was opened giving easy access to unrestricted views of the loch.

Soon afterwards, a couple named Spicer reported seeing ‘a most extraordinary form of animal' of around 25 feet long with a long neck crossing the road in front of their car before disappearing into the water.

The Daily Mail sent big game hunter Duke Wetherell to investigate, and while he did not see Nessie, he discovered huge footprints leading to the loch.  After these were discovered to have been made by a dried hippo’s foot – which were in common usage as umbrella stands at the time – the Mail publicly ridiculed the hunter.

It would later be suggested by his son-in-law, Christian Spurling, that the Surgeon’s Photograph was an elaborate revenge ploy by Wetherell. He had created a plastic head and neck and attached it to a toy submarine, taken the photos, and had Wilson deliver them to the Mail.

Spurling’s claims seemed to be borne out by various attempts at photographic analysis of the picture, which suggest the object is no more than 90cm in length; nevertheless, these analyses are inconclusive and several writers remain convinced that Wilson’s photo shows the ‘real’ Nessie.

The Loch Ness Monster – Did you know?
Print this story
Back to top