April 24, 1993: IRA’s Bishopsgate bomb devastates the heart of the City of London

One person was killed, 44 were injured and £350 million of damage was done when the IRA detonated a massive bomb in the capital's banking centre.

A huge IRA bomb made of fertiliser and diesel fuel was detonated in the centre of the City of London on this day in 1993, killing one person, injuring another 44, and causing £350 million worth of damage.

Hidden in a stolen Iveco tipper truck parked outside the Hong Kong and Shanghai Bank at 99 Bishopsgate, the device exploded at 10.27am on a Saturday morning, causing extensive damage to buildings in a 500-yard radius, and shattering over 500 tonnes of glass from windows. 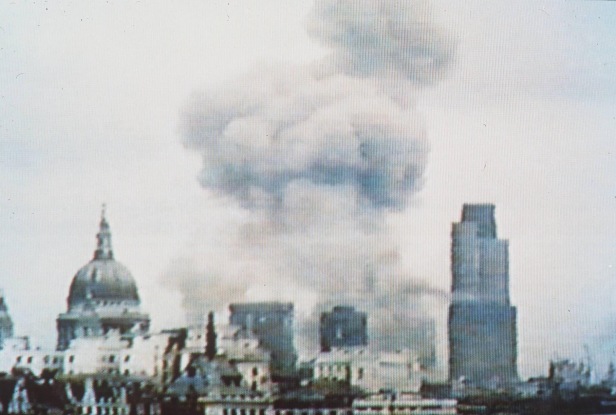 St Ethelburga's, a mediaeval church (below), was destroyed while another church, the NatWest Tower and Liverpool Street underground station were all severely damaged.

Warnings had been delivered by the IRA to police and the area was being cleared when detonation occurred. The man killed was later identified as News of the World photographer Ed Henty, who had gone back into the danger area after ignoring police warnings to stay away.

The bomb was similar in size and type to that which had killed three people and injured 91 others nearby just over a year previously, at the Baltic Exchange on St Mary Axe. Repairs to the Exchange had just been completed when the new bomb caused further damage to offices within it. 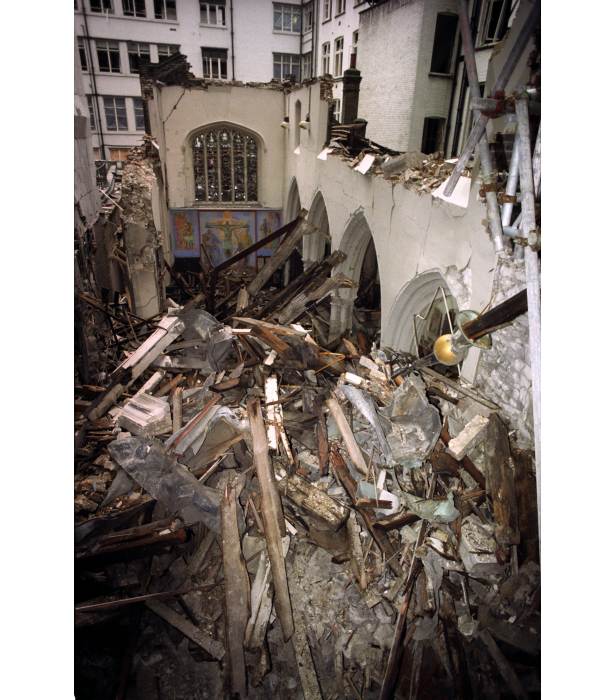 The IRA admitted responsibility, sending a statement to non-American foreign-owned businesses in the area, saying: "In the context of present political realities, further attacks on the City of London are inevitable".

In response the government ordered a security ‘Ring of Steel’ to be placed around the City; most roads in the area became exit-only, with the eight routes in guarded by armed police and monitored by CCTV cameras.

Prime Minister John Major maintained that the bombing campaign would hinder any chance of agreement with republicans; the IRA would call a ceasefire the following year, allowing Major to meet Sinn Fein for their first formal talks in 22 years.

The Bishopsgate bomb - Did you know? 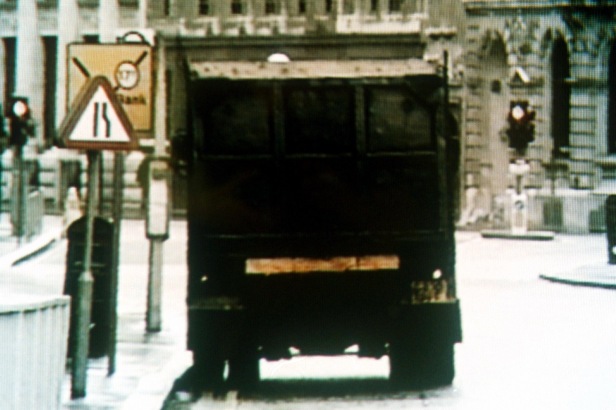