Formula 1 world champion Niki Lauda was left fighting for his life after a high-speed crash at Germany's Nürburgring left him with severe burns to his head and hands and smoke damage to his lungs.

Formula One racing driver Niki Lauda came close to losing his life after an horrific accident during the German Grand Prix at the Nürburgring race track on this day in 1976.

The Austrian driver had crashed his Ferrari 312T2 at high speed through fencing into a bank of earth, which made the car burst into flames and spin back onto the track, where it was hit by the vehicle of Brett Lunger.

Lauda was trapped in the burning car for around a minute until he was freed, thanks to the efforts of Lunger and fellow drivers Harald Ertl, Arturo Merzario and Guy Edwards who were armed with a single fire extinguisher. "Another 10 seconds, and I would have died," he said later. 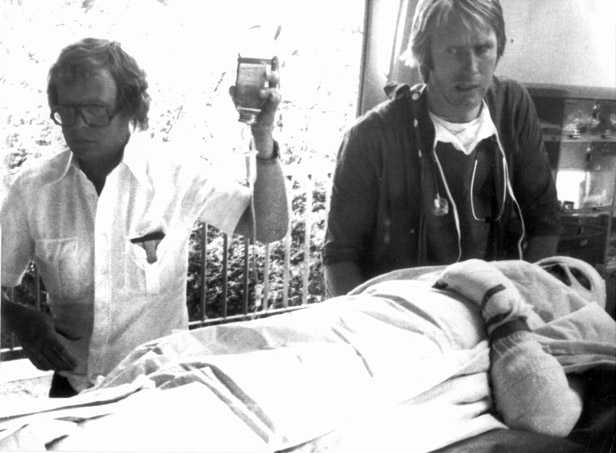 Reigning world champion Lauda, 27, remained conscious throughout his ordeal and could be seen sitting up as medics tended to his burns immediately afterwards, but he lapsed into a coma while being transferred to nearby Adenau hospital.

He was later flown to University Hospital Mannheim in critical condition. His scalp, hands and forehead had been severely burnt and searing toxic smoke from the burning car had also damaged his lungs and blood. He would spend the next few days fighting for his life.

Remarkably - after gruelling operations to remove smoke and debris from his lungs and face, then to replace his eyelids and repair his tear ducts - Lauda would return to Formula 1 for the Italian Grand Prix at Monza, just six weeks after his accident (below). 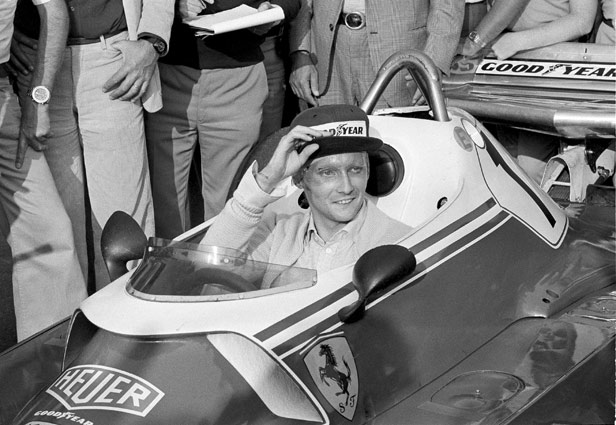 Swathed in bandages and wearing a specially-modified helmet, Lauda finished fourth.  But having led the world championship race since the start of the season, his lead was clawed back by British driver James Hunt, who would secure the world title at the last race of the season in Japan.

Niki Lauda – Did you know? 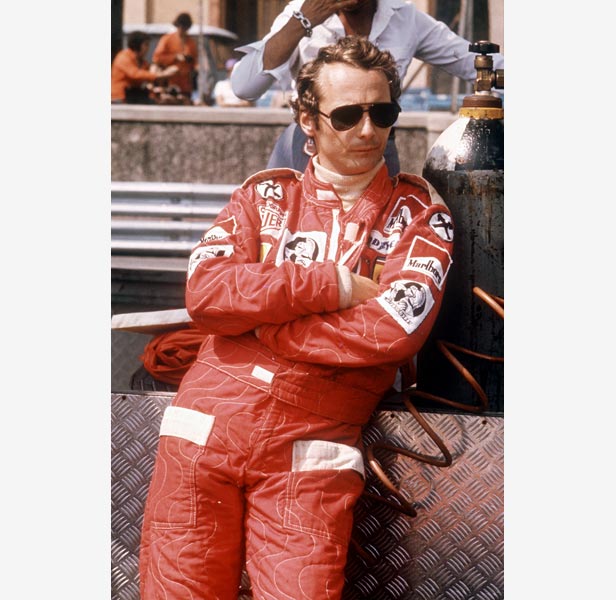