After weeks of tension and with the backing of the USSR, East German leaders ordered the building of a border between East and West Berlin which would divide the city for 28 years.

On the morning of August 13, 1961, Berliners woke up to a find themselves living in a divided city.

In August 1961, the East German government took desperate measures to stem the flow of people fleeing to West Germany.

With the backing of Russian Premier Nikita Kruschev, East German leader Walter Ulbricht signed an order to close the border between East and West Berlin – through which up to 1,700 people were escaping every day – and erect a wall.

[November 9, 1989: The Berlin Wall falls, taking much of Communist Eastern Europe with it]

At midnight on August 13, a day which became known as  ‘Stacheldrahtsonntag’ (‘barbed wire Sunday’), East German troops started to close the border, tear up roads and erect a 100-mile wall around West Berlin – the area controlled by the Western Allies – just inside the Eastern sector of the city. 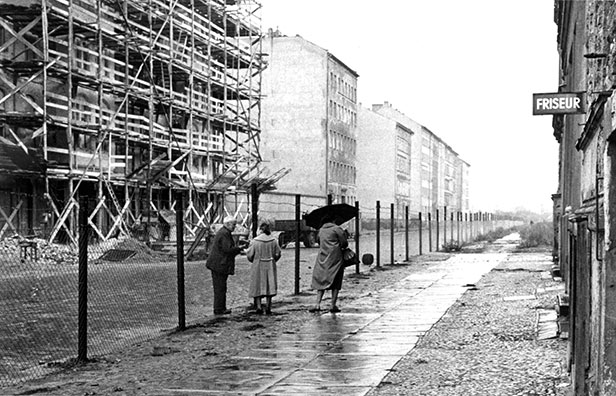 They constructed barbed wire fences up to six foot high – which over the following weeks would be replaced by concrete blocks – and soldiers stood in front of the Wall with orders to shoot anyone who attempted to defect. The concrete section of the Wall eventually reached nearly 12ft in height and was 66 miles long; and by the time it was finished, the Wall was equipped with machine gun posts, searchlights and watch towers. Armed Border Police patrolled it day and night. 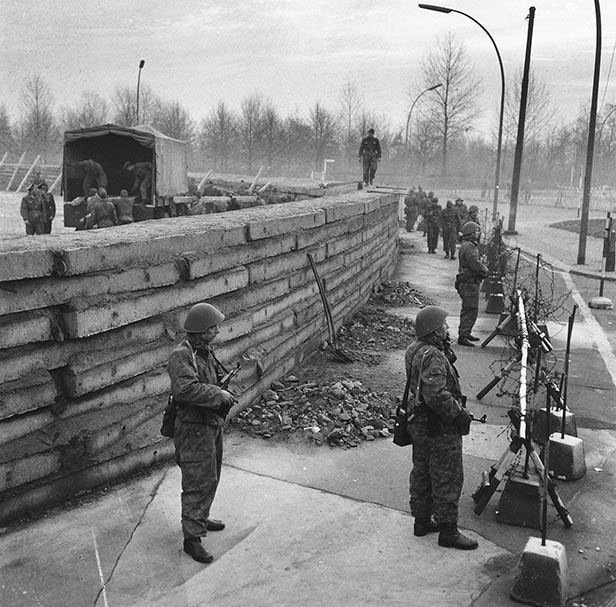 The main route for those wanting to flee East Germany for the West had been cut off.

Train services and road traffic between East and West Berlin were also halted – meaning that those East Berliners who worked in the West were cut off from their jobs – and many families and neighbourhoods in Berlin were divided by the Wall. West Berlin became an isolated zone in the Eastern bloc, and the Wall came to symbolise the Cold War division between East and West.

Thousands of protestors quickly gathered on the West Berlin side of the Wall to demonstrate against it. When they tried to trample down the barbed wire at one crossing point, they were driven back by border guards with bayonets.

Appealing for calm, West German Chancellor Konrad Adenauer told the nation: "Now, as always, we are closely bound to the Germans of the Russian zone and East Berlin. They are and remain our German brothers and sisters. The Federal Government remains firmly committed to the goal of German unity." 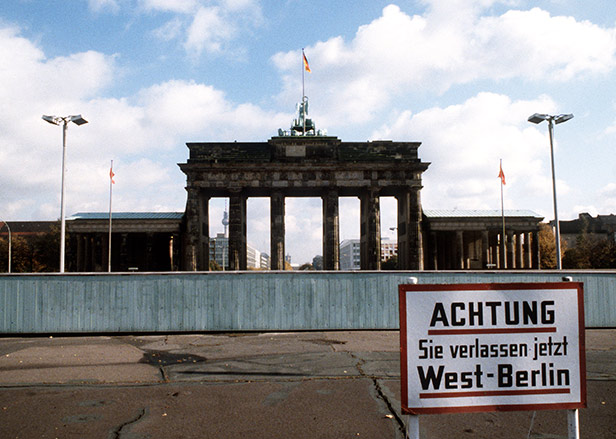 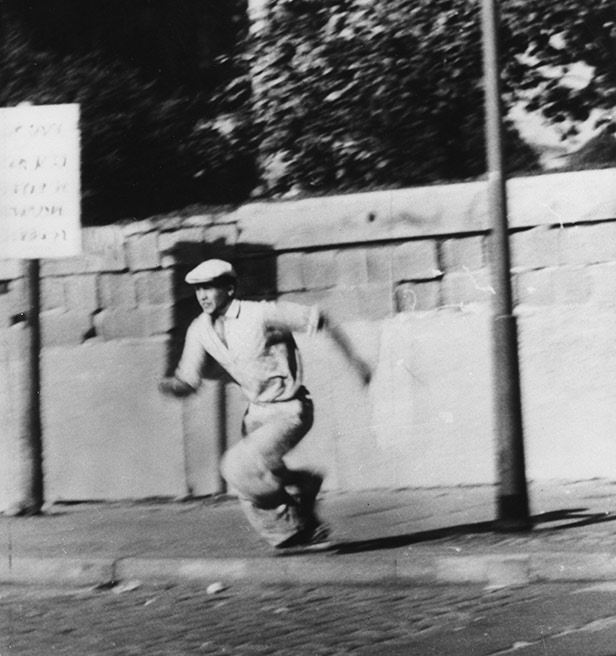 Between its construction in 1961 and its fall in 1989, an estimated 5,000 people tried to escape over the Berlin Wall. Nearly 200 people died trying to cross the border – many of them shot on sight.