December 15, 1979: Trivial Pursuit, the board game that became a global hit, is invented

Inspired by a game of Scrabble, journalists Chris Haney and Scott Abbott devised a simple board game that became a family favourite which has sold 100 million copies.

Q. Which best-selling board game was devised by two Canadian journalists over a game of Scrabble?

On December 15, 1979, Canadian journalists Chris Haney and Scott Abbott were playing the ever-popular word game when, forced to give up because of a handful of missing letters, they talked about inventing their own board game instead.

Before long, the pair were sketching ideas for a game based around answering general knowledge questions, and the spoked playing board and six now-familiar categories were down on paper within the hour.

Confident that the game would be a commercial success, Haney left his job as a photojournalist and moved to Spain to compile the 6,000 questions required; sports writer Abbott, meanwhile, set about trying to raise the $75,000 needed to put the game – then called Six Thousand Questions – into production. 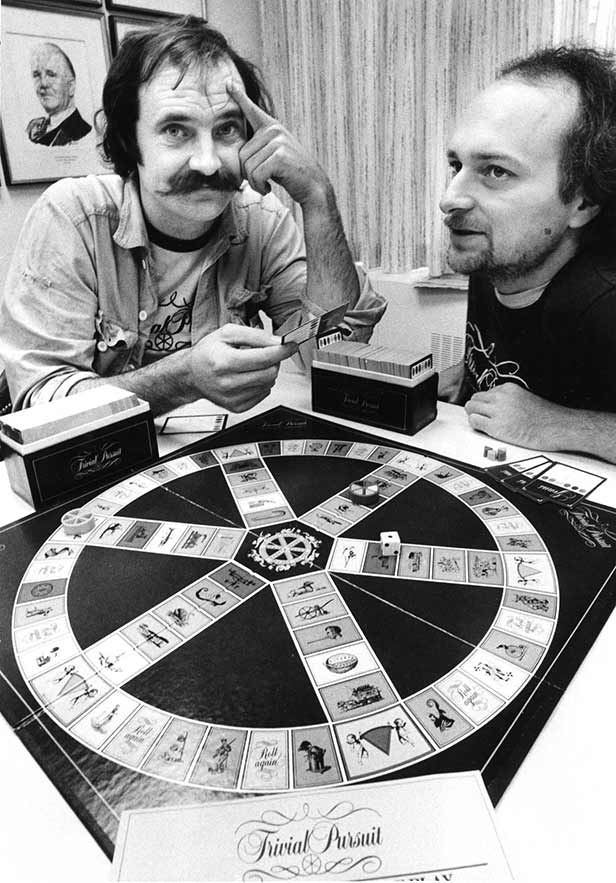 Eventually they secured enough funds to produce 1,100 copies, but while the games retailed at $15 each, the first batch cost $75 apiece to make. Faced with huge losses, their luck was to change during the 1982 New York Toy Fair, when a TV chat show host picked up a copy of the game and read questions to his guests, prompting a surge in interest and sales.

The game took off and in 1984, 20 million copies of Trivial Pursuit were sold in the US alone. The rest, as they say, is history. And entertainment, sport & leisure, art & literature, science & nature and geography.

[September 10, 2001: We don't want to give you that, Millionaire bosses tell 'cheating major' Ingram]

Trivial Pursuit - Did you know?
Print this story