Bill Clinton became the first US President in 130 years to be sent for trial by the House of Representatives on charges of perjury and obstruction of justice.

On this day in 1998 Bill Clinton, the 42nd President of America, was impeached by the US House of Representatives on two charges - one of perjury and one of obstruction of justice.

Clinton became only the second US President to be impeached - a process by which any state official is formally accused of wrongdoing or illegal behaviour - and the first since Andrew Johnson in 1868.

Independent investigator Kenneth Starr had been appointed by the State to investigate the legality of Clinton’s involvement in the Whitewater real estate investment scheme in the 1970s and 1980s.

The investigation grew to include other alleged abuses including a sexual harassment case against a former Arkansas government worker Paula Jones, and Clinton’s affair with a young unpaid intern, Monica Lewinsky (below). 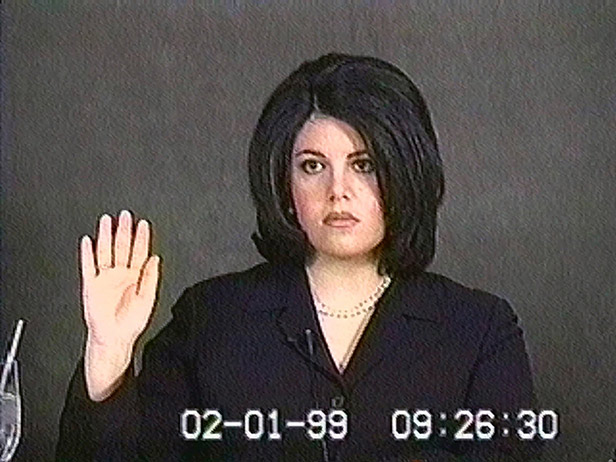 The House passed motions accusing Clinton of lying to Starr’s grand jury and of obstructing justice in the Jones case, but rejected two other charges – a second perjury charge and one involving abuse of powers.

Impeachment can result in the removal from office of the accused, and criminal or civil charges. In this case President Clinton was tried by the US Senate the following year, with a two-thirds majority (67 senators) needed to convict him and remove him from office.

On February 12, 1999, Clinton was acquitted when only 50 of the 100 senators found him guilty on the obstruction of justice charge, and 45 on the perjury charge.  Because both votes fell short of the 67 required, he was able to serve out the rest of his second term as President.

[Also on this day: December 19, 1956 - Thick fog causes six deaths and many injuries on Britain's roads]

Clinton’s impeachment – Did you know?
Print this story
Back to top