Members of the public paid one franc to watch 10 short silent films projected onto a screen in a Paris hotel – effectively giving birth to the cinema.

December 28, 1895, marks a historic day in the history of the cinema, but you won't find the movies that premiered on this day among the Christmas schedules or in anyone's Top 10 list.

At the Salon Indien of the Grand Café in Paris, cinematography pioneers the Lumiere Brothers effectively opened the first cinema box office, charging the public to see 10 short films they had filmed earlier that year projected onto a big screen.

Eager Parisians paid one franc to watch the 48-second clips in the communal setting. Fellow pioneer Thomas Edison's coin-operated Kinetoscope had been around for some five years before Auguste and Louis Lumiere began their operations, but its peephole operation – akin to the later 'What the Butler Saw' machine – meant it was hardly the shared experience the Lumieres envisaged for their cinema.

The first of the 10 films to be shown at the performance, Workers Leaving the Lumiere Factory (above), was recorded in March of that year and is believed to be the first true motion picture. It was filmed on the same cinématographe device (developed by Auguste) as it was projected on, and showed employees leaving the brothers' film factory in Lyon.

Other films on the bill, all directed by Louis, featured a clip of a gardener using a sprinkler, one of Auguste,his wife and his daughter Andrée having breakfast (below) and another of Andrée trying to catch goldfish in a bowl.

The Lumieres took their films on tour over the next few months, visiting Brussels, Bombay, London, New York and Buenos Aires to show off their mini-documentaries.

The Lumiere Brothers - Did you know? 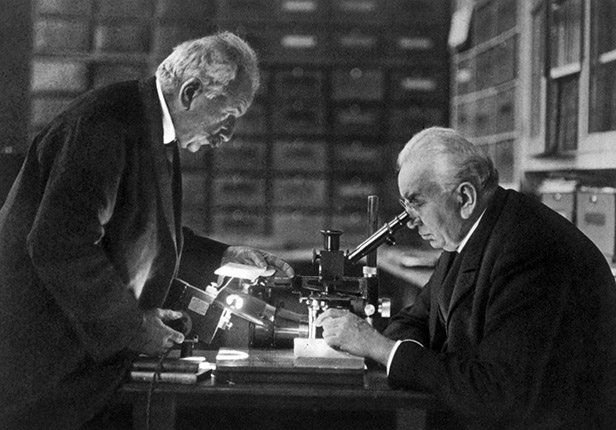