Almost 50 years of political and ideological tension came to an end when the US and Soviet leaders met on the Mediterranean island to call an end to the Cold War.

On December 3, 1989, the Cold War – which had held the Western bloc of the USA and its NATO allies in confrontation with the Soviet Union and the Warsaw Pact countries since 1945 – was declared to be over.

As recalled in the video above, President Bush of the USA and Soviet General Secretary Mikhail Gorbachev had convened the day before on the Russian cruise ship Maxim Gorky, in Marsaxlokk Bay harbour on the coast of Malta –only their second face-to-face meeting.

At a joint news conference on December 3, after eight hours of talks, the two superpower leaders confirmed the new détente, promising “a lasting peace” and “enduring co-operation”. 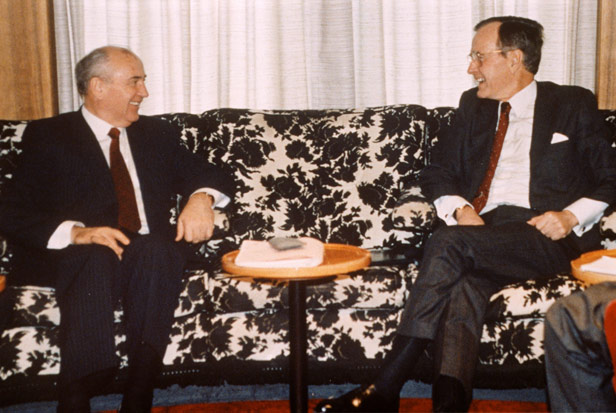 President Bush was also quick to praise – and offer support to – his counterpart’s policies of glasnost and perestroika which were helping to lift the ‘Iron Curtain’ around Eastern Europe.

Their summit took place against a backdrop of tumultuous change in that region. Within the previous few weeks communist governments had been dissolved in Czechoslovakia and East Germany, and the Berlin Wall had fallen.

Bush and Gorbachev would sign a treaty regarding Conventional Forces in Europe in November 1990, and the first of the Strategic Arms Reduction Treaties (Start) in December 1991.

[Also on this day: Edwina Currie sparks outrage with ‘salmonella in most eggs’ claim]

The Malta summit – Did you know? 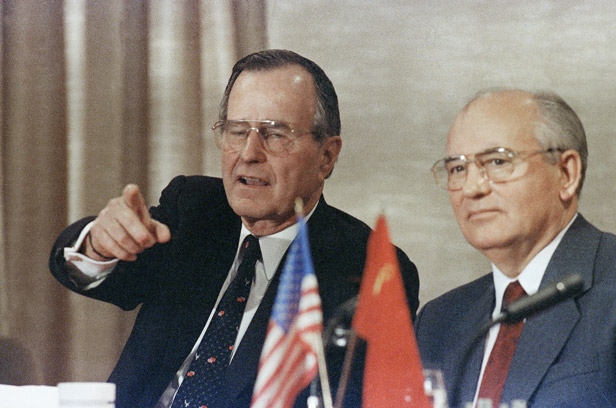