December 7, 1941: Japan launches deadly attack on US Navy base at Pearl Harbor

75 years ago, a surprise attack on a US naval base at Pearl Harbor by the Japanese Navy killed more than 2,000 Americans and hauled the US into World War II.

On December 7, 1941, fighters and bombers from the Japanese Navy launched a surprise attack on the American naval base at Pearl Harbor, Hawaii, killing 2,403 US citizens and injuring over a thousand more.

The attack shocked America, silencing non-interventionist voices and ensuring its entry into the Second World War – thus changing the face of the conflict.

As the Japanese propaganda footage in the video above shows, 353 Japanese planes launched from two aircraft carriers hit the base in two waves. All eight US battleships at the base were damaged, with four being sunk. Remarkably, six of the eight would be salvaged and go on to take part in the war. 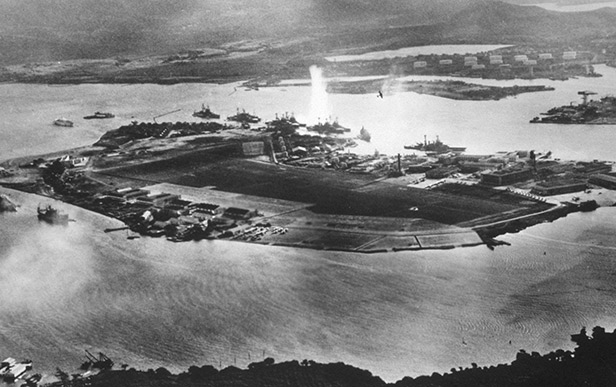 Numbers vary with different accounts, but over 100 more vessels were damaged or sunk, and at least 160 aircraft were destroyed. Fortunately, three US aircraft carriers were at sea when the base was struck, saving then from disaster.

The attack happened because Japan was planning military action against resource-rich British and American-held territories in south east Asia; their strategists reasoned that the only way to stop the US Pacific fleet becoming involved was a pre-emptive strike.

The following day, in a solemn speech made in Washington DC, President Franklin D. Roosevelt called December 7 “a date which will live in infamy”.  Within an hour, Congress had declared war on Japan.

Pearl Harbor – Did you know? 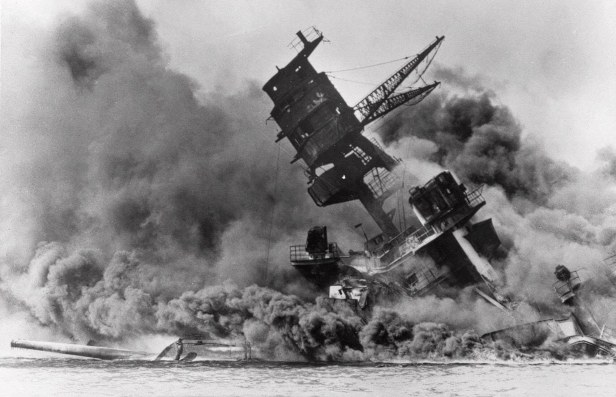