On this day in 1945, the 'Big Three' revealed their plans for post-war Europe - and the details were not without their devils.

A communique from Winston Churchill, Franklin D Roosevelt and Joseph Stalin – dubbed the 'Big Three’ – was issued on this day in 1945, detailing their vision for the future of Europe following the end of the Second World War.

The Allied leaders had met in Yalta to plan the final defeat of Nazi Germany and the restructuring of Europe, and the decisions agreed in that small Crimean resort would have ramifications that linger to present day.

As the video above explains, Stalin was in a particularly strong position: the talks began on February 4 with the Red Army closing in on Berlin having cut a swathe through Eastern Europe. 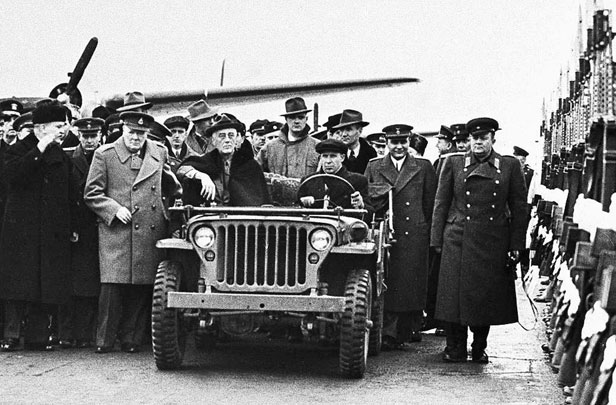 Roosevelt was willing to make concessions to Stalin as he believed - wrongly, as it turned out - that Soviet assistance would be required to win the war in the Pacific against Japan. He also wanted to ensure Russian involvement in the nascent United Nations.

Stalin agreed to both, but only on the condition that members of the UN Security Council would be able to veto any decisions. He also insisted on reorganising Poland’s borders and government in a way that was beneficial to his own country.

He had already installed the Communist-dominated 'Committee of National Liberation' as the provisional government of Poland, but agreed to broaden this to include members of the country’s government-in-exile, which had been operating throughout the war in London.

Both western leaders were disinclined to trust Stalin, but were forced to take him at his word when he agreed democracies would be allowed to be established in all liberated European countries - and free elections held.

In truth, the shaky alliance that had held together against the threat of Nazism would soon fall apart as fundamental disagreements split the powers, leading them down a path that led to the Cold War.

[Also On This Day: February 12, 1994 - Edvard Munch's The Scream stolen in early-morning raid]

Yalta Conference - Did you know?
Print this story
Back to top