February 2, 1901: An Empire mourns as Queen Victoria’s funeral is held in Windsor

Britain's then longest-reigning monarch was laid to rest next to her husband Albert after presiding over a period of unprecedented social and political change lasting 63 years.

An Empire mourned as Queen Victoria’s state funeral took place at Windsor Castle on this day in 1901, some 11 days after her death.

The longest-reigning monarch in British history to that point, and the longest-reigning female monarch, Queen Victoria had presided over a period of great change in the country and created the template for the modern royal family, with an emphasis on family values and morality.

The Victorian era, a golden age for Britain and its Empire, had lasted some 63 years and seven months from her accession to the throne aged 18 in 1837, until her passing at Osborne House on the Isle of Wight on January 22.

Coverage of the funeral, including film of the new King Edward and her large family as well as the public in mourning, can be seen in the video above.

Her coffin was brought to Portsmouth on the royal yacht Alberta, and thence to London by train. As the Queen had requested a military funeral, it was then taken to Windsor on a gun carriage pulled by eight white horses. 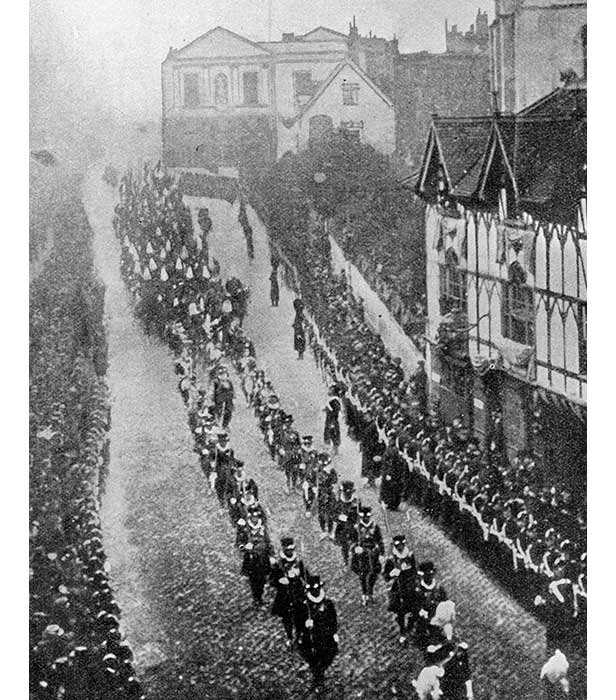 While waiting for the funeral procession to begin at Windsor, the horses became skittish and the harness connecting them to the carriage was broken.  Rather than hold up the procession, sailors from the Royal Navy attached ropes to the carriage and bore it along the route.

Thousands of people silently watched the procession as it made its way to St George’s Chapel at the castle, where the funeral took place in the presence of the new King, Edward VII, the Queen’s family, and most of the crowned heads of Europe.

After lying in state for two days, the Queen was interred next to her husband Albert at the Frogmore Mausoleum at Windsor Great Park.

Queen Victoria – Did you know? 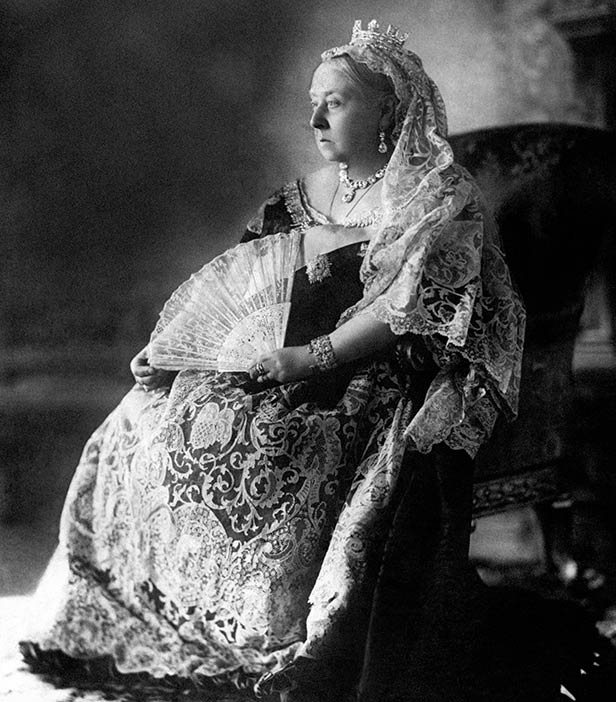