All 155 passengers and crew lived to tell the tale when a US Airways jet which had lost both its engines to bird strikes ditched into New York's freezing Hudson River.

An aeroplane with 155 people aboard ditched into the Hudson River in New York City on this day in 2009 – with no loss of life.

The 150 passengers, three flight attendants and two pilots aboard the domestic flight were rescued from the freezing river after the dramatic emergency landing. Many were treated for minor injuries.

The landing occurred just after the US Airways Flight 1549 had taken off from LaGuardia Airport, headed for Charlotte, North Carolina.

The Airbus A320 had left the runway and started to climb, but less than three minutes later pilot Chesley B. 'Sully' Sullenberger reported a ‘double bird strike’ when a flock of geese struck both engines. 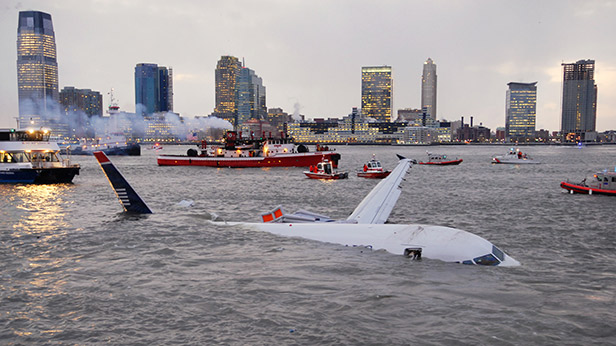 Passengers and crew members later reported having heard loud bangs, seeing flames come from the engines and the smell of fuel in the cabin as the engines burned out, resulting in a rapid loss of power.

The flight crew at first asked for permission to return to La Guardia, before reporting that they were unable to make it back to the airport. Turning south, they glided over the Hudson before landing on it at approximately 150mph.

As the plane slowly submerged, passengers were evacuated over the wings and through the front right passenger door. Rescue boats were at the scene within four minutes to take them to safety; remarkably, only five people on board the plane suffered significant injuries.

The Miracle on the Hudson - Did you know? 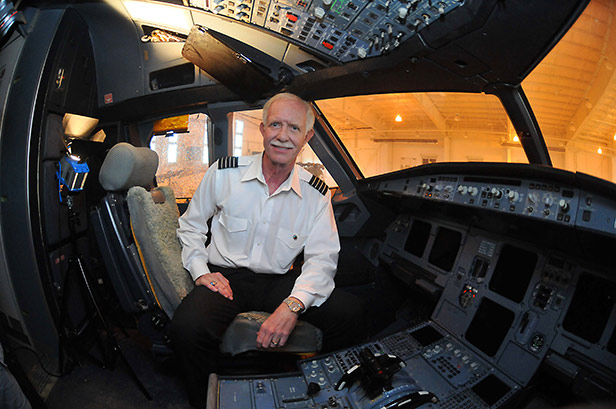