Former Beatle Paul McCartney was arrested and jailed after customs officials found eight ounces of marijuana among his belongings on arrival at Tokyo airport.

Former Beatle Paul McCartney was arrested and jailed in Japan for possession of marijuana on this day in 1980.

The musician had landed at Tokyo’s Narita airport with the rest of his band, Wings, his wife Linda and their four children prior to a short tour of the country when the drugs were found in his suitcase.

Customs officials discovered nearly eight ounces of the drug in McCartney’s belongings, at a time when possession of that amount could be punished with a sentence of seven years’ hard labour.

He was arrested, handcuffed and questioned for an hour by narcotics officers, who then transferred him to the local jail, while his family and band members were placed in a hotel. Japanese authorities held him there while they decided what to do with him. 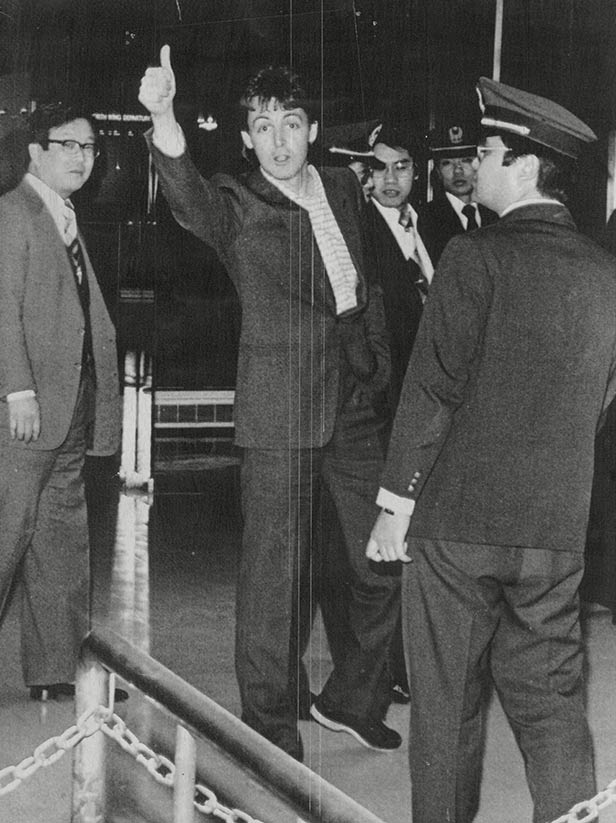 McCartney had been a long-term user of marijuana and vocal advocate of the legalisation of the drug, donating to campaigns that fought for its decriminalisation.

After nine days, he was finally released without charge and deported to England. The 11 concerts that Wings were expected to play were cancelled, leading to a compensation bill of £1 million for the musician.

[October 22, 1969: Beatle Paul McCartney denies rumours of his own death]

[August 11, 1966: John Lennon defends his claim that the Beatles are 'more popular than Jesus']

[Also On This Day: January 16, 1950 - Are you sitting comfortably? Listen With Mother begins]

McCartney drugs arrest - Did you know?
Print this story
Back to top