The US space programme suffered its greatest loss of life when Challenger - with the first 'civilian' astronaut on board - disintegrated 73 seconds into its flight.

Millions watched in shock as the US Space Shuttle Challenger exploded above Cape Canaveral in Florida on this day in 1986, killing all seven astronauts on board.

As reported in the video above, the shuttle was just 73 seconds into her flight when it disintegrated over the Atlantic Ocean in a plume of smoke and fire, stunning spectators at the Nasa base and the huge audience watching the launch live on television.

The crew of five men and two women included the first ordinary civilian to take part in a space mission – 37-year-old Christa McAuliffe, who was selected from 11,000 applicants to be the first school teacher in space. 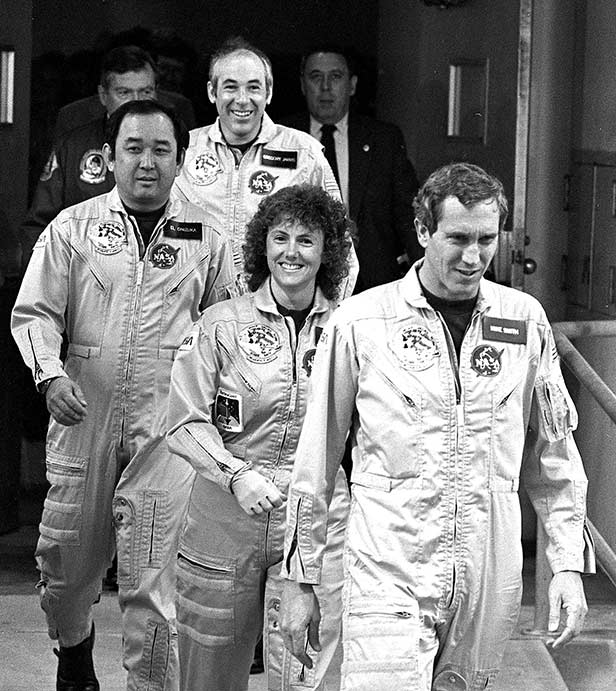 Challenger’s flight, the 25th by a Space Shuttle, had been delayed by bad weather and technical difficulties, but Nasa denied it were under any pressure to launch the craft with safety conditions not fully met.

President Ronald Reagan immediately postponed his annual State of the Union address scheduled for that evening and called for an inquiry into the disaster. He confirmed that the space programme would continue, in honour of the astronauts that had died.

The resulting Rogers Commission found the explosion had been caused by a leak through a faulty O-ring seal in one of the huge solid rocket boosters that provide the majority of a shuttle’s take-off propulsion.

The disaster was a huge blow to the American space programme; the next shuttle mission would not take place until September 1988.

The Challenger Disaster - Did you know? 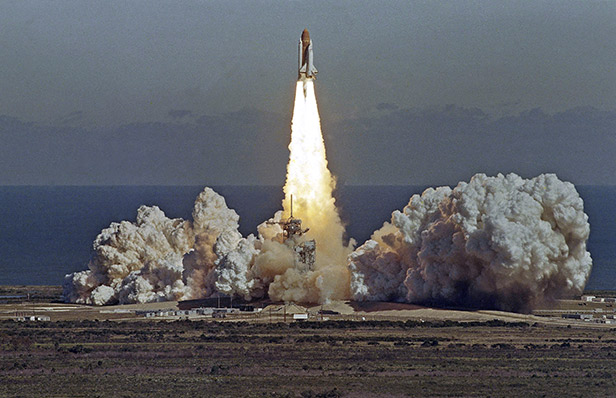