RMS Queen Elizabeth, the world's largest passenger ship and once the pride of the Cunard Line, caught fire and sank while undergoing refurbishment.

The British ocean liner Queen Elizabeth – the largest passenger ship in the world – caught fire and sank in Victoria Harbour, Hong Kong on this day in 1972.

Hundreds of workers and their families were forced to evacuate the ship as fires broke out throughout it. Fireboats attempted in vain to extinguish the flames for 24 hours, after which time a combination of their water and fire damage caused the crippled liner to keel over and sink.

Suspicion quickly arose that the blaze was caused by arson as three separate fires had broken out simultaneously in different parts of the ship. An initial inquiry concluded that the fire was a “deliberate act by persons or persons unknown".

The Queen Elizabeth had been launched, along with her sister vessel the Queen Mary, in 1938 by the Cunard Line, but the outbreak of World War II ensured that she did not make her maiden voyage as a passenger liner until 1946 (pictured below). 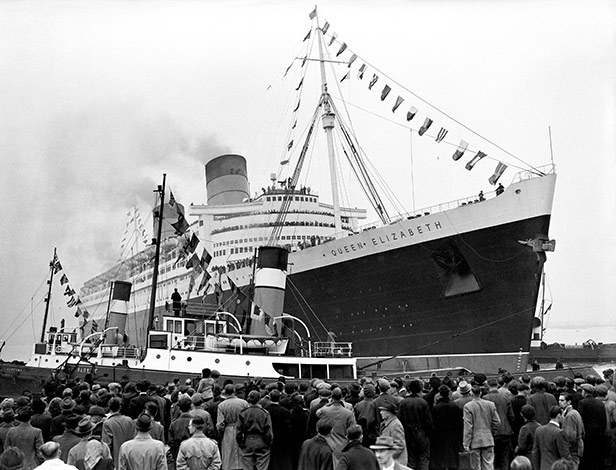 The two liners dominated the golden age of cruising, but with the advent of the passenger jet in the late 1950s, trade declined and the Queen Elizabeth was retired in 1968.

It was eventually sold to Chinese shipping tycoon C.Y. Tung, who was converting it into a floating campus called Seawise University – a play on his initials – when the arsonist struck.

Tung had purchased the liner for $3.5 million and insured it for $8 million, and came under suspicion of being involved in the arson for the purposes of insurance fraud, though he was never charged.

[April 16, 1953: The Queen launches the Royal Yacht Britannia, her floating palace for 44 years]

RMS Queen Elizabeth – Did you know? 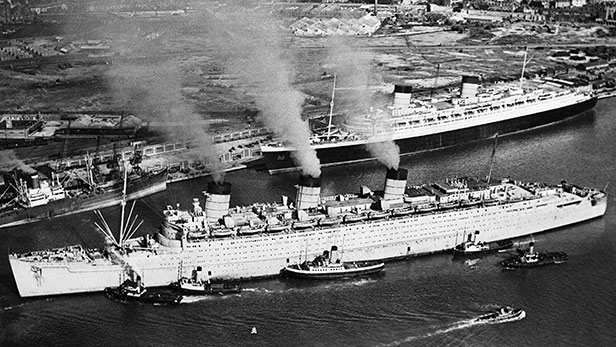