Millions watched as the Prince of Wales and his beautiful bride walked up the aisle for the most memorable royal wedding in modern history.

On this day in 1981, Britons had a national holiday and 600,000 people took to the streets of London to celebrate the wedding of Prince Charles and Lady Diana Spencer at St Paul’s Cathedral.

Charles and ‘Shy Di’ – as she was dubbed by the press - had been a couple for about six months before he proposed to her. They showed off her sapphire engagement ring to the world’s media on February 24, and a little over five months later, were walking up the aisle.

On the big day, Diana travelled from Clarence House with her father, Earl Spencer – and drew gasps of admiration as she stepped out of the coach and the world got its first glimpse of her wedding dress.

The dress had been designed by Elizabeth and David Emmanuel, and was made of ivory silk, pure taffeta and antique lace. It was decorated with 10,000 pearls and sequins – and had a 25ft-long train. The accompanying bouquet Diana carried was made by Longmans Florists, who also designed the Queen’s bridal bouquet in 1947, and was a cascading shower of ivy and several flower types including gardenias, roses and lily of the valley. 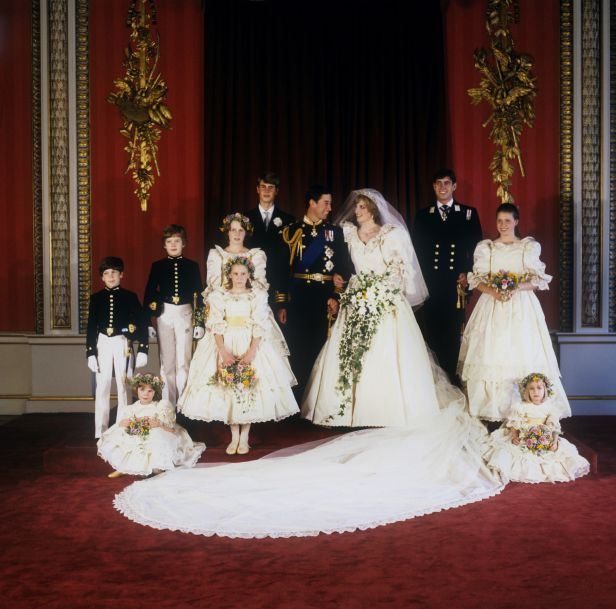 The wedding was watched by an estimated 750 million people worldwide – making it, at the time, the most-watched TV broadcast ever. The London Telecom Tower - now the BT Tower - was very much at the centre of operations, relaying pictures to regions as far afield as Australia, Hong Kong and South America.

BT co-ordinated international television circuits for almost 100 foreign television companies from more than 50 different countries around the world - the largest to be involved in television coverage in Britain.

As Diana arrived on the red carpet, the Trumpet Voluntary sounded and she and her father walked up the aisle to the hymn Christ is Made the Sure Foundation – sung by the 3,500-strong congregation of guests.

During the service  – which began at 11.20am and was conducted by the Archbishop of Canterbury, Dr Robert Runcie – Diana mixed up the order of her husband’s names, calling him “Philip Charles Arthur George”, rather than “Charles Philip…”.

Charles, meanwhile – who was dressed in full naval commander uniform – also made a slip: promising to endow his bride with “thy goods” rather than “my wordly goods”. And in what was quite a controversial move at the time, Diana didn’t promise to “obey” him. 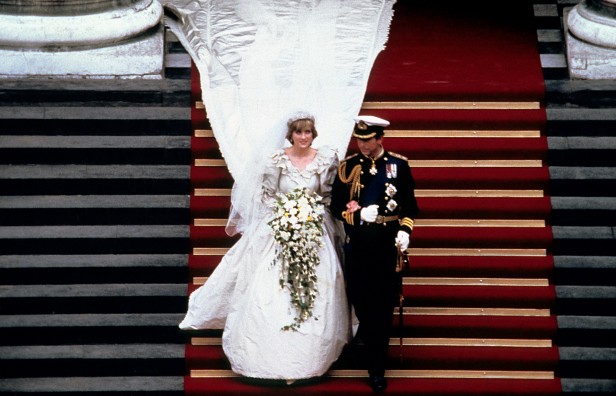 The couple walked back down the aisle to Elgar’s Pomp and Circumstance before leaving St Paul’s in the open-top state landau. At 1.10pm, they appeared on the balcony of Buckingham Palace with other immediate members of the royal family, and treated the public to a brief kiss. They then joined their 120 guests for a wedding breakfast at the palace.

Charles and Diana were later driven to Waterloo station in a car which had a ‘Just Married’ sign attached to it (courtesy of Princes Andrew and Edward) – and then took a train to Romsey, Hampshire, to begin their honeymoon.

Meanwhile, across Britain, thousands of street parties took place – with communities up and down the land getting celebrating the ‘fairytale wedding’ (and the sunshine!) by laying on food and drink, music – and plenty of union jack bunting.

The Royal Wedding – Did you know? 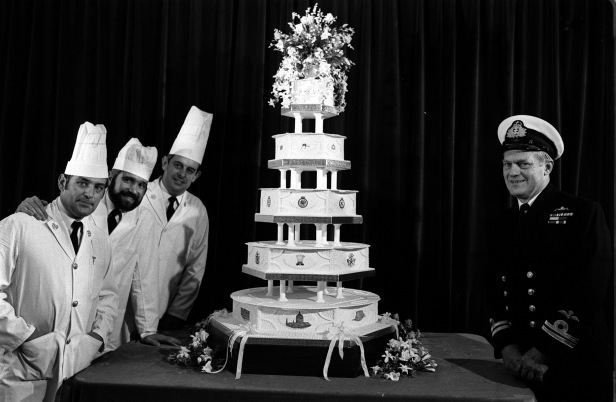