An act of infamy and a moment of genius from Diego Maradona saw England exit the World Cup in Mexico on a night that would define the career of the controversial Argentinian.

Diego Maradona, captain and poster boy of Argentina, broke English football fans’ hearts on this day in 1986 with one of the most controversial moments ever in world soccer – quickly followed by one of its most exciting.

The two teams met in the quarter-finals of the World Cup on a blazing hot afternoon in Mexico City. After a slow start to the tournament England had clicked into gear, with striker Gary Lineker scoring five goals to that point, while Argentina were considered dangerous and skilful opposition.

Added to the normal tensions of such a match was the fact that grudges were still held between the nations – particularly in the Argentine camp – over the 1982 Falklands War; the first half of the game was a cagey, bad-tempered affair.

Six minutes into the second half, a miscued clearance looped the ball back toward England’s goal and ‘keeper Peter Shilton ran out to attempt to punch clear. Maradona, some six inches shorter than Shilton, leapt for it at the same time and somehow managed to force the ball into the empty net.

It soon became clear that the little midfielder had used his fist to get to the ball before Shilton could; England players complained vociferously about the handball, but the match officials had clearly missed the infringement.

Just five minutes later Maradona received a pass in his own half, shook off two England players and danced down the right wing. Evading two more challenges he broke into the box and slipped the ball under Shilton to score one of the finest goals in World Cup history. 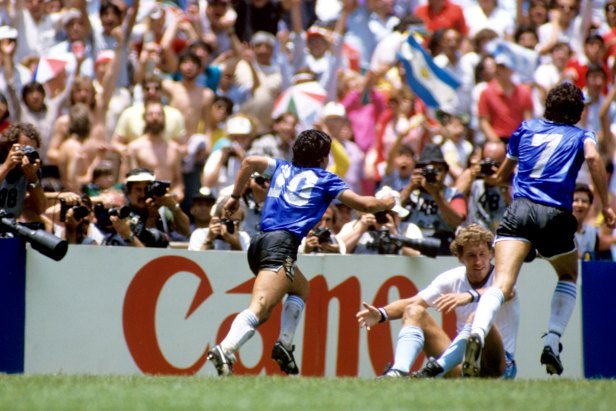 “You have to say that’s magnificent… there’s no debate about that goal,” conceded BBC commentator Barry Davies. And despite a late England rally which saw Lineker score from a John Barnes cross, then agonisingly miss a similar chance minutes later, Argentina won the match 2-1.

Interviewed afterwards, the Argentine star famously conceded that his controversial first goal was scored "a little with the head of Maradona and a little with the hand of God". He would go on to lift the World Cup after his side beat West Germany 3-2 in the final eight days later.

Argentina vs England – Did you know? 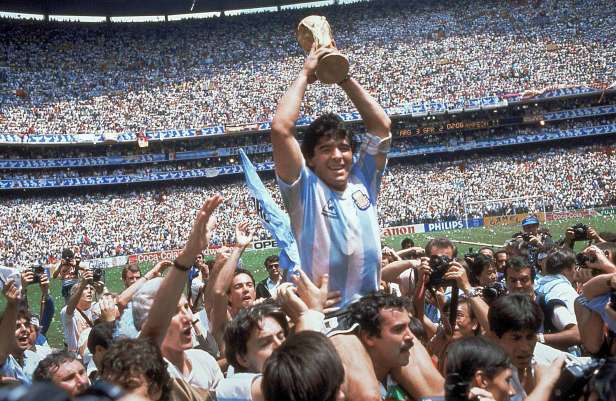