The Jules Rimet Trophy was stolen from a Westminster stamp exhibition. Its subsequent discovery by Pickles the dog would be the stuff of legend…

The Jules Rimet Trophy, the prize for the winners of football’s World Cup, was stolen from an exhibition in London on this day in 1966.

The trophy had arrived in England in January 1966 prior to the World Cup finals taking place across the country in July.  It was kept at the Football Association headquarters in Lancaster Gate, but was occasionally allowed to be used in publicity events.

The Stanley Gibbons stamp company had been given permission to display the trophy as part of its ‘Stampex’ exhibition at the Central Hall in Westminster, which opened the previous day, on the condition that it was kept under guard at all times. 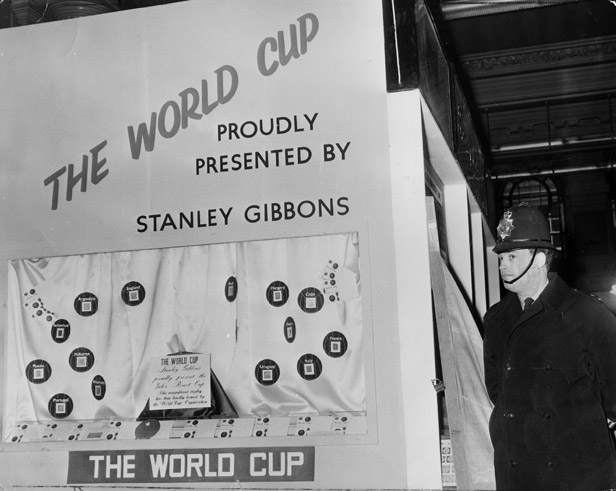 Two uniformed officers were on duty at the Hall at all times, supplemented by additional guards when the exhibition itself was open, but the display cabinet was not permanently guarded on Sunday March 20, when a Methodist church service was taking place in the building.

At 12.10pm, when the guards on duty were undertaking their regular patrol of the premises, they realised that the back of the display cabinet had been forced open and the trophy stolen, the thieves having entered and left the building by a fire escape.

News of the theft travelled around the world at lightning speed. A spokesman for the Brazilian FA called the loss of the trophy “sacrilege”, and proclaimed it would never happen in his country as Brazilians loved football too much. 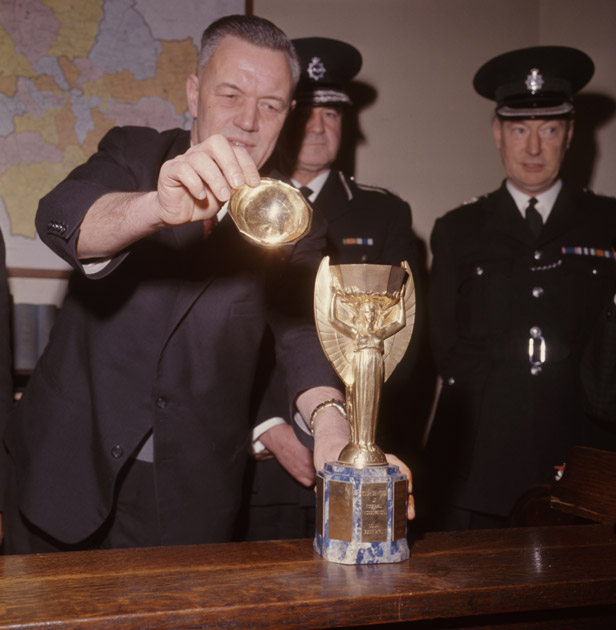 A £15,000 ‘ransom’ demand given to FA Chairman Joe Mears, who was also sent the trophy’s lid (later reunited with the trophy, above), led to the arrest of a con man by the Flying Squad but not to the trophy’s return.

[March 20, 1974: Shots fired on the Mall as gunman attempts to kidnap Princess Anne]

On March 27, a dog called Pickles, owned by David Corbett, began to sniff at a parcel that was lying under the hedge of Corbett's house in south east London. When he unwrapped the newspaper, Corbett immediately recognised the Jules Rimet Trophy. 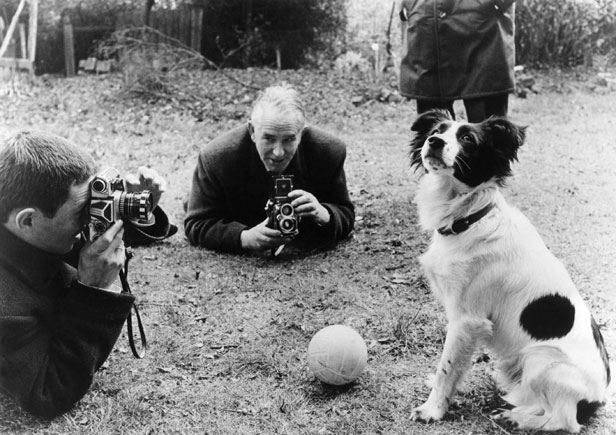 The Jules Rimet Trophy – Did you know?
Print this story
Back to top