The Beatles caused a minor revolution with their debut album, which was recorded in a single day but which topped the charts for 30 weeks.

There may never be any agreement on when the ‘Swinging 60s’ really began – the introduction of the contraceptive pill in 1961? The opening of Beyond the Fringe in London? – but March 22, 1963 has a fair claim to being a particularly important date in the many cultural milestones of the decade.

On that day, The Beatles released Please Please Me, their first LP, and it is entirely reasonable to suggest that it caused a minor revolution, not only in popular music but in the mindset and behaviour of the nation’s youth. 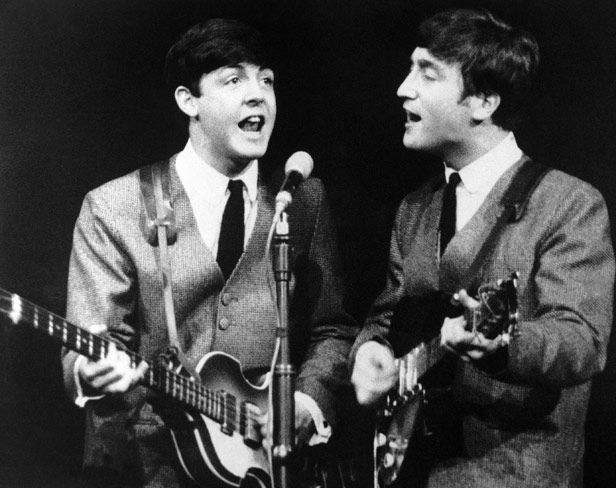 The band had been signed by George Martin at EMI subsidiary Parlophone the previous year after their manager Brian Epstein had used all his business connections to pitch to – and be rejected by – practically every other record label.

Their initial single Love Me Do had been a modest success, but it was their second offering – the album’s title track – that had catapulted them into the consciousness of the record-buying public.

The album was recorded in one 13-hour day at Abbey Road Studios in February, with the Beatles playing the best of their stage repertoire virtually live, with only a few minor “overdubs” of additional instruments and extra vocals.

The session ended with John Lennon blasting out the final track, The Isley Brothers’ Twist and Shout, which had deliberately been left until the end of recording, as Martin knew that Lennon would give everything with his vocal performance, leaving him unable to sing any more that day.

Remarkably for the time, eight of the 14 tracks recorded were written by members of the band - Lennon and Paul McCartney – an incredible statement of intent and belief in their own abilities. Music fans were mesmerised; the album remained at No.1 in the charts for 30 weeks, only being knocked off its perch by the band’s follow-up, With the Beatles.

The Beatles' first album - Did you know?
Print this story
Back to top