May 13, 1981: Catholic Church calls for prayers as Pope John Paul II is gunned down in Rome

The leader of the Catholic Church, Pope John Paul II, was shot by a Turkish guman as he blessed a crowd of 20,000 worshipers in St Peter's Square.

On this day in 1981, Pope John Paul II was shot and seriously wounded as he blessed the crowds in St Peter's Square in Rome.

Some 20,000 worshipers had gathered to catch a glimpse of the leader of the worldwide Catholic Church, and awed reverence descended as His Holiness rolled into view, riding high in his open-topped 'Popemobile'.

The Pope was hit four times from a range of just 15 feet – the weapon and the gunman’s hand can clearly be seen to the left of the picture at the top of this page.

Two bullets struck him in the stomach, one in his right arm and the fourth hit his little finger. He lost three-quarters of his blood. 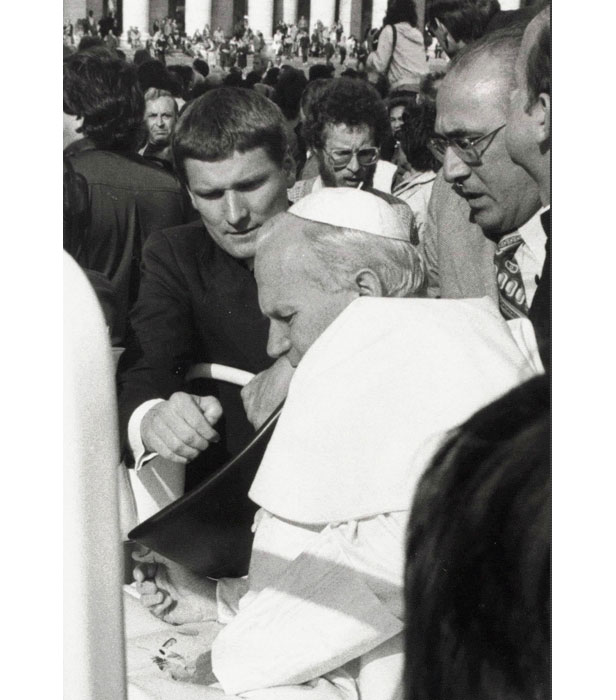 The gunman attempted to flee under the cover of the chaos he had created, but he was apprehended by the Pope's personal bodyguard, Camillo Cibin, after being collared by a nun and several other members of the crowd.

As the Vatican appealed to the world to pray for his survival, the Pontiff was rushed to hospital where he underwent five hours and 25 minutes of surgery in which parts of his intestine were removed.

Police named the assailant as Turkish-born Mehmet Ali Agca, a 23-year-old known to the authorities as a member of the Turkish ultra-nationalist Grey Wolves organisation. He was sentenced in July 1981 to life imprisonment for the shooting.

The Pope emerged from hospital two weeks after the incident and went on to make a complete recovery. He went on to publicly forgive his would-be assassin and even visited him in his cell (below). 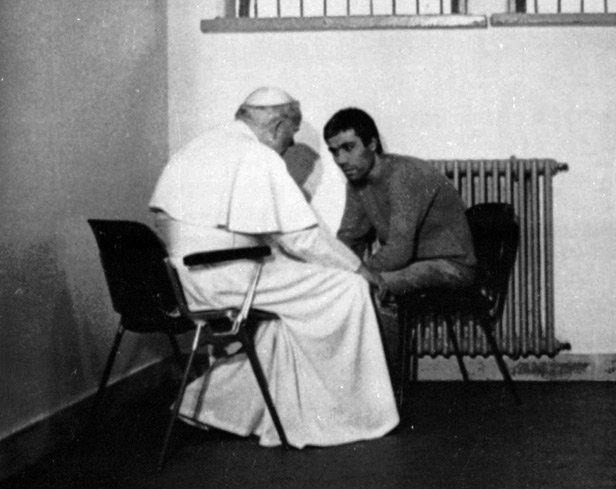 ''What we said to each other is a secret between him and me,'' said the Pope after the private 20-minute meeting in 1983. ''I spoke to him as I would speak to a brother whom I have forgiven and who enjoys my confidence.''

Agca's motives for shooting the Pope are still unclear. At the time he said he had accomplices in close support, he then declared he had acted alone. He later suggested the attack was masterminded by the Soviet Union, angered by John Paul's support of the Solidarity movement in his native Poland.

His story changed again as recently as November 2010 when he publicly accused Cardinal Agostino Casaroli - the Vatican's Secretary of State under John Paul II - as the mastermind behind the assassination attempt.

However, no evidence of any of his claims has ever been uncovered.

Shooting of John Paul II - Did you know? 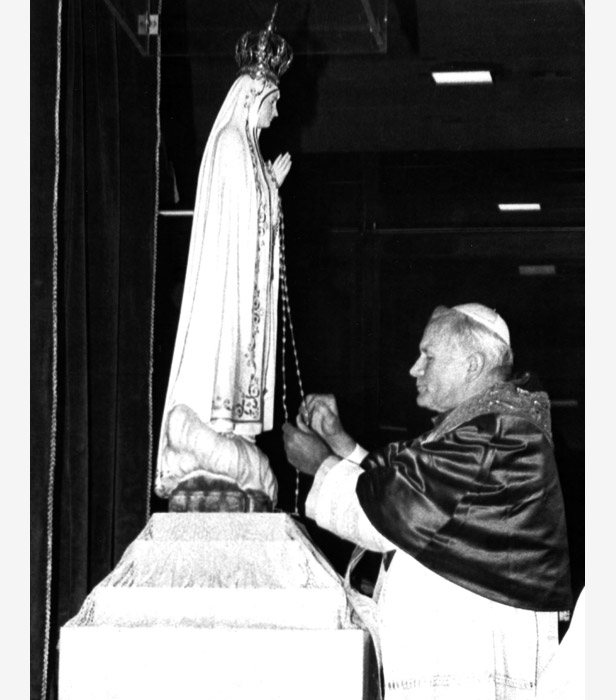