May 21, 1979: Elton John's tour of the USSR puts the first cracks in the Iron Curtain

British singer Elton John became the first megastar to tour the USSR, performing eight concerts in Leningrad and Moscow as a guest of the Communist regime.

Elton John provided the Communist Bloc with an unlikely window on the West when he became the first megastar to perform in the Soviet Union on this day in 1979.

With the Cold War at it frostiest, and with Washington and Moscow still months away from agreeing to curtail their alarming build-up of nuclear weapons, no one expected to see the Rocket Man strutting his stuff in high-heeled boots in front of audience in Leningrad.

But yet there he was - and they loved him.

He wasn't the first Western musician to perform in the Soviet Union - he actually followed in the footsteps of bold wayfarers such as Boney M and, yes, Cliff Richard. 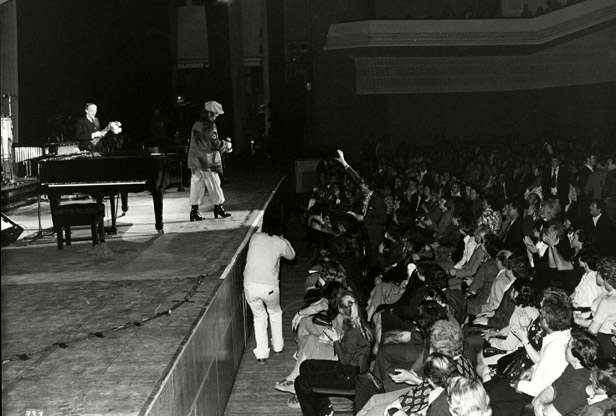 But this was to be communism's first glimpse of a bona fide cultural iconoclast - a long-haired, super rich, flamboyant, openly bisexual artist with an immeasurable influence on Western progress. Karl Marx would have been spinning in his grave, and not in a funky way.

So how did Elton manage to sneak behind the Iron Curtain?

He later suggested he had simply been the first to ask. It's more likely that his request was the first to have been granted - and this, it has been suggested, was simply down to timing.

With the 1980 Olympic Games - controversially awarded to Moscow - just over a year away, the Kremlin might have felt the need to demonstrate at least a sliver of openness.

Others believe that the request was rubber-stamped with malicious intent: here was a chance to allow good Soviets to witness Western decadence at close quarters - and recoil.

Those fears soon took root in a couple of plant pots, with the state-controlled press choosing to pour outrage over two palm trees flown in from the UK as stage props.

The Soviet Union's special guest duly tuned down his usual flamboyance for the open night, choosing to forgo his trademark sparkle and outsized sunglasses.

It was a well-judged move given that the prime seats at the Great October Hall in Leningrad were occupied by stony-faced cadres of the Communist Party.

Indeed, the atmosphere was neatly summed up by the first line of the opening song - "It's a little bit funny" - and John received polite rather than effusive applause for his opening gambit. 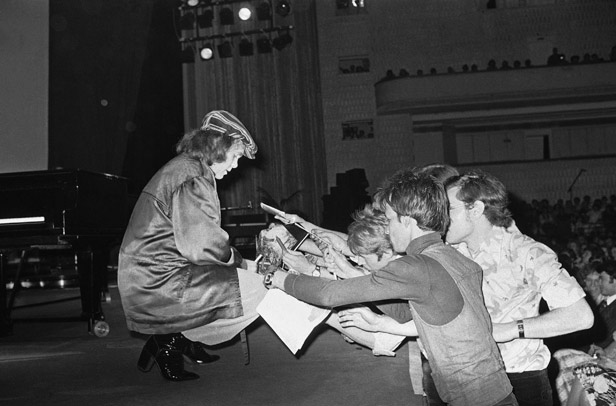 As the concert progressed, a number of officials began to file out; others are reported to have inserted ostentatious fingers into their ears.

But something was stirring in the cheap seats.

Egged on by Elton and his percussionist, Ray Cooper, the few civilians who had manage to secure tickets began dancing in the aisles. They then began to move slowly towards the front of the stage, finally blocking out the few stuffed suits that remained.

By the time John rounded off his encore - a cover of the Beatles' 'Back in the USSR' - it felt like the whole of the Soviet Union was rocking.

Perhaps it was being shaken to its core.

Elton John in the USSR - Did you know? 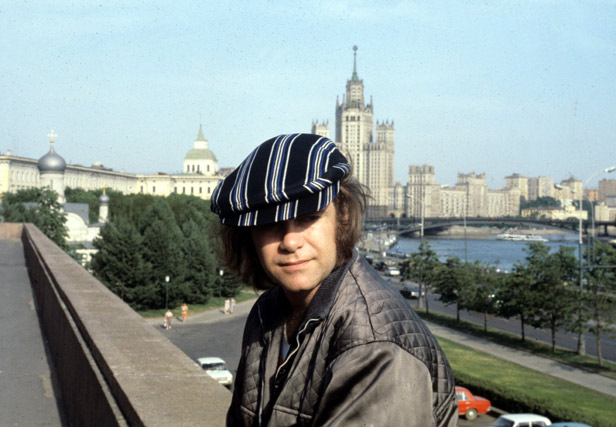