May 29, 1953: Everest conquered at last as Hillary and Tenzing stand on the roof of the world

After 30 years of failed attempts, the world’s highest peak was finally conquered by a New Zealander and a Sherpa from Nepal as part of a British-led expedition.

A major landmark in human discovery was reached on this day in 1953, when New Zealander Edmund Hillary and the Nepalese Sherpa Tenzing Norgay reached the summit of Mount Everest.

Ascending the world’s highest mountain - standing at 29,028 feet (8,847 m) above sea level – had been attempted on numerous occasions since 1922 but the two men, part of a British-led expedition under Colonel John Hunt, were the first to achieve the feat of reaching its peak at 11.30am local time.

Hillary and Tensing took photographs on the summit, while the Sherpa buried a few sweets and a small cross in the snow as a Buddhist offering, but the men were forced to descend after just 15 minutes as they were running low on oxygen.

Colonel Hunt’s party, which included 13 British and New Zealand mountaineers, 20 Sherpas and 362 Nepalese porters, left Kathmandu in early March and spent three weeks acclimatising to the altitude, before climbing to their base camp at 17,900 feet on 12 April.

The expedition slowly made its way up the mountain, with the first pair of two selected to make the final ascent - Tom Bourdillon and Charles Evans - beginning their attempt on May 26; they would within 300ft of the summit before having to turn back due to lack of oxygen.

On the following day the second pair, Hillary and Tenzing, made the final and ultimately successful attempt to reach the peak. A coded message revealing their triumph was sent by runner from base camp to the nearest village, where it was transmitted to the British embassy in Kathmandu.

On their return to Britain (pictured above), the expedition members were heralded as heroes, with Hillary and Hunt receiving knighthoods while Tenzing was awarded the George Medal. Hillary would later travel to both poles, and devoted his later life to helping the Sherpa people.

Mount Everest – Did you know? 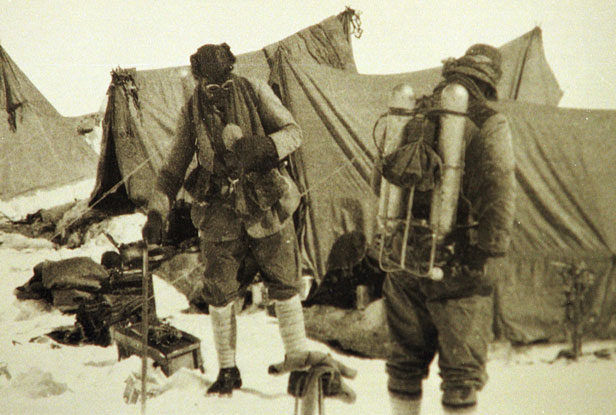