May 5, 1980: SAS storm Iranian Embassy to end six-day siege in front of millions of TV viewers

A tense siege at London's Iranian Embassy came to a rapid end as members of the SAS raided the building, killing five gunmen and freeing all but one of the hostages.

A six-day siege of the Iranian embassy in London came to a dramatic end on this day in 1980 after soldiers of the SAS stormed the building while television cameras relayed events live to the nation.

As the video above recalls, the siege had begun on 30 April, when gunmen from a dissident Iranian group opposed to Ayatollah Khomeini had taken over the building, taking 26 hostages and demanding the release of 91 Iranian Arabs from jail in their homeland. Most of the hostages were Iranian staff from the embassy, but also held were PC Trevor Lock, who had been on duty outside at the time, two BBC employees - sound man Sim Harris and news journalist Chris Cramer – as well as tourists who had been applying for visas.

Though minor concessions had been made to them in return for the release of five hostages (including Cramer), by the sixth day the gunmen had grown frustrated at not achieving their demands and shot dead Iranian attaché Abbas Lavasani, dumping his body outside the building.

Home Secretary William Whitelaw duly authorised the SAS to recapture the embassy. Around 30 black-clad troops moved in; millions watched on television as part of the squad blew in the armour-plated windows on the first floor with grenades and launched their attack. 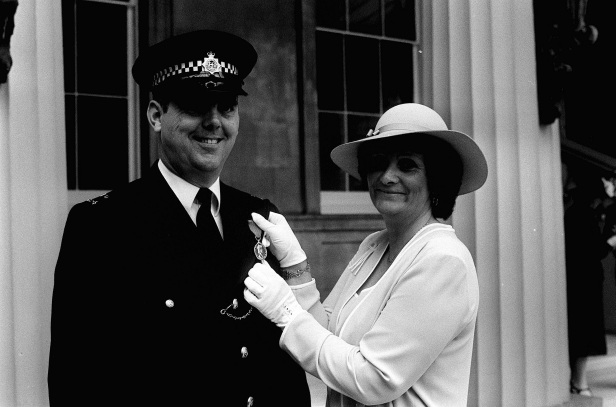 In a matter of minutes, the troops had killed five of the six Iranian gunmen, though not before they had killed another hostage. Oan Ali Mohammed, their de facto leader, was rugby-tackled by PC Lock as he was about to shoot an SAS man; Lock (above) would later receive the George Medal for his bravery.

The hostages were moved into the garden of the building for identification; there, the sixth and final gunman was found among them and taken into custody, while the remaining hostages were led away by police to ambulances. The recapture of the embassy had taken just 17 minutes.

The Iranian Embassy Siege – Did you know? 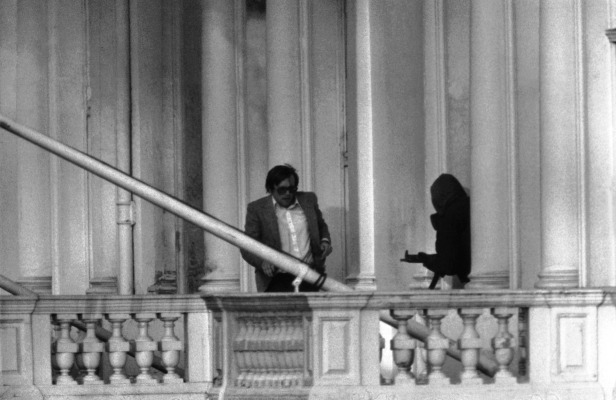