May 7, 1946: Electronics pioneer Sony founded in Tokyo out of the ruins of post-war Japan

Two entrepreneurs who had met during World War II created a company which went on to produce some of the most iconic gadgets of the 20th century.

The company that was to become synonymous with excellence in electronics under the name of Sony came into being on this day in 1946 in the post-war ruins of Japan.

Masaru Ibuka and Akio Morita had first met during World War II while developing a heat-seeking missile-guidance system. Morita tracked his friend down again after reading in a newspaper that he had invented a shortwave converter.

With the equivalent of around $1,500 in borrowed capital, on May 7 the men inaugurated a company they initially called Tokyo Tsushin Kogyo (Tokyo Telecommunications Engineering Corporation), or TTK, with Ibuka's father-in-law, former Education minister Tamon Maeda, as president.

Their first consumer product was an electric rice cooker which, as it tended to either overcook or undercook rice, failed commercially. It was followed by an electrically-heated cushion. In its first year TTK registered a profit of just $300 on sales of less than $7,000.

But as the Japanese economy grew stronger, demand for consumer goods increased. Morita (below, with the Walkman in 1982) and Ibuka abandoned the home-appliance market to concentrate on developing new electronic technologies. Their initial success came with their creation of Japan’s first tape recorder, in 1950. 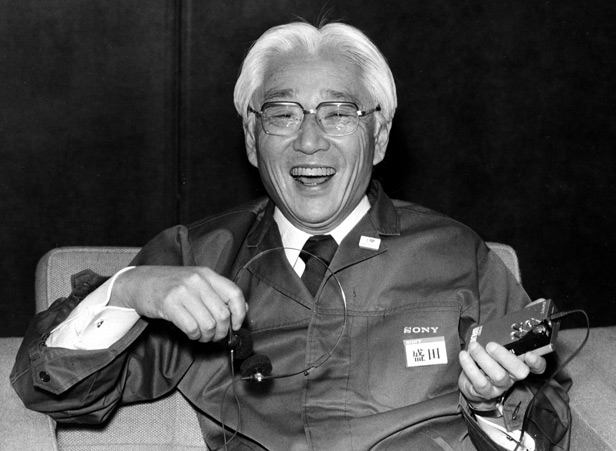 Wanting to break into the world market with their transistor radio in the mid-1950s, Ibuka and Morita decided to rebrand their company with a name that would be easier to pronounce and remember – Sony.

The first product branded under the new name, the TR-63 radio, sold across the globe in huge numbers, selling five million units by the end of the 1960s. By then, the company with humble origins had become one of the world’s best-known names in consumer electronics.

Sony – Did you know? 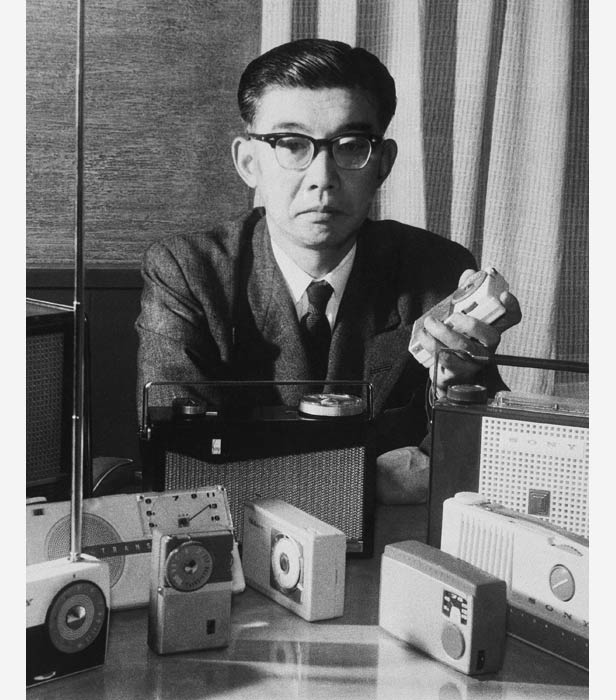