After six long years at war, Britons came out onto the streets to celebrate Victory in Europe Day, with Winston Churchill and the Royal Family leading the celebrations.

On this day in 1945, Britain marked ‘Victory in Europe Day’ with joyous celebrations on the country’s streets.

German forces had signed an unconditional surrender the previous morning, but the allied leaders agreed to wait until 3pm BST on May 8 before making an official announcement so that simultaneous declarations could be made from Washington, London and Moscow.

The Prime Minister, Winston Churchill, formally announcing the end of the war with Germany from the Cabinet Room at 10 Downing Street, said: “We may allow ourselves a brief period of rejoicing; but let us not forget for a moment the toil and efforts that lie ahead. 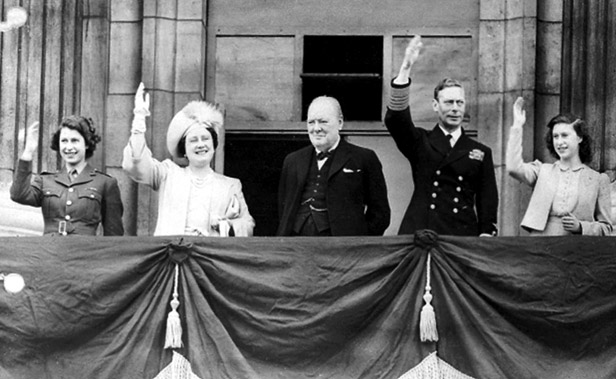 “We must now devote all our strength and resources to the completion of our task, both at home and abroad. Advance Britannia. Long live the cause of freedom! God save the King!”

He later accompanied the Royal Family onto the balcony of Buckingham Palace (above) as a crowd of over 20,000 gathered outside, cheering and singing.

The festivities had begun the night before, after the Ministry of Information had issued a short statement saying that May 8 would be a public holiday called VE Day. Communities began hanging out flags and bunting and pooling food, still rationed, for street parties. 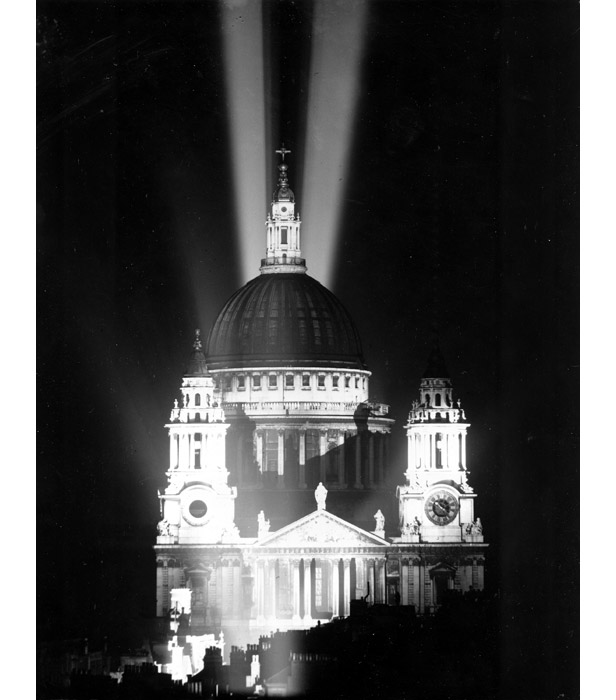 On the night of VE Day itself, huge numbers took to the streets to rejoice. “Around the fountains in Trafalgar Square young people, crushed shoulder to shoulder in the jam, began to dance. They had scarcely room to move their feet, but they managed it somehow,” reported the Manchester Guardian.

Bonfires and fireworks were lit, while Buckingham Palace, St Paul’s Cathedral (above) and other buildings were illuminated by floodlights for the first time since 1939 – important symbolism to a nation that had been in blackout for those six long years. 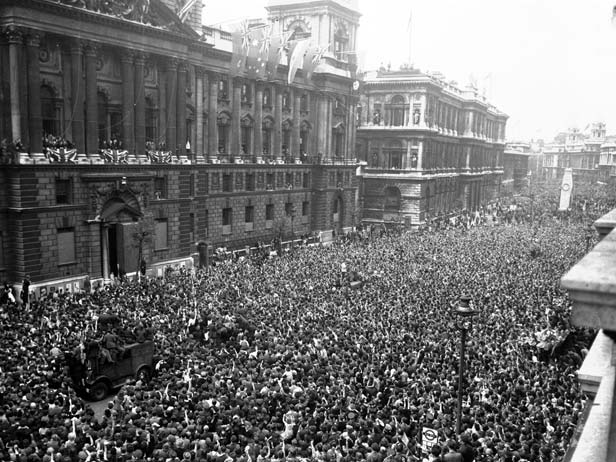