The family science fiction show that would become a global phenomenon was first broadcast to a Britain shocked by the death of US President Kennedy a day earlier.

On November 23, 1963, the first episode of a family science fiction show which would go on to become a global television phenomenon was broadcast.

Doctor Who, the story of an alien traveller in space and time who finds adventure with his granddaughter and companions, had had a fraught beginning, its pilot episode re-shot after performance and technical errors.

Its eventual launch on Saturday 23 November was somewhat overshadowed by the news from America of the assassination of President John F Kennedy the previous day.

Viewing figures for the opening episode, An Unearthly Child, featuring William Hartnell as the Doctor, Carole Ann Ford as his granddaughter Susan, and Jacqueline Hill and William Russell as her teachers Barbara and Ian, suffered accordingly.

Series producer Verity Lambert persuaded BBC bosses to re-screen the first episode before the second was shown on the following Saturday. This enabled Doctor Who’s audience to build and led to an average of six million watching the first four-part serial.

The programme’s following instalment, entitled The Daleks, would consolidate its success with the first appearance of the Doctor’s arch enemies, and launch the BBC’s first ever merchandising boom.

[September 8, 1966: US TV boldly goes where no man has gone before as Star Trek debuts]

Doctor Who – Did you know? 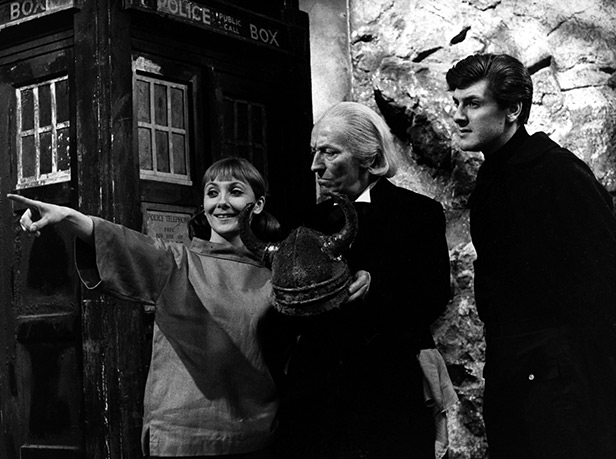