October 15, 1987: Britain is hit by Great Storm after weathermen tell us 'not to worry'

The worst storm in nearly 300 years hit UK shores on this night in 1987 after weatherman Michael Fish had apparently denied there was a hurricane on its way.

Most Britons went to sleep on the night of Thursday October 15, 1987, without the slightest idea of the damage they would wake up to. Although strong winds had been forecast overnight, the country was actually to be hit by the worst storm of its kind in 300 years.

Two meteorological factors caused what came to be known as ‘the Great Storm of 1987’: the huge temperature contrast in the Bay of Biscay – where cold air from the north collided with warm, moist air from the south – and the jet stream, which was much further south than normal for that time of year and moving very quickly.

These two things combined to form a deep area of low pressure which then moved north eastwards, up to the English Channel – bringing an extratropical cyclone, with hurricane-force winds, to southern and eastern parts of the UK.

[November 28, 2010: UK grinds to a halt as temperatures drop to record-breaking low]

The storm hit Cornwall first, before moving over Devon, the Midlands and beyond. The strongest gusts were recorded in south-eastern parts of the country, however, with winds in excess of 80mph. A gust of 94mph was registered in London – but that was nothing compared to winds of over 110mph in Channel Islands and the strongest winds of all, which hit Gorleston, Norfolk at 122mph. 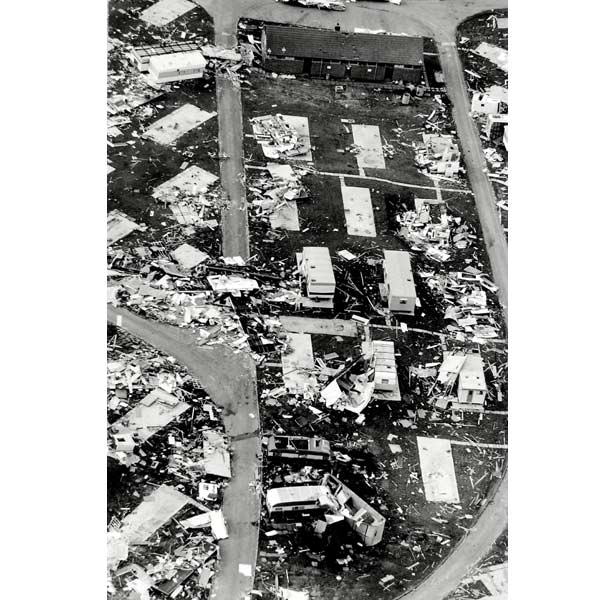 The cyclone caused damage to thousands of buildings and homes, ripping the entire roofs off some, and left millions without power – some for days – after trees fell on power lines. A caravan park was flattened in Essex and a Sea Link passenger ferry was blown aground in Folkestone – coastal areas being particularly hard hit.

Eighteen people were killed – including two seamen in Dover Harbour and two firemen who answered an emergency call in Dorset – while hundreds suffered injuries from falling trees and debris. Rescue workers responded to an unprecedented number of call-outs on October 15 and 16: in Ealing alone, 600 emergency calls came in from people whose homes and cars had been struck by trees and debris.

Fallen trees and collapsed buildings also led to transport routes – both road and rail – being severely disrupted in south and east England. Much of the public transport system in London was paralysed, and workers in the capital were advised against travelling into work.

Indeed, the winds led to so many trees – an estimated 15 million – being blown over that the landscape was dramatically altered overnight in places like Wakehurst Place in West Sussex, where 15,000 trees were destroyed by the storm, and Toys Hill in Kent, which lost 97% of its woodland. 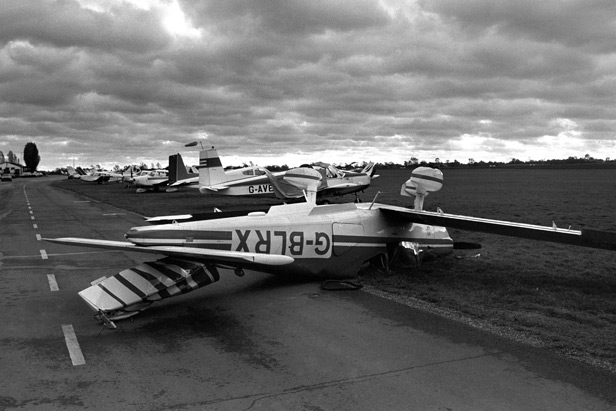 The Great Storm caused £2 billion of damage – and although a massive clear-up operation took place, it was days before many services were back to normal. It also led to a government inquiry into how forecasting could be improved, as the Met Office was strongly criticised for failing to provide adequate warning.

Met Office forecasters had, in fact, been issuing warnings of severe weather for several days before the storm – but in 2012, chief meteorologist Ewen McCallum admitted that they hadn’t got it right.

"It sometimes takes your darkest hour for a professional organisation to learn lessons, and we have learnt many lessons,” he said.

“The science, technology and the way we communicate has come a long way since 1987 – our whole game has been upped.

"Our four-day forecasts today are as accurate as our one-day forecasts were in 1987. This means that we can now provide more advance warning when severe weather is expected to affect the UK.".

Michael Fish’s forecast – Did you know? 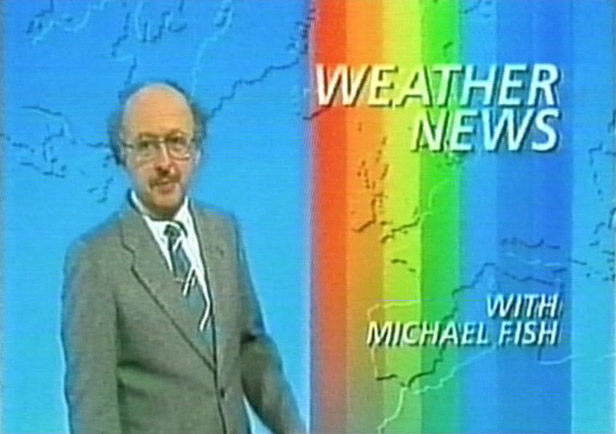