Relations between Ronald Reagan and Margaret Thatcher were strained after US marines invaded the tiny Caribbean island of Grenada - a Commonwealth state - to quell what they regarded as a Communist uprising.

Americans awoke on the morning of October 25, 1983 to learn that their military forces had invaded the tiny Caribbean island of Grenada.

That the world's preeminent superpower had chosen to unleash asymmetric warfare on a population of 91,000 (comparable to Hemel Hempstead) came as something of a surprise.

It went well beyond surprise in Britain. The invasion of a member of the Commonwealth was nothing less than an outrage. The action, taken without consultation, put a sizable dent in Anglo-American relations.

And British anger mutated into acute embarrassment after it became clear that the US had deliberated misled her most trusted ally.

Just hours prior to the invasion, Margaret Thatcher had sought Ronald Reagan's word that no action would be taken, and he duly assured her that America would not interfere with the internal affairs of an independent nation. 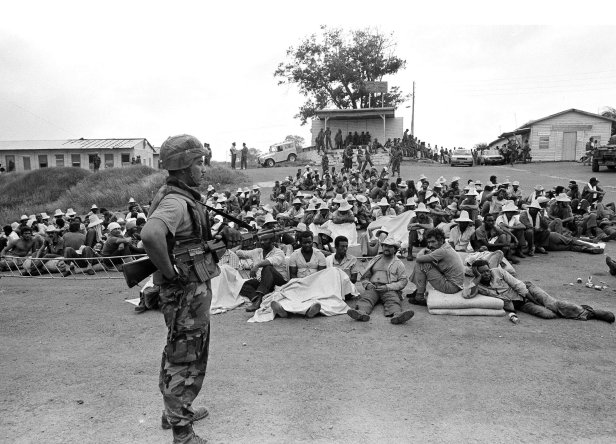 Later, recalling their telephone call, Reagan said: "She was very adamant and continued to insist that we cancel our landings on Grenada. I couldn't tell her that it had already begun."

The seeds of America's dispute with Grenada were sown in 1979 when Maurice Bishop, a British-educated leftist, seized power and began to forge close relations with Cuba.

But some senior members of Bishop's New Jewel Movement considered him insufficiently radical. He was deposed and executed by firing squad on October 19, 1983.

Grenada's shunt further towards Moscow sent alarm bells ringing in Washington. But US attention was soon drawn towards the Middle East where suicide bombers had claimed the lives of 241 Americans during an attack on US barracks in Beirut.

Historians claim that the distant atrocity sealed Grenada's fate. Following hot on the heels of the Iran hostage crisis, the terrorist attack had inflicted a further blow on American prestige. Reagan needed an easy win, and Grenada ticked every box.

At 05:00 local time on October 25, just two days after the attack in Beirut, around 2,000 US troops landed in the north of Grenada. Operation Urgent Fury, the first major offensive conducted by the US military since the Vietnam War, had begun.

Despite widespread outrage, the invasion force grew to over 7,000 in the following days and Grenada's meager defences soon buckled.

For the White House, the small one-sided war which led to the downfall of New Jewel Movement was nothing less than a watershed moment in American history. They called it the first real "rollback" of communist influence of the Cold War.

Under Reagan, now with the bit firmly between his teeth, there would be many more.

Invasion of Grenada - Did you know? 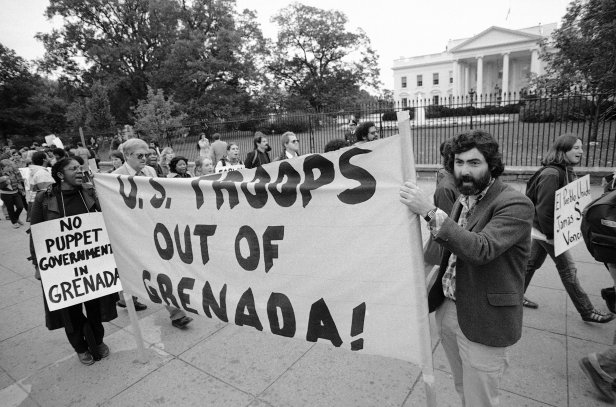